Robert Wickens is getting back on a racetrack during an NTT IndyCar Series weekend.

The Canadian driver, recovering from spinal cord injuries suffered last August in an accident at Pocono Raceway, will pilot an Acura NSX equipped with hand controls around the Exhibition Place street circuit, host for this weekend’s Honda Indy Toronto event. The necessary modifications have been made by Arrow, which sponsors the Arrow Schmidt Peterson Motorsports team that Wickens drove for in his 2018 rookie season.

This weekend’s IndyCar event is Wickens’ home race. He was raised in Guelph, Ontario, located about an hour west of Toronto.

“Probably just as exciting as when I shared my first steps (following the accident),” he said in an Instagram post.

Wickens will drive the NSX on the parade lap prior to the start of Sunday’s 85-lap race with his fiancee, Karli Woods, in the passenger’s seat. The race airs at 3 p.m. ET on NBCSN. 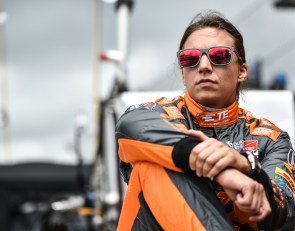