Earlier this week BMW pulled the plug on its FIA World Endurance Championship GTE Pro effort, before the end of its debut season.

It wasn’t a major surprise, as it’s been a challenging, winless, season for BMW up against four other world-class factories in GTE Pro. Rumors had been spreading the past few months that its days in the WEC were numbered, but having another manufacturer walk away is obviously a blow to the championship and Ford could follow close behind.

Collateral damage from the decision struck MTEK, the former DTM powerhouse that was tasked with running the BMW program. News of BMW’s departure came so late that the chances of Ernest Knoors’ team getting an alternate program together for the 2019-20 WEC season are slim. And with the WEC calendar now ‘winterized’ while most of the rest of the racing world still runs to a calendar year cycle, MTEK has been left out in the cold.

“We didn’t know this was happening,” Knoors (pictured above) told RACER. “We found out the day before it was announced, in the afternoon. But obviously there has been background noise — you know that programs are being evaluated, so it doesn’t come as a complete surprise.”

To make matters worse, as it stands MTEK still can’t work out its next step, as it needs to wait until its exclusivity deal is lifted.

“We have an exclusive contract with BMW, so we are restricted from talking to anybody for now. But that will be lifted pretty soon. We can’t really move until they make a decision. It’s very late in the game. Or, very early, as you’re looking at the next season.

“Where it leaves us is we are looking at what we want to do, with a program that suits our skills. We are considering what direction to take.

“MTEK has a full crew, as a unit we are independent, and we can operate a full program. We’ve come from DTM, and we’ve adjusted to WEC.

“We always had a good relationship with BMW — they were always happy with how we handled the car, which was not the easiest to work with. But I think generally we got the best out of it.”

So, with the closing date for 2019/20 entries in the rearview mirror, and the grid (behind the scenes at least) already formed, MTEK has to look to the 2020-21 season now for its next program.

“The closing date for the entries was Tuesday, so with the decision being taken that late it basically means we can’t lodge an entry for next season now,” he continued. “At the moment it’s not something we have ready to go either.

Would MTEK still want to continue in the WEC anyway? Knoors still feels his crew are not only adjusted to the championship but want to come back for more. The issue is that the team is missing one key resource — it has no cars, as BMW owns the M8 GTEs campaigned during the ‘Super Season’.

“We like the WEC,” he said. “We have very good experience in it. It’s a nice championship. There are difficulties and challenges, but its well run, well organized, and we found ourselves very welcome there. We’re looking for opportunities in that pit lane. We’ll take the next couple of weeks after Le Mans to decide which direction we should take.”

For now, though, the team has to focus on Le Mans next month, its final race with the M8 GTE. There, the German outfit has one last chance to prove its worth.

“In the end the news doesn’t change anything for Le Mans,” he concluded. “There’s huge disappointment, but this presents us with one more chance to do well in a big event and put ourselves out there as an operational unit. Everyone is always motivated to do well at Le Mans though — we don’t need special circumstances.

“This happens in motorsport, we have to move on. After Le Mans we start a new chapter.” 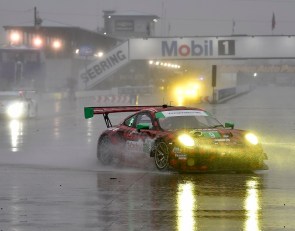