Marco Andretti will pay tribute to his grandfather by wearing the dayglo red color Mario Andretti drove into Victory Lane at the 1969 Indianapolis 500 on the No. 98 U.S. Concrete/Curb Honda. The announcement was made Thursday morning on NBC’s TODAY Show in New York.

“I’m really happy we were able to pull this off, it’s a really cool way to honor Mario’s 50th anniversary,” said the third-generation Andretti driver, who’ll debut the livery next week in testing at Indy. “The color will be hard to miss on track and the car looks great. We’re all very thankful that U.S. Concrete was on board to run the livery and make this year’s car as special as possible. We can’t wait to have a shot at bringing this car to victory lane on May 26.”

The elder Andretti was astonished to learn the colors and accents found on his winning Brawner-Hawk chassis would be transported from 1969 to his grandson’s entry for the 2019 Indy 500.

“I was full of pride when I learned that my son Michael was paying tribute to me this way,” Mario said. “The effort his team is going through to present this commemorative car is flattering.  Thank you to the team for that effort and also for acknowledging my part in Indy 500 history. I am honored to have Marco carry the design from my 1969 car.  I hope this winning paint scheme will be a good omen for him and that he’ll get his first 500 victory.  When I see the car, it will definitely be an opportunity for reflection.  It’s humbling.  It is a tremendous compliment to me that this team would look back at my victory and find it worthy of recognition.”

With the blessing of U.S. Concrete to use the No. 98 as a canvas to honor the Andretti family patriarch, a number of period-correct touches have also been added to the design. A retro Firestone logo, the block number style, and the initials “FB,” which Andretti carried 50 years ago near the front of the car to credit Frank Boeninghaus, the person who supplied the turbocharged Ford V8 that powered the Brawner chassis to victory, have been incorporated into the livery. 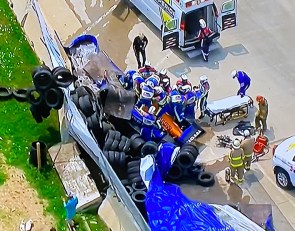 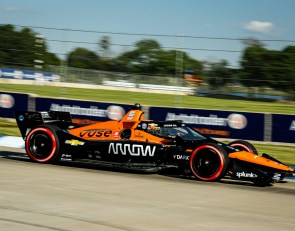 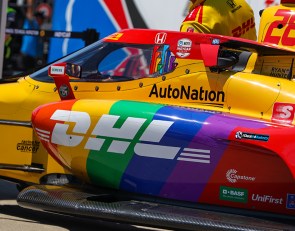