There’s something special coming together in Bowling Green, Kentucky, and it’s called a Blackwing. Hand assembled from start to finish by one highly-skilled technician, the Blackwing is Cadillac’s new, 4.2-liter, twin-turbo V8 engine, and it’s primed to blast some 550hp and 627lb-ft of torque to all four wheels of the highly-anticipated CT6-V.

The decision to power Cadillac’s newest luxury performance model with such an engine is exciting proof that V8s are still desirable and still relevant. While Cadillac offers many different engine configurations across its model range, V8s remain the heart and soul of the marque. Cutting-edge technology has made V8s more efficient, powerful and reliable than they’ve ever been – which is why it’s a V8 nestled in the back of the multiple championship-winning Cadillac DPi-V.R racecar.

“The engine architecture for the Cadillac V8 in the back of the DPi-V.R is the same as you’ll find in Cadillac’s CTS-V road car,” says Cadillac Racing program manager Laura Wontrop Klauser. “Each block and head for our racecar engines is manufactured at Cadillac before going to our partner, ECR Engines, for final assembly.”

Cadillac had several engine configurations to choose from for its DPi-V.R, but a V8 was always going to be the choice.

“When we were first designing the DPi-V.R, the V8 was a perfect fit for the racecar,” explains Klauser. “When we made the decision, we looked at durability as the number one priority, given the nature of the racing, particularly when you think of the first two races of the season at Daytona and Sebring.”

For the guys who race the DPi-V.R, Cadillac’s choice of a V8 gets a big thumbs up.

“The driveability of the engine is excellent, and we’ve been able make it even better over the past season,” says Mustang Sampling Racing driver Joao Barbosa. “Especially in traffic, we have so much torque that it allows us to easily accelerate around slower cars. That’s key because you can lose a lot of time in traffic. With this engine, we can race smarter – we have more options as to when and how we get through the traffic. We can choose the right moment to make our move.”

Adds Wayne Taylor Racing driver Renger van der Zande: ”Because the engine has so much torque, but without the power band being peaky, it actually allows us to be more relaxed in the racecar, relatively speaking. We don’t have to spend too much energy focusing on keeping within a very specific rev range for the engine to be effective. That’s a big help.”

Over the past two seasons, DPi cars such as Cadillac’s ultra-successful DPi-V.R have raced alongside LMP2-spec cars in the IMSA WeatherTech SportsCar Championship’s headlining Prototype class. To keep the competition balanced, the series restricted the performance of the DPi cars through various means. But starting in 2019, LMP2 gets its own class – and the DPi cars get to show more of their true speed.

“We were in favor of the class split,” says Cadillac Racing program manager Laura Wontrop Klauser. “Since the beginning of this program, we’ve been one hundred percent behind the DPi class because it provides a platform to race something that our customers can identify with and root for. Now, the class split will let the DPi cars fly.”

For “fly,” read record lap speeds in pre-season testing at Daytona when the shackles were first loosened.

“This has taken away any constraints to competing alongside cars that don’t have as many knobs to turn,” says Klauser. “Plus, it gives us the opportunity to compete directly against our competitors from Acura, Mazda and Nissan, and hopefully others in the future, in a more direct way.” 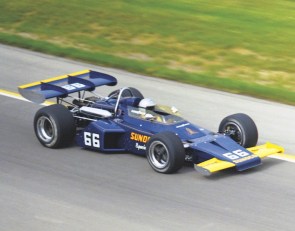 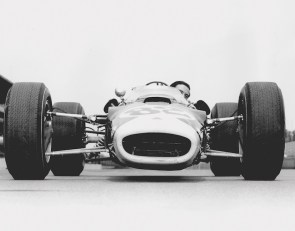 REWIND: Miller on Jim Clark at the Indy 500 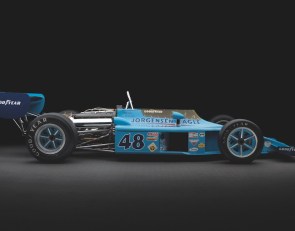