King of the Hammers bolsters off-road racing yet again

King of the Hammers bolsters off-road racing yet again

The vast, arid California lakebed that played host to thousands and thousands of rapid off-road racers, fans, industry representatives and media is quiet now. A hardworking armada of officials and volunteers has swept the desert, making sure that the human traces are also a distant memory. It’s time for those responsible for last week’s bar-resetting Nitto Tires King of the Hammers powered by Optima Batteries to reflect on a job truly well done – and to start planning on how to improve things yet again.

Collectively, the off-road community again altered the entire landscape in terms of defining event success. Led by Hammerking Production’s Dave Cole, from nearly every measure this massive gathering of the dirt nation has altered the collective mindset of all fortunate enough to participate; be it live in person on via hours of professional live-streaming seen around the globe.

Let’s start with the basics, which in today’s competitive world aren’t really basic at all.

The metrics of overall attendance show this year’s KOH was the biggest by far. Since the birth of racing itself, a timeless trick of promoters has been to bolster their event’s importance by artificially inflating gate numbers – often to a comical scale. In spite of setting up more controlled KOH access than in the past and stretching out the proceedings over more than a week, Cole’s final official head count will likely settle around the 50,000 mark. Let’s be clear: Those are unique visitors and not “through the gate” numbers that represent the same people on different days. For a venue without built-in amenities and a three-hour drive from a major city, this is impressive – and driving onto a remote lakebed via a vast sea of white RVs and trailers even more so.

Another fact? King of the Hammers now holds the nation’s second-largest permitted event by the Bureau of Land Management. The first? That Burning Man thing in Nevada.

Sponsorship? Judging by the brand attachments to all things KOH things are solid on that front, too. Besides obvious OEM support and event activation from Jeep, Can-Am, Polaris and Yamaha, corporate visitation lurked everywhere, including some higher-ups visiting from the blue oval. A true hallmark of motorsports relevance is the presence of tire companies, and almost every major player in the light truck/off-road category was present and accounted for including Nitto, Toyo, BFGoodrich, Yokohama, Maxxis, Falken and Mickey Thompson. Endemic off-road brands? More than you could count. None of this, of course, includes sponsorship of race teams from small to large, including shock companies to energy drink brands.

According to sources, the levels of corporate support eclipsed all previous records in 2019, thanks in large measure to the mixed vision of Cole and the Jerry Maguire-like presence of the Wasserman Media Group’s Travis Clarke, whose impact on the bottom line is tangible and obvious.

In traditional motorsport’s metrics, broadcasting reach is relegated to future time and place. However, the KOH business model has long fostered a cornerstone of taking live streaming to levels only seen in network live broadcasts with results that can be shared almost instantly. Considering the amazing technical challenges the King of the Hammers production team must face with weather, wind and a lack of direct power and internet, bringing together a week of coverage that includes live helicopter, drone, pit and in-car feeds is remarkable. Truly.

The proof of concept is in numbers, of course, not the platitudes. According to what is known so far, the global reach of KOH’s live streaming and its week-long schedule of events will make the IMSA and IndyCar folks take notice. An estimated audience of more than 1.5 million unique visitors spent a staggering sum total of 21,480,000 minutes enjoying the coverage, and that doesn’t take into consideration all of the traditional and social media news generated by 401 accredited media guests. All this without a network eyeball in sight (at least not yet, as ABC will carry a broadcast version of KOH at a later date).

In 2019, 420 teams participated in this cultural explosion, so the future looks incredibly bright. Just as significant was the influx of desert racing fans who witnessed the first appearance by 25 unlimited T1 race trucks (known as Trophy-Trucks to SCORE Baja aficionados). All of those racers seemed to relish in the professional approach of race organizers as well as in the jaw-dropping reaction of mainstream four-wheel drive and UTV folks seeing these pinnacles of technology for the first time.

Numbers are success and success can be in the numbers. But, that’s not the whole story.

There were also dozens of more human, artistic and historic triumphs like watching young Luke McMillin (pictured above) in the Toyo Tire Desert Invitational, taking home his family team’s first overall desert win a decade in the making.

No less touching was the hardcore domination of Jason Scherer in claiming his second consecutive Nitto King of the Hammer crown last Friday. Scherer (pictured below) is one of the sport’s true bright spots, a hardened and studied racer from Northern California gifted with the equally unique talent of being a throwback to the days of gentlemen racers like Phil Hill, Dan Gurney and Malcolm Smith.

On a personal note, there was nothing better than sharing a truly modern and world-class off-road race with RACER founder Paul Pfanner, whose long promise of attending an event with me finally came to fruition. His expressions were priceless, his sense of respect and awe even more so.

There is no doubt that the nature of business for KOH will be burdened with finding even more growth and even bigger numbers. Perhaps, just perhaps, it would be wise for all of those still cleaning out the dust and dirt from an off-road week well lived to instead take a moment and reflect on just how high a summit they have collectively reached.

King of the Hammers, KOH, Off Road 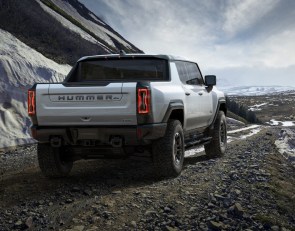 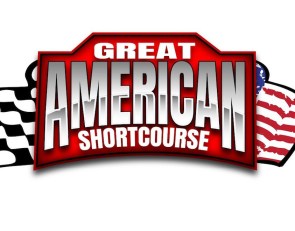 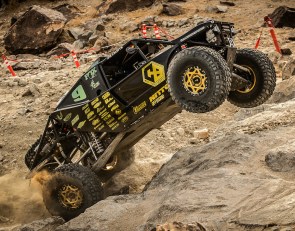