‘We must do better,’ Honda boss says

‘We must do better,’ Honda boss says

Honda’s general manager of motorsports Masashi Yamamoto says the Japanese manufacturer must do better in 2019 despite the progress it made last season.

McLaren and Honda ended its partnership early after three years of poor performance, resulting in a new pairing with Toro Rosso in 2018. Improved competitiveness saw highlights such as fourth place in Bahrain, but with the added pressure of supplying Red Bull next season, Yamamoto says Honda should not get carried away with recent improvements while it still lags behind Mercedes and Ferrari on many fronts.

“Everyone at Scuderia Toro Rosso and both its drivers played a big part in our development, not just on the technical front, but also thanks to their open-minded and positive attitude and cheerful disposition,” Yamamoto said. “This was a great boost for all Honda members. We established a close and honest relationship, built on mutual respect and that produced some strong performances, such as those in Bahrain, Hungary and our qualifying in Suzuka. For this, our sincere thanks go to the entire team.

”However, it was clear that our PU is still not at the same level as the very best in terms of performance and there is also room for improvement when it comes to reliability.

“Next season, we will supply two teams for the first time since we returned to F1 in 2015. We must do better and, with that in mind, everyone involved in the project is working relentlessly to be in good shape for pre-season testing in February. As we prepare for our second year with Toro Rosso and our first with Red Bull Racing, our aim is to continue to make progress and move up the order.”

While fully focused on 2019, Yamamoto acknowledges the strides Honda made last season and says the wider company played a role in the improved showing.

“2018 was the year when we embarked on our new partnership with Scuderia Toro Rosso. Overall, it was a positive season during which we made solid progress.

“Over the course of the year, we improved our PU in terms of performance and reliability, thanks to the huge efforts of our engineers and mechanics. We must also acknowledge the important contribution made by engineers working in other areas linked to racing and other Honda products.” 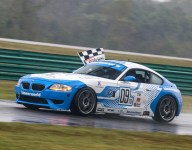