Q: As someone who is fascinated by the business side of motorsports, I am particularly interested in the promoters and tracks and the ways that they host an IndyCar weekend. I’ve always wondered how much a race title sponsorship would go for nowadays? I remember reading after the title sponsor-less Portland GP that Kim Green had said that they had had offers, but they did not meet the dollar value that they were looking for. Along that same vein, what would it cost a track like Portland, Mid-Ohio or Road America to host a race weekend? Would either of these amounts vary for races held at an oval? In any case, I’m sure that none of the promoters or tracks would be even remotely open to publicly providing that kind of information!

RM: Sponsorships are all over the board from $100,000 to $500,000 to $1 million, and sanction fees probably range from $500,000 to $1.2 million. Let’s say you paid $750,000 to IndyCar to host an oval race and got $500,000 as your title sponsor, so you would have to sell X number of tickets and concessions just to break even. And it’s basically a one-day event. But if you had a three-day street race like Long Beach with IMSA also running, obviously it gives the promoter more opportunity to sell merchandise, concessions and tickets. And Long Beach likely also commands a seven-figure sponsorship. Honda sponsors Mid-Ohio and gets its employees and customers involved with free tickets and promotions, so promoters Savoree-Green have a head start before a wheel is turned, and Sundays always draw a bunch of folks who aren’t connected to Honda.

Portland had a great turnout after a decade’s absence, and I imagine Kim Green and Kevin Savoree will score a good title sponsor next year. Iowa lost its corn sponsorship, and I would think any chance of sustaining the race depends heavily on replacing Iowa Corn. Road courses (Road America, Mid-Ohio, Barber and Portland) have made a nice comeback in IndyCar, and it will be interesting to see if COTA or Laguna can pull a crowd. Long Beach is still strong after five decades but it’s still expensive to pull off a street race, and Toronto and St. Pete seem to be hanging in there, but ovals remain the toughest sell. Texas re-upped so it’s figured out how to make it, and Pocono is likely still around because of ABC Supply. Bottom line, if you don’t have a good title sponsor, I don’t see how you can survive.

Q: With Townsend Bell signing with AVS in IMSA and Paul Tracy’s off-season issue, how is the broadcast team shaping up? Aside from your pivotal role in the broadcast. Paul and Townsend have been some of the best parts of the broadcast, aside from the racing itself.

RM: Looks like Iowa is the only conflict for T. Bell and P.T. is cleared, so they’ll be in the booth with Leigh Diffey.

Q: In your last Mailbag, you mentioned IndyCar will open the season earlier in 2020 and that you thought we would have 20 races in 2020. As far as an earlier start of the season, would that be somewhere warm in the winter in the U.S., or maybe in the southern hemisphere like Australia or Brazil? Any hints where the additional three races will come from? Ovals, road courses, or street circuits?

RM: I’m speculating an earlier start based on the interest from Australia but nothing is official yet, and I know IndyCar has said 20 would be an ideal number, so let’s just say it’s going to add one of each.

Q: Glad to see you back to work. IndyCar has discussed racing in Nashville, but not at the superspeedway venue. Cup seems to be heading back to the Nashville Fairgrounds, which is a 0.6-mile oval. IndyCar and NASCAR have both talked about aligning dates, finally. Is it even possible for modern IndyCars to race on 0.6 miles? And what is the shortest track IndyCar has gone to since they dropped the dirt division?

RM: I went to my go-to-guy for everything, the pride of Tennessee, Russ Thompson our NBC fact guru, and here’s what he had to say: “The shortest track has been Richmond at 0.75 mile. Next is Sanair at 0.826, then Iowa at 0.894 and Nazareth at three different measured lengths. Two of those were shorter than a mile. Just my personal opinion – I’ve raced karts on that track and it’s none too big for karts. I can’t imagine an IndyCar race there, although the American Indycar Series held a race there in 1991, and Tony Bettenhausen brought his CART car in 1988 and did a demonstration run before a local race.” 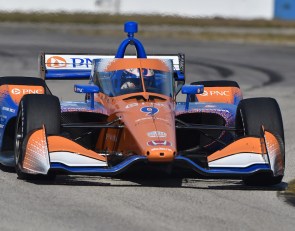 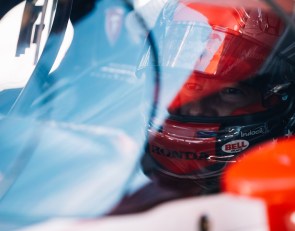