Above: IMSA: Celebrating 50 Years looks back at the moments, machines and people that contributed to IMSA’s history.

RACER’s Robin Miller served up a solid list of holiday gifts for IndyCar fans — mostly of the book variety — and with sports car racing near and dear to our hearts, here are some options to consider for friends or to add to your wish list.

Published by Visions of Power Press, you’ll need to fortify the coffee table or reinforce those bookshelves to handle the weight of Hurley: From The Beginning. The Hurley Haywood autobiography, written with Sean Cridland, is pure excellence. More than an inch thick, this hefty offering fits the detail and gravity found within its pages. An American racing icon, Haywood’s complex life — from serving in Vietnam to finding his way as a gay man in a heterosexual sport — travels well beyond the normal racing autobiography arcs.

IMSA fans have been blessed with two significant offerings in recent months with the autobiographical book written by Mitch Bishop, son of IMSA founders John and Peggy Bishop, and lifelong IMSA man Mark Raffauf. IMSA 1969-1989: The Inside Story of How John Bishop Built the World’s Greatest Sports Car Racing Series, published by Octane Press, covers the years the series was owned and led by the Bishop family, and is loaded with amazing stories from those who were on the inside. It’s the deep dive IMSA has needed in book form, and even the unsavory bits — the narco years — are covered.

And with IMSA’s golden anniversary celebrations set to start in 2019, the official book commissioned by the series, IMSA: Celebrating 50 Years, published by IMSA in partnership with Racer Studio, takes a thematic approach to all that has fallen under the IMSA banner, including the American Le Mans Series, and delves into the series’ greatest drivers while pulling from extensive photo libraries.

Sports Car Racing In Camera 1980-1989 from Behemoth Publishing follows its previous photo books on the theme covering the 1960s and 1970s, and is pure eye candy. It spans North American and European sports car racing for the most part, and if you’re keen on reliving the past or learning for about some of the great or quirky cars that came before you, it’s a great visual resource to have.

Another gem to consider is Derek Bell: All My Porsche Races, from Porter Press. Derek Bell. Porsche. The perfect marriage of driver and manufacturer. Bell and co-author Richard Heseltine explore the all of the drives in Porsche 917s, 962s, and everything in between as the Briton scored wins and championships at every major event imaginable.

It isn’t exclusively sports cars, but David Hobbs’ new autobiography Hobbo, from Evro Publishing Limited, falls in the same category of Hurley: From The Beginning, in terms of its exhaustive efforts to present David’s life — from his childhood through a 40-year broadcasting career — in printed form. Driven by his patented humor, and written with the help of countryman and fellow broadcaster Andrew Marriott, Hobbo is a rich adventure through decades of trying to make it to the top of sport and, on rare occasion, meeting those objectives. Minus the self-congratulatory nonsense found in many other autobiographies, Hobbs tells a tale of someone who was rarely the best at his craft, yet carved out a stellar career for himself as a professional gun for hire. It’s raw and honest, like Hobbo’s central character.

The last suggestion dips out of sports cars and fills in a must-have item for IndyCar or Formula 1 fans. The Perfect Car: The Autobiography of John Barnard, also published by Evro, is everything the technically-minded could ask for from the legendary designer of the Chaparral 2K, aka the ‘Yellow Submarine,’ and all manner of amazing F1 cars. It’s the book every race engineer, data engineer, tire engineer, and even race car designers have wanted. 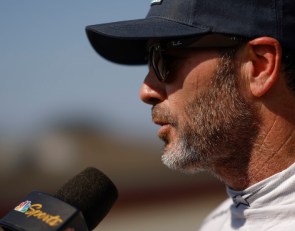 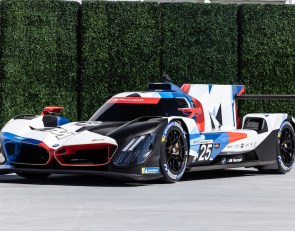