With the leader logging more than 900 miles at NASA’s 25 Hours of Thunderhill presented by Hawk Performance, drivers settled in for a long night of racing under the stars.

A mechanical issue with the front-runner gave the opening CrownStrike/One Motorsports needed, and the team has taken advantage of it in a big way. The Radical SR3 is up 13 laps over teammate One Motorsports/Hankook.

“Right now, we’re very fortunate that our car has been very reliable. The guys at One Motorsports have done a fantastic job to build two cars, knock on wood, running flawlessly,” said Mike Johnson. “That’s on the plan we can stick to is keep them running and do a good job. We still have 15 hours left and I don’t think anybody expects these cars to make it 25 straight hours without an issue. We’ll just keep chugging along until something goes and we’ll deal with it.”

While Crowdstrike/One Motorsports continues to extend its overall lead, a good battle for second place is shaping up between the Toyo Tires/Flying Lizard Motorsports Porsche RSR and the Radical being supported by One Motorsports/Hankook. The race goes until noon Sunday.

HQ Autosport Racing had the largest lead of the seven classes, running 17 laps ahead of its classmate Shift Up Now.

There were no full-course cautions in the first 10 hours of the race. 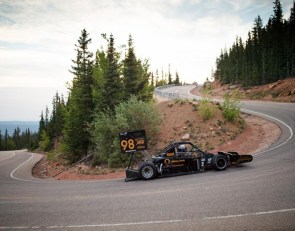 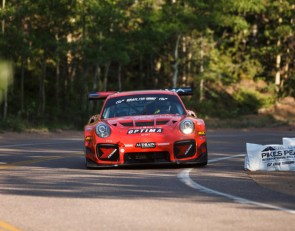