From second on the line, Alex Rins (Team Ecstar Suzuki) got the holeshot and produced a stunning opening lap, the Spaniard 1.7s ahead as the field crossed the line, with Vinales (Movistar Yamaha MotoGP) getting a good start in P2 before Andrea Dovizioso (Ducati Team) used the Desmosedici grunt to get by on the straight. Meanwhile, Pol Espargaro (Red Bull KTM Factory Racing) had got off to a flyer from P6, getting the better of  Marquez (Repsol Honda Team) and Viñales but it was all about Rins – the Suzuki decimating the field to lead by over three seconds after three laps.

However, the rain was relentless and track conditions were deteriorating, leading to several crashes. Aleix Espargaro (Aprilia Racing Team Gresini) and Jack Miller (Alma Pramac Racing) were both fallers at Turn 3, before drama then happened at the front. Espargaro crashed out of P4 at Turn 3, but he was able  to rejoin, Newly crowned champion Marquez then crashed on the same lap at Turn 9, the Spaniard fortunate to walk away without too much pain with his shoulder, dislocated in a crash during qualfying. However, the Spaniard was unable to remount.

After a chaotic couple of laps, Rossi was sitting in P3 behind race leader Rins – whose lead was now 2.2s – and Dovizioso, with teammate Vinales in hot pursuit of Rossi. But on Lap 13, Vinales suffered a huge crash at Turn 13 as the rain continued to hammer down, with Franco Morbidelli (EG 0,0 Marc VDS) also crashing on the same lap at Turn 8 – the Italian out of a career-best P5.

It was nothing but a race of attrition at this point as Bradley Smith (Red Bull KTM Factory Racing) then crashed but Dovi and Rossi were closing in on Rins, the gap now down to nothing. The duo then got the better of Rins after the Spaniard was wide at Turn 11 but as the leaders crossed the line, Dovizioso raised his hand and the race was red-flagged on Lap 14.

With three-quarter race distance not completed, a 14-lap race was scheduled with only the riders who were classified on Lap 13 allowed to restart, their positions on Lap 13 deciding the order of the grid. Rins was therefore on pole, Dovi P2, Rossi P3 and Dani Pedrosa (Repsol Honda Team) P4 on his swansong ride.

The front row held station as the lights went out and all 16 riders safely negotiated the opening exchanges, with Rins leading. However, Dovizioso was once again able to get the power down on his GP18 to power past Rins heading onto Lap 2, with Rossi in close pursuit. The three leaders quickly gapped fourth-place Espargaro by 2.9, Pedrosa tucked in behind the KTM in P5.

The rain was once again starting to fall and conditions were still treacherous as the leading trio were all in the low 1m43s – two seconds quicker than anyone else as it soon became a three-horse race for the final win of 2018.

On Lap 6, Dovizioso pulled the pin to create a one-second gap back to Rins – a 1m49.921s creating that gap, with 1.5 now splitting the trio. Another fastest lap then followed for Dovizioso, as Rossi made his move past Rins at Turn 4 – 1.5s the gap to his compatriot with eight to go. However, with six to go, the gap was up to 2.4 and a lap later, Dovizioso’s lead was over three seconds. But then, Rossi was down at Turn 12, lifting Espargaro and KTM up to a podium place.

Everyone held firm and it was last-lap time; Dovi’s advantage was four seconds to Rins as both crossed the line to take fantastic season-ending results with Espargaro keeping Michele Pirro (Ducati Team) at bay to take his and KTM’s first MotoGP podium. 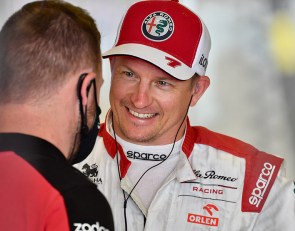 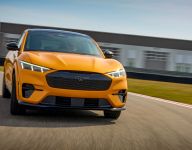