Victor Franzoni is set to take part in this weekend’s 200km of Buenos Aires in the Super TC2000 series.

The 23-year-old Brazilian, who finished fifth in this year’s Indy Lights championship for Juncos Racing, was invited by Renault to compete in one of the biggest events of the Super TC2000 season in Buenos Aires, the hometown of Juncos team owner Ricardo Juncos.

He will join Ambrogio Racing and share driving duties of the No. 8 Renault Fluence GT with teammate Martín Moggia at the Autodromo Oscar and Juan Galvez, a 2.1 mile, 14-turn road course. He’ll face a familiar competitor in Santi Urrutia, who finished third in the 2018 Indy Lights championship and earned a podium at the Buenos Aires race in his debut last season.

“I’m very excited for this new challenge I’ll have this weekend after a great full season in the Indy Lights Series with Juncos Racing,” Franzoni said. “I’m going to Ricardo’s home country to race in one of the top series in Argentina, the Super TC2000. It will be awesome because the cars are super fast and have around 450 horsepower and front-wheel drive. This will be really different from what I am used to racing.

“The drivers are top level so it won’t be easy, but I will learn the track and car as fast as I can and we will see what happens. I will be sharing the car with Martin Moggia, a great driver with a lot of experience with this car. I want to thank Juncos Racing for all of their support as I go to their country and live a new experience.”

Added Juncos: “It will be good to see how Victor adapts to the car, as this will be his first time in this type of car and at this track. It will be a challenge, but I am confident he will find success. It’s great to see him there and I am very happy for him. My dad is going to be there at the race track with Victor and the team, so he will have part of his Juncos family there to support him.”

Franzoni’s offseason also includes serving as a judge for the Mazda Road to Indy USF2000 $200K Scholarship Shootout in December, as the 2017 Pro Mazda champion and a panel will determine the winner of a $200,000 scholarship from Mazda to enter the Cooper Tires USF2000 Championship in 2019. 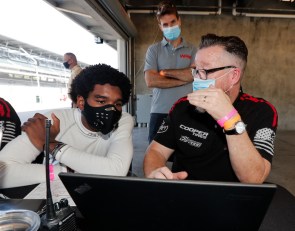 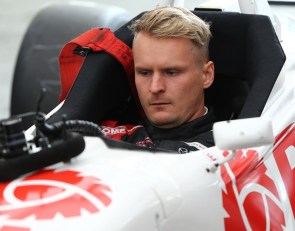