With the SRO Motorsports Group taking a controlling interest in World Challenge parent WC Vision, some changes were to be expected. Changes in format came earlier this year, with the revelation that GT/GT3 would be all 90-minute, two-driver races, and GT4 would include both Sprint and SprintX championships. Things became clearer at the Blancpain GT Series finale in Barcelona, starting with a name change for the series.

While the series will continue to run on Pirelli tires, the Italian tire company will no longer be the title sponsor for the GT series. It will be known as Blancpain GT World Challenge America, a naming convention adopted by the other series in Europe and Asia.

“When you talk about where we were Sept. 1 and we did an announcement about GT3 and what we were looking at for next year, we talked about seven races and composition of the weekend events,” says WC Vision President and CEO Greg Gill.

“We didn’t talk about an underwriting sponsor and one of the things that is now clear is the development announced at Barcelona. Blancpain GT World Challenge America will be the same seven races as discussed at the Watkins Glen GT3 customer meeting.”

Those seven race weekends, each a doubleheader, start at Circuit of The Americas on the first weekend at March and ends at a “Grand Finale” on Oct. 19-20. While the location of that finale hasn’t been announced, there has been speculation that it will be at WeatherTech Raceway Laguna Seca; that date is similar to the date of previous World Challenge finales at the track, and near the date of the Intercontinental GT Challenge in 2017-’18, which will be in March next year. In between COTA and the finale, the series will visit VIR, Canadian Tire Motorsport Park, Sonoma Raceway, Watkins Glen and Road America.

GT4 America will have two components, Sprint and SprintX. Except for the early part of the season and the addition of Portland, the schedules will mirror GT. The Sprint series will begin its season with IndyCar at St. Petersburg and continue that association with a single race at the Grand Prix of Long Beach. SprintX will begin its season at COTA. Both series will be a part of the Rose Cup races in July at Portland.

“GT4 was a big variance form the Portland announcements. What do you do about a two-driver format versus a single-driver format? We’re honoring both of those, because we saw such growth in GT4 with the two-driver format, yet there were traditionalists — people that were in the minority in terms of entries, but they were the long-term customers, who said, ‘I want to be the single driver in the car.’ How do we address both of those? We were able to do it by having the track time, by focusing the events where we can have the headliner GT3 cars being the main event, and have a double championship for GT4,” explains Gill.

That means that at most events there will be four separate GT4 races — two Sprint and two SprintX competitions. The original announcement had GTS being a sprint series, and GT4 America being east and west SprintX championships. There will still be Eastern and Western championships, conducted within the national series.

One thing Gill stresses is that each series — Blancpain GT World Challenge America, GT4 America and TC America — has its own identity. And while many events will include all three, there are events like St. Petersburg where GT4 and TCR will be present but others won’t be.

“We’ve told people that we want each of the individual series to be a destination unto itself,” says Gill. “People have complimented us on a wonderful ladder system, and we’re very thankful for the drivers that have graduated and moved that way through the series, but we never set out to become a ladder system. One of the things we’ve really worked on, and you’ll see details in 2019, is for each of the classes to be a destination so that people who are racing in Touring Car will be feeling that they have something special and unique. Same thing for GT4 America and for Blancpain GT World Challenge.”

2019 will mark the 30th year of World Challenge, which was born from SCCA Pro Racing’s endurance showroom stock series, and the 25th year of SRO. The announcements from Barcelona made it clear that World Challenge isn’t subordinate to Blancpain GT, but part of a global conglomerate of GT3 and GT4 series.

“I want to make sure people understand the excitement and opportunity,” adds Gill. “I think from the fan standpoint and certainly the team standpoint, to be involved as part of the Blancpain GT World Challenge is a really neat opportunity and nice step forward for the series. Our 30th year is something to be proud of, but as we all know in motorsports, it’s not about what you once did, it’s about where you’re going and what’s next. That’s what we’re most excited about. We’ve seen great growth of the series and renewed interest in all the classes racing with us, so it’s going to be a really good year.” 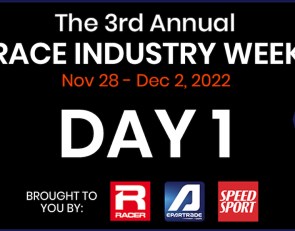 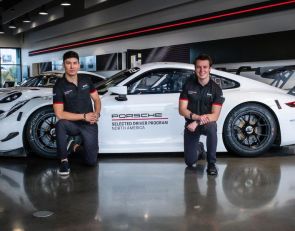 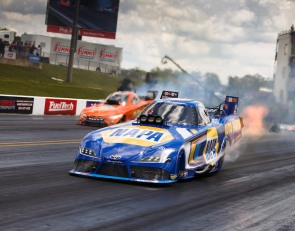