Tom O’Gorman started autocrossing before he had his driver’s license. At 26, he’s just secured his second Pirelli World Challenge Championship.

In his second season campaigning the latest generation Honda Civic Si in Touring Car A, the Ohio native known for his signature blue-framed sunglasses took five wins, including a sweep at the Utah Motorsports Campus, and never finished off the podium until the final weekend at Watkins Glen. There he won the first race but failed tech inspection, and finished fourth in the second race. But by the time the series got to The Glen, he had already clinched the championship.

“We came into this season with one goal with Honda, and that was to win this championship,” said O’Gorman. “I’m happy to have accomplished that goal. We started with this car at the beginning of 2017 and ran the entire season as kind of a development year. They actually allowed us to race the car before it came out as a street car. We continued to figure out not only what the car wanted, but what the series would allow as a turbo, front-wheel-drive car coming into this series in this kind of sports car, street-based class. After figuring out what the car wanted, we expected to come out of the gate swinging in 2018 and clinched the championship after 10 races.”

O’Gorman had previously won the TCB class in 2016 in a Honda Fit. He crowdfunded his way into pro racing for a handful of races in 2015 after starting with autocross, club racing and instructing. That caught the eye of Honda, and the manufacturer has been his supporter for three years. For this season, he got some help from Honda ace team RealTime Racing to assist with logistics and with a year of development on the Civic, came out ready to rumble.

“We’ve never had a mechanical failure of this car that barred us from finishing a race. I’ve had the same volunteer crew working on my car since my 2016 B-Spec season,” he noted. “They’ve come along with us under this RealTime tent and they’re still the ones in charge of this car. I like to think that I drive consistently, I drive to what the car can do and I drive smart. I’m always thinking championship rather than race wins, so I know how to pick my battles.”

O’Gorman leads the way at COTA in March.

He has a couple of particularly proud memories – winning the championship aside – from 2018. Those include winning the second race at Circuit of The Americas, where he was 3.5 seconds off the pace last year. “We won the second race commandingly, and that was the motivation we needed to start after what was a more-discouraging-than-not 2017, developing the car and not getting to run at the front,” he explained. The other came later in the season in Utah.

“Race 1 at Utah was a big one, because it was by all accounts the closest the [Subaru] BRX and the Civic Si have been in being competitive with one another, making speed the way you’d expect them to make speed differently on the track. For 30 of 40 minutes of the race, it was an extremely close battle until one of three things was going to happen – a crash, an off, or a really, really close finish. The other driver made an off and I got to win that race. That was a proud moment for sure,” he says.

So O’Gorman has two championships in Hondas, one in the now-defunct TCB class and now one in TCA. His progression as a driver and up the ladder have been steady, and there are a couple of directions he could go, but he makes it pretty clear that there is one thing he has his eye on for his next step.

“Hopefully it has an ‘R’ on it,” he said with a smile as the RealTime crew worked behind him on the Honda Civic Type R TCR car with which Ryan Eversley won that championship. “In some way or another, whether it’s a Honda Civic Type R in TC or a TCR, that’s the goal. Luckily Honda has been my supporter since 2016. So my goal is to grow with them and they exist in TCR, they exist in GT3, and you never know where else they might exist. Obviously prototypes are the pinnacle of sports cars … I want to grow as far as I can with them, but TCR is the next logical step. The pipe dream would be TCR full time in IMSA and World Challenge both next year. Aim high, right?” 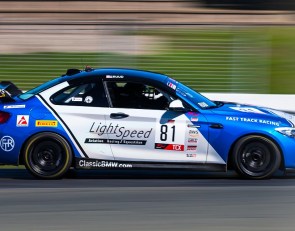 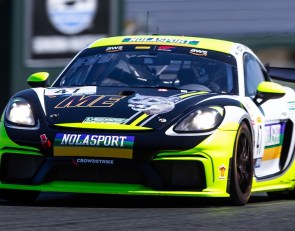 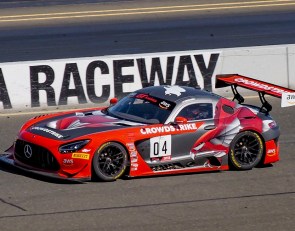