Ricardo Juncos says he’s almost finished building a second car that could be used in testing – and racing, if he finds himself in a position to run two cars next year.

The Argentina native, whose Verizon IndyCar Series team has taken part in most of the 2018 season with its No. 32 Chevy, says expanding to two cars on a regular basis is not currently the goal.

“We will have two cars ready two weeks after Portland, but that doesn’t mean we’re going to run two cars,” Juncos told RACER. “We are building the second car for my idea that off-season testing regulations is only three days for each team. You can go with one car, or four cars, or however many you want. If we only have one car ready, it’s three days, but with two, it’s [like] six. Six opportunities for people to test.”

Although Juncos isn’t planning to put two IndyCar entries on the grid next season, he could be convinced to double up and contest fewer rounds with more drivers if the demand is high.

“It’s something to think about,” he said. “I could do 12 races with one car and one or two guys, but next year, if I have three or four drivers wanting to do races, maybe it’s better to do six [races] with two cars, so they have more data and can make things better than only doing it with one. But it doesn’t mean I’m running two cars. I want to have two cars ready to have options.”

After skipping Pocono and Gateway, the No. 32 Chevy returns this weekend with Mexico’s Alfonso Celis Jr. behind the wheel. 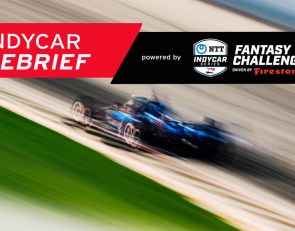