Grahovec a key player in BMW's renaissance in PWC

Grahovec a key player in BMW's renaissance in PWC

BMW has long been a staple in Pirelli World Challenge competition in both GT and Touring Car. Jeff McMillin won a GT championship in an M3 in 2000, and Bill Auberlen won a couple of Touring Car championships in a 325i in 2003-’04. But for a while the German marque almost disappeared completely from PWC competition. That would be hard to imagine looking at the GTS and Touring Car grids now – the brand has undergone a renaissance in PWC, and Toby Grahovec is largely responsible for that.

“I was begging BMW to bring the M235iR over to the U.S. since they announced it for Europe,” says Grahovec, whose day job is motorsports manager for Classic BMW in Plano, Texas.

“Then in 2016 I got them to bring it over. They did the BoP test at COTA; we got the cars 10 days before the first [TC] race. We finished second in the first and won the second race and had a good rest of the season. We ended up winning the championship by five points.”

The M235iR is factory-built racecar that could be had for around $100,000, which is a relative bargain as far as 333hp factory-built racecars go. It was used in a one-make series in Europe and was also a popular model for production car races such as the 24 Hours of Nurburgring. Once U.S. racers saw the car and its potential, the population ballooned, tripling by the final race of 2016 and exploding for 2017; entries in some races last year neared that of the European spec series. The majority of the cars in Touring Car are the 235iR and three of the top five drivers in the points are driving BMWs.

“The price point for the M235iR … less than 100k, and you get a Touring Car, which back in the day it was way over 100k to build one. It’s a cheaper entry,” Grahovec says of the car’s appeal.

“But, then, I guess if you build 50 or 150 of them, it brings the cost down, right? You are able to sell them at a lower price than it would cost a shop to build them. And the car is super reliable. The cars were designed to race in 24-hour races, so an hour or 40-minute sprint race is easy for those cars. The power is detuned so the motors last forever and it keeps reliability high.”

Grahovec’s history with BMW in World Challenge precedes the 235, though. After winning a couple of SCCA Club Racing national championships in a Showroom Stock B Z4, he brought the Z4 to Touring Car A in 2015 with some success, including a win at Mid-Ohio.

Two years after the introduction of the M235iR, the M4 GT4 has become one of the most popular cars in GTS, especially for SprintX. Naturally Grahovec is running one for himself and others for customers and, like the 235, the M4 GT4 is the single most popular model in any given SprintX race. Grahovec thinks it comes down to the car being a great all-arounder.

“I think the M4 is one of the best cars under braking,” he explains. “Even with all that weight the BoP is giving us, the car still outbrakes anything out there. It handles well. It’s good at it all; it’s probably the most consistent car. It doesn’t eat up tires and it’s fast for the whole race, which is very important.

Run primarily by Fast Track Racing (Classic BMW), ST Racing and Stephen Cameron Racing, the M4 has scored some wins in GTS Am, at the hands of Grahovec/Chris Omacht – (VIR and Utah) and Aurora Straus (with Al Carter at COTA and Jon Miller at VIR). Straus is second in the Am standings going into Watkins Glen, and Grahovec/Omacht are third.

At the most recent PWC event at the Utah Motorsports Campus, there were 17 BMWs spread between GTS-X and Touring Car (and that doesn’t count the one-off Turner M6 GT3 in GT). The next most popular marque was Audi, with 11 cars across GT, GTS and TCR. A relatively low buy-in cost for the GT4 and TC cars, reasonable running costs for competitive machinery, and Grahovec’s advocacy has made BMW big again in World Challenge. 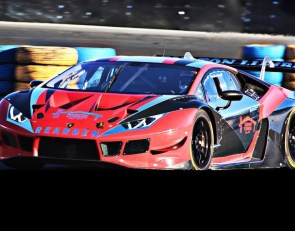 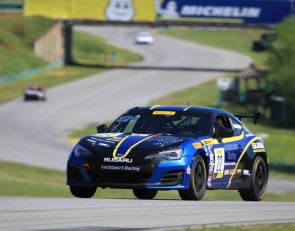 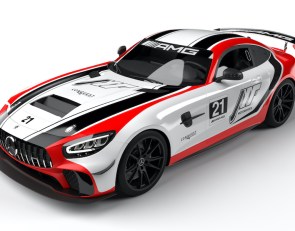