It has been a summer for big moves. While Daniel Ricciardo’s switch to Renault was a late shock – a decision made in the 48 hours before the news broke – Fernando Alonso’s announcement that he will not race in Formula 1 next year has been a longer time coming.

Alonso is one of the sport’s greatest talents, capable of delivering performances above many others on the grid, and with such consistency that only once has he scored fewer points than his teammate over a season. And even that solitary blot came during McLaren-Honda’s horrible 2015 season where he and Jenson Button combined for just 27 points in total.

But such a season of struggle from a team competitiveness standpoint has not been completely alien for Alonso, whose F1 career has been punctuated with poorly-timed moves and difficult years away from the front.

A double world champion at the age of 25, Alonso appeared to have the world at his feet and Michael Schumacher’s records in sight when he made his move to McLaren in 2007. But that year proved to be the defining example of Alonso’s volatility within a team as much as his incredible driving ability, and title number three slipped through his fingers. He would never get his hands on it again.

At that moment, I don’t think there was a single person in the Formula 1 paddock who would have foreseen Alonso’s subsequent career path and predicted that he would not win another drivers’ championship given a further decade racing in the sport. He was just too good not to.

2010 was oh-so-close, and 2012 similarly so. The latter is, in my opinion, the most complete season a driver has produced in Formula 1 in the past 10 years, with a small error at the start at Suzuka perhaps the one moment separating the Spaniard from what would have been a sensational championship success.

The move back to McLaren at the end of 2014 was on the cards for a number of months as it became increasingly clear that Alonso was leaving Ferrari with other options closing off around him. Even that was a major turnaround given how his previous year with the team had gone, but the Honda partnership was going to leave him scrapping for lowly positions rather than wins – or even podiums.

So this year was the last roll of the F1 dice. Could the new Renault deal – a company he’d had his greatest successes with – finally bring Alonso back to the front? Sadly, the answer has been an emphatic no.

Alonso has been immense to watch throughout his F1 career, and two titles do not do his talent justice, but it’s not a case of luck. There is so much of his final record (should he not return in future) that is down to the decisions he made, and the bridges he burned, that make the lack of a third championship less of a travesty.

At various stages of this year, seats have been available at Mercedes, Ferrari and Red Bull. The three dominant teams have had vacancies, and arguably the best all-round driver on the grid has not had a realistic chance of getting any of them. That says nothing about Alonso’s talent, but everything about the reputation his years since winning a second world title have brought.

With McLaren clearly a long way from being able to win races again – a point the team itself admits as it embarks on a significant technical restructuring – the 37-year-old had no better option than to stay put if he wanted to remain in F1. And last year’s Indy 500 attempt clearly showed him there is more to life than simply being a grand prix driver.

Since last May, Alonso has engineered himself into a number of different categories and seen his stock skyrocket outside of the F1 bubble (as if he wasn’t already highly rated) by proving his adaptability to different cars and categories. His run at IMS was thrilling to watch, and his night stint at Le Mans this year was spoken of in the highest regard.

And it’s off the back of those performances that Alonso has made absolutely the right decision to not race in F1 next year. His statement is clearly worded – he could be back, but only if McLaren is fighting at the front again. That’s unlikely for the team in 2019, but not for the driver who can race in IndyCar, WEC and even IMSA if he wants. Let’s be honest, there’s not a series in the world that wouldn’t do everything in its power to find a way of getting Alonso a drive right now.

It’s exactly that sort of treatment that Alonso deserves. And racing fans around the world deserve to see Fernando Alonso at the sharp end, fighting for wins and championships.

It remains to be seen just where Alonso will end up, but it’s unlikely to be one specific series. Wherever he is plying his trade, he will be a serious contender.

It’s not a time to be sad he’s leaving the F1 paddock, it’s a time to be excited about what he’s going to do next. And given the nature of Alonso’s career to date, you’d have to be pretty brave to bet on him not coming back for another crack in a year or two… 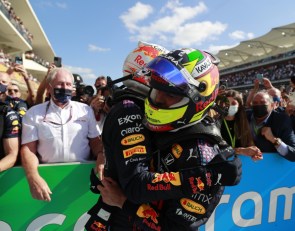 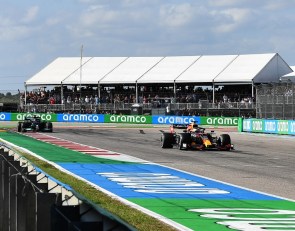 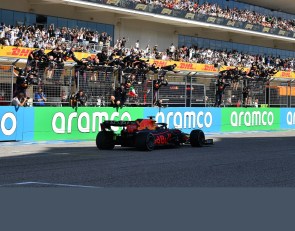