FIA, ACO and IMSA push on in race to shape Prototype racing's future

FIA, ACO and IMSA push on in race to shape Prototype racing's future

The clock is ticking for the ACO, FIA and IMSA. We’re now a midway through April, and the ACO’s self-imposed deadline of June (at Le Mans) to reveal the outline of the 2020/21 regulations for the WEC’s top class is approaching fast.

Work is on-going in the background at some pace, however. Speaking with select media outlets at Paul Ricard, ACO President Pierre Fillon, WEC CEO Gerard Neveu, newly appointed FIA Endurance Commission President Richard Mille, and ex-head of Audi Sport and now ACO consultant Dr. Wolfgang Ullrich fielded questions about the vision for the future, with the prospect of a unified prototype class very much part of the agenda.

That unification is still at the core of discussions, and while there may be a minor disconnect between the deadline for the ACO, and the potential adoption of new regulations by IMSA, after the confirmation of the current DPi homologations until the end of 2021, there appears to be a steadily growing prospect of at least outline agreement on a common formula.

The full vision is yet to be defined, but progress has been made, several aspects of the proposals now clear.

What we won’t see are racing versions of current road-going “Hypercars,” the cost of such vehicles driving any prospect of that solution off the agenda. There’s a clear drive to make the future sustainable and attractive for both large and small manufacturers – a hard task, but one that isn’t impossible. 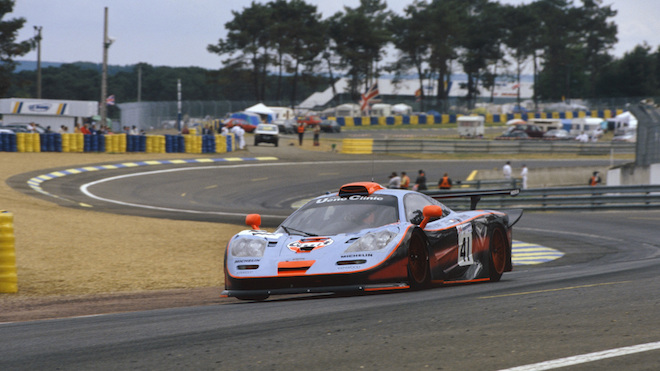 Toward that aim, the intention is to concentrate on making the cars “sexy” as Mille put it, with “GT-Proto” – prototype cars with clear OEM styling cues – very much still on the table, keeping costs under control to persuade as many manufacturers as possible to consider LMP1 as an option.

The parties present would not be drawn too far on the levels of interest they expect to turn into real programs, though it is already known that manufacturers into double figures are engaged in the background discussions – including both major large-volume auto manufacturers and some of the more “boutique brands” like Aston Martin, Ferrari and McLaren. Despite its recent withdrawal from LMP1, Porsche is also believed to be involved in at least outline discussions.

Clearly, the aim is to attract significantly more programs than we have seen recently in ACO-led competition, “One is not enough and 10 is too many,” was one throwaway remark, repeated both by Neveu and Fillon.

Budget control, to around the 20-35 million Euro mark, is also a major topic of discussion; again, though, there is not yet a clear plan ready to be revealed as to how this would be achieved, monitored and enforced. 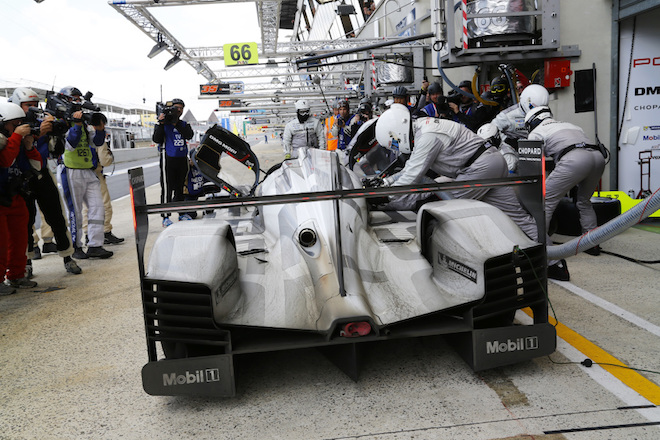 The discussion on cost control inevitably moved into discussion of hybrid technology, still very much a part of the core proposal and finding, it seems increasing acceptance among IMSA-aligned manufacturers – with the important proviso that cost escalation through development is still a serious barrier.

That’s a prospect that a great deal of effort is going into avoiding. The hybrid solution would be a single, relatively low-powered system, rather than the two high-powered systems seen on the recent Porsche 919 (pictured above).

Development could be curbed by both a cost cap and strict regulations preventing any OEM system from exceeding the performance of another, with the potential for a spec system to be sourced as a baseline, obtainable within a realistic budget for a smaller manufacturer.

Before the Le Mans announcement in June, the outline for the regulations will need to be discussed and approved by the FIA World Motor Sport Council, which meets twice more before the deadline.

Will their conclusions see the marketplace move into fast forward, or might they reset the regulatory clock once again?