Sebastian Vettel held off a late charge from Valtteri Bottas to win a thrilling Bahrain Grand Prix as both Red Bulls failed to finish.

In a chaotic race, both Red Bulls retired early on and then Kimi Raikkonen suffered a disastrous pit stop – running over a mechanic – to leave Vettel exposed. With the two Mercedes drivers trying to hunt him down, Vettel stayed out on old tires and had Bottas closing in over the final laps, with the Finn within DRS range on the final two laps.

Bottas had one real look into Turn 1 on the start of the final lap but Vettel closed the door as Bottas failed to fully commit, and the German held on to make it two wins from two to start this season.

Lewis Hamilton came home in third place after a solid recovery from ninth on the grid, with Pierre Gasly a stunning fourth for Toro Rosso Honda. Gasly put over 12 seconds on Kevin Magnussen by the flag as Haas scored its first points of the year in fifth, with Nico Hulkenberg the final car on the lead lap in sixth.

Fernando Alonso was lapped but seventh ahead of teammate Stoffel Vandoorne as McLaren again scored points with both cars, while Marcus Ericsson secured an impressive ninth place on a one-stop strategy for Sauber ahead of Esteban Ocon in 10th. 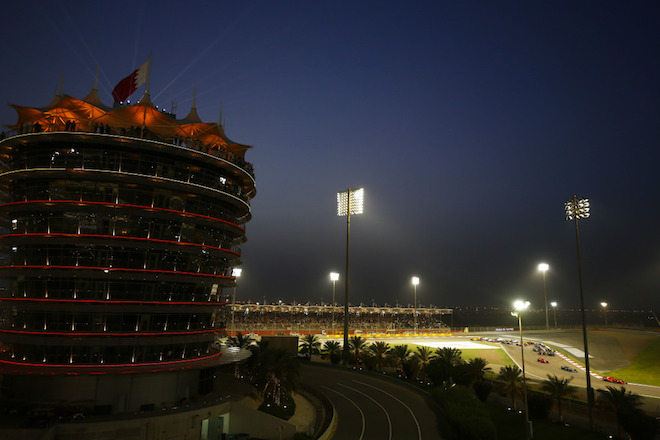 On the opening lap, Gasly got the jump on Daniel Ricciardo but the Australian had regained fourth place on the opening lap before his car lost all power on Lap 2. Ricciardo coasted to a halt at Turn 8, bringing out the Virtual Safety Car, with the incident compounding a miserable few moments for Red Bull as Max Verstappen was limping to the pits with a puncture.

Verstappen’s puncture came as a result of contact with Hamilton, as the Dutchman had just made a move down the inside of the Mercedes at Turn 1 but then his left rear came into contact with Hamilton’s front right. Once Verstappen got back to the pits and changed tires it became clear he had a differential issue and he also stopped on track.

On the race restart, Hamilton started scything through the field, pulling a stunning move to pass three cars at once into Turn 1, leaping ahead of Alonso, Hulkenberg and Ocon. Mercedes made it clear it was going to one-stop by switching to medium tires with both cars with its stops while the Ferraris went for softs, and Raikkonen stuck to a two-stop strategy like the majority of runners.

Coming in for his second stop, Raikkonen’s left-rear tire was slow coming off and Ferrari had yet to remove it when the car was dropped from the jacks and the pit lane light went green, leading Raikkonen to pull away and hit a mechanic working on his stuck tire. The Finn immediately stopped in the pit lane and jumped out, while the injured mechanic was taken to the medical center for a full check. The team subsequently tweeted that he had been transported to a nearby hospital for further treatment.

Ferrari opted keep Vettel out on track on heavily worn soft tires, with the German pulling a gap of over eight seconds over Bottas at one stage. Mercedes also kept Hamilton on alert in case Vettel’s tires gave up, with Bottas started to reel the Ferrari back in as his mediums held on better.

Bottas finally got within DRS range starting the penultimate lap, and he had a look into Turn 1 on the final lap but was too far back and didn’t fully commit, allowing Vettel to cling on for a tense victory. 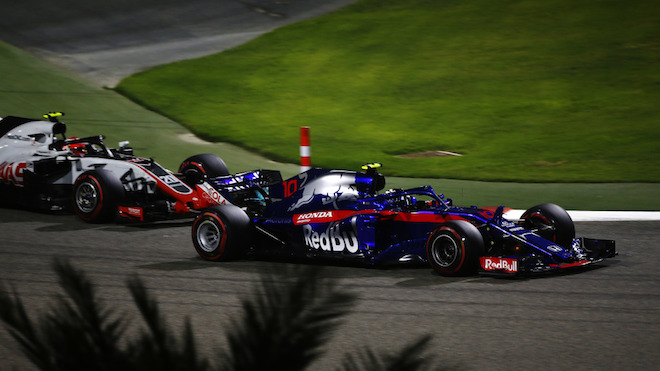 Apart from the impressive Ericsson, the rest of the field all completed at least two stops and it was outright pace that saw Gasly secure fourth ahead of Magnussen and Hulkenberg – with the latter pair touching wheels on the opening lap. With Toro Rosso powered by the Honda power unit that drew such criticism from McLaren over the past three years, Gasly took to team radio after the race to mock Alonso by echoing his statement in Australia by saying: “Now we can race!”

It was still a good recovery for the McLarens to secure double points once again, but the deficit to Toro Rosso will be of concern at a home race of sorts with the team under Bahraini ownership.

Vettel’s victory ensures he has maximum points from the first two races, with Hamilton – who called Verstappen a “d***head” after seeing a replay of their clash – second in the standings but already 17 points adrift. Bottas moves up to third place at 22 points, with Alonso fourth at 16. 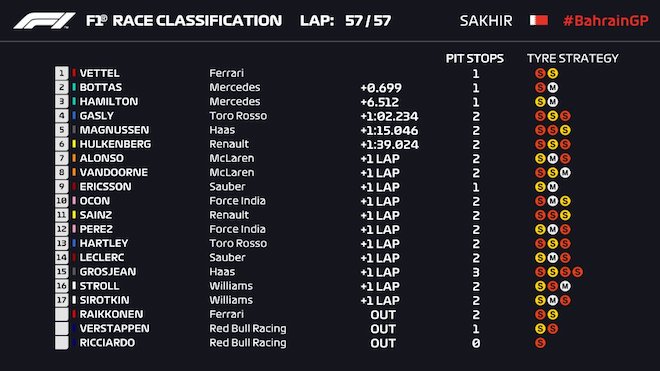 Off Road 9hr ago ET