Verstappen was attempting to overtake Hamilton into Turn 1 at the start of the second lap and had pulled completely alongside at the apex of the corner, but the Red Bull’s left rear made contact with Hamilton’s right front on the exit. Verstappen suffered a puncture (pictured below) and pitted at the end of the lap but a damaged differential forced him to retire soon after, and Hamilton was heard saying the word “d***head of the incident in the drivers’ room after the race. 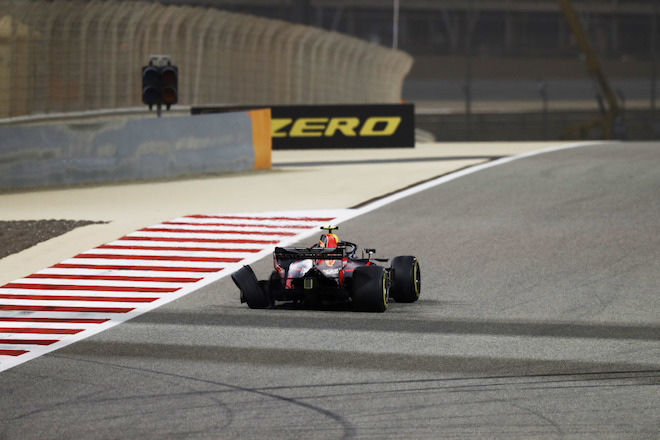 Asked about that comment, Hamilton’s language was first defended by Sebastian Vettel before the Briton criticized Verstappen’s approach.

“I had a coming together with Max and it was an unnecessary collision,” Hamilton said. “There needs to be a certain respect between drivers and ultimately – maybe I need to watch the maneuver again afterwards but it didn’t feel like a respectful maneuver.

“Ultimately it was a silly maneuver for himself, because he didn’t finish the race and obviously he’s tending to make quite a few mistakes of recent. So I mean it was just unnecessary for him to do that. I can’t really remember what point of the race it was or why we were even in that position, but I don’t really care, to be honest.”

Hamilton added that Verstappen didn’t need to risk contact between the two cars as he was already ahead exiting the corner.

“He ran me out of road at Turn 1, and I felt at the time it was unnecessary. I mean, he was past, I couldn’t get by, but there was no need to push by. For me it was kind of frustrating because it could have been me out of the race through a relatively silly maneuver, obviously because it ended his race. And there was not much I could do to avoid him hitting me there.

“I don’t know, it was just a bit unnecessary. But these kind of things happen, it was a racing incident, but in the heat of the moment for sure you can be frustrated.”

Despite the incident, Hamilton was happy with his recovery from ninth on the grid to secure a podium, even though Vettel opened up 17-point advantage with his second win of the season.

“To manage to get into the top three I think is a great result for myself and for the team. The guys did a fantastic job and it’s great to have myself and Valtteri [Bottas] in second and third because it’s points against Ferrari. Ideally we would prefer we didn’t have the gearbox issue that we had this weekend but I was really happy with my race pace – I think the race pace worked out well.”