The FIA WEC’s long off-season is now almost over, the 30-hour Prologue finished, with the 35 cars that took part covering over 33,000 miles over the past two days.

Toyota Gazoo Racing, unsurprisingly, finished up with the fastest time overall, and 1-2 atop the times, with Mike Conway’s 1m32.662s on Friday in the No. 8 proving un-touchable. However, the fast times early on from the team’s pair of TS050 HYBRID didn’t tell the full story, and provide a true comparison in the performance levels of the hybrid and non-hybrid private LMP1 runners.

This was because Toyota revealed that its times set before 5 p.m. on Friday (which were significantly faster than the privateer competition), were set while its cars ran unrestricted, testing a new cooling system (successfully) to its limits.

That meant that the gap back to the nearest privateer – the No. 11 SMP Racing BR1 (pictured below) – of 4.3 seconds, wasn’t a true reflection of the pecking order when all the LMP1s ran in their standard spec. 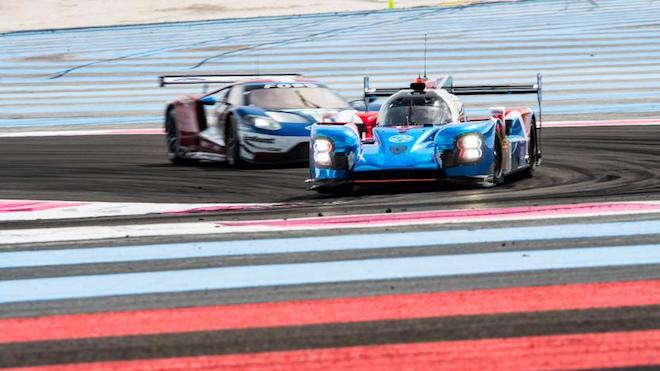 In fact, the running order was very different when only taking into account the laps set after 5 p.m. on Friday. SMP Racing’s 1m37.034s set by ex-F1 star Vitaly Petrov in the No. 11 AER-powered prototype fastest of the bunch, with Toyota’s best time, a 1m38.142 set by the No. 7, running low-downforce aero, only good enough for fifth.

Questions still remain, of course. Outside of the fact that all of the privateer cars managed to lap significantly faster than the LMP2s, any observations of the pace and aforementioned SMP-led hierarchy should be taken with a pinch of salt.

Just how much does Toyota have in reserve? And can we expect to see its full hand when the series heads to Spa-Francorchamps for the season opener? Time will tell…

While almost certainly Toyota didn’t show its ultimate pace while running its regular setup, it did flex its muscles in the mileage department, finishing with the most laps of anyone else in the field by a big margin. The No. 7’s total was 839 laps, with the No. 8, (which didn’t run overnight) managing 163.

The rest of the privateers running with, let’s not forget, very new cars, managed far less laps, but nevertheless did get some crucial running in.

SMP Racing and Rebellion Racing’s machines finished with the best times of the seven private cars present, the aforementioned lap by the No. 11 just 0.01s faster than the best time produced by the No. 1 Rebellion R-13. It put them third and fourth overall in the times; with the No. 1’s ultimate pace very notable, considering it hadn’t managed any significant running at all prior to this weekend.

The amount of mileage accumulated by both teams was promising, too. SMP’s pair of BR1s, which ran in low-drag trim throughout, totalled 515 laps, and Rebellion’s single car, managed 263. 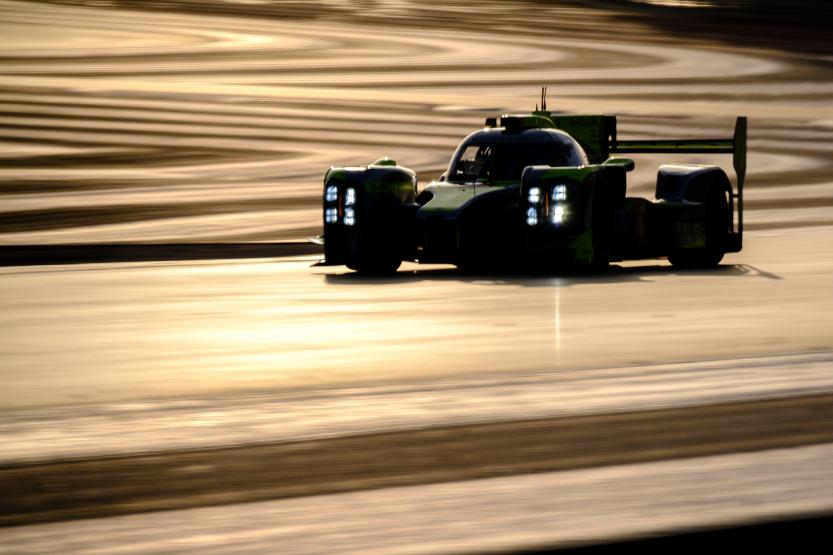 ByKolles’ updated CLM P1/01 Nissan (pictured above), meanwhile, ended up sixth, the Austrian-flagged enjoying a quiet run with no major dramas for its revised aero packaged and heavily revised engine. The car turned 331 laps, and after the sun set on Friday, climbed as high as third in the times, before finishing up just over a second off the best SMP time by Saturday afternoon.

The teams which struggled more than the rest to get in longer runs were CEFC TRSM Racing, and its pair of Ginetta G60-LT-P1s, and the DragonSpeed BR1 Gibson.

CEFC TRSM’s No. 6 car, which is the mule seen out testing prior to the Prologue, finished with just 121 laps. While the car wasn’t without its issues, both Oliver Rowland and Alex Brundle turned laps a good number of laps between them, and were very encouraged by the car’s potential going forward.

However, RACER understands that is the last we will see of the chassis sporting No. 6 –CEFC TRSM is set to utilize the third G60-LT-P1 chassis (which was in the team’s truck this week) going forward as its No. 6.

The No. 5 on the other hand, turned more laps, despite a delayed start. The car hadn’t turned a wheel prior to the trip to France, and in fact, was still being built up on Thursday in the garage, eventually making its debut late on Friday, after a water leak cost the team running early. It did however, make up some of its lost time by entering the overnight running on short notice.

A problem with the rear limited its running when the sun set, though it did run in the middle of the night with Ginetta driver Mike Simpson at the wheel, before being parked and returning to the track again in the morning for some final runs. It finished up with 138 laps, more than the No. 6, but with a slower ultimate time. It’s early days for the car however, the team hoping to take it out for some further running before Spa.

In the DragonSpeed pits, it was a similar story, the team’s Gibson-powered BR1 (pictured above) finishing the 30 hours eighth in the times. But, with the car being so new, the team trying both high and low downforce aero and track time for Henrik Hedman so paramount, the American-flagged team will leave satisfied with its 145 laps of running.

Unfortunately, though, its Prologue test did end on a low note, the car stopping on the Mistral Straight in the final few minutes of the test due to a brake issue, causing red flags.

All in all, while the gap between the privateers and Toyota is still somewhat a mystery, it was encouraging to see just how close all the new LMP1 cars were on pace, and no cars suffer any major dramas.

At this point, having the top six within 1.2 seconds means there should be a real fight to finish first among the non-hybrid cars at Spa.

While the times in GTE Pro, more than the other classes, mean the least at this stage, there was plenty to come away thinking about after the Prologue.

With the BoP set (Le Mans aside) until after Silverstone, there was little reason to hang back at this point, though there was still a clear divide between the manufacturers.

Porsche finished 1-2, its 911 RSRs looking strong throughout the test. The No. 91 car of Richard Lietz and WEC returnee Gianmaria Bruni setting a 1m51.332s on its 203rd lap, to go half a second clear at the top.

The sister No. 92 managed a 1m51.837s, and wasn’t challenged on pace on Saturday by the two Fords, which proved to be the only real challengers.

The two 911 RSRs, and Ford GTs, managed over 200 laps apiece, and were within a second. The rest of the class however, were all at least 1.9 seconds off the ultimate pace.

AF Corse had the toughest run of the teams in the class, its No. 71 suffering a refueling fire on Friday evening, which resulted in it being parked all Saturday and used for pit stop practice, while the No. 51 struggled with tire wear (but did finish up fifth in class. AF Corse, with its 488 GTEs (in EVO spec) was the only team RACER came across, reporting issues with “excessive” tire degradation on the newly re-surfaced circuit.

Aston Martin Racing meanwhile, sent its new Vantage GTEs on long runs, but appeared to struggle with outright pace, finishing up seventh and ninth 2.1 and 2.2 seconds off the top Porsche.

While there were concerned faces in the garage, it’s not too much of an issue just yet. The most important part of the team’s performance concerned the amount of running its managed, its No. 95 running a full endurance test, pushing on overnight, and managing a total of 852 laps (the most of the 35 cars) with only minor issues reported.

MTEK BMW’s new M8 GTEs also ran well, the No. 82 in particular putting in a very promising shift completing 682 laps in what was a full endurance simulation for the car, which had already been on a 30-hour test before its run at Ricard. It did however have a rear-end issue two hours before the end, which forced the team to conclude its test early.

By that point, the sister car – the No. 81 – which was only out for a six-hour run on Saturday, had already finished up its scheduled running; so the team essentially packed up early.

All in all, though, a good showing for the class’ newcomers, and specifically, a nice run for the No. 81 crew of Martin Tomczyk, Nicky Catsburg and Phillip Eng which ran for the first time as a trio.

LMP2 was a rather quiet affair in the Prologue, but did create some interesting storylines to follow this season.

The team with the strongest performance was by far DragonSpeed, which set the fastest time with its No. 37 ORECA 07 Gibson, which crucially was on Michelin rubber. Last year the entire used Dunlops, only a few teams in the ELMS using Michelin for lower-key 2017 campaigns.

The French manufacturer – set to provide three teams in the WEC with tires this year in P2 – leaving the Prologue on top this early in the year has set up what could become a fascinating tire war.

DragonSpeed’s No. 31 ORECA 07, driven by the Roberto Gonzalez, Ben Hanley and Pastor Maldonado, was immediately on the pace, with its best time coming on lap 88, a 1m40.771s from Maldonado. The former F1 racer was the only P2 driver to get below the 1m41s mark – a highly successful debut, which he clearly enjoyed.

Completing the top three were the No. 36 Signatech Alpine, 0.317 off, and the No. 28 TDS Racing example, a further tenth adrift.

GTE Am’s nine-car class, which looks set to be a titanic battle once the season starts, saw the four new Porsche 911 RSRs run 1-2-3-4.

Gulf Racing UK and Dempsey Proton Racing’s cars traded fastest times at the top throughout the two days, the No. 88, with a lap of 1m52.936s by Matteo Cairoli eventually the class benchmark, and good enough for fifth overall in GTE.

Like Pro, there was a real divide. Behind the four Porsches, which included new Team Project 1’s, which enjoyed a trouble-free, solid run of 274 laps, the Aston Martins and Ferraris were over a second off the pace.

Most interesting was the GTE Am cars’ ability to mix with the Pros on pace – the cars, running on the same spec tires as the Pro cars at Paul Ricard, despite having different BoP, were able to match and beat the top-class cars on one lap pace. Whether or not we will see this throughout the season, with the quicker Am drivers able to challenge some of the Pros, remains to be seen.

Next up for the FIA WEC is the season opener at Spa-Francorchamps next month, and multiple teams are set to use the short break between now and then to get some more testing in.