The first day of testing at Paul Ricard has concluded for over half of the FIA WEC teams and drivers, 15 of the 35 cars scheduled to run in the overnight running trackside, and complete the full 30 hours.

At the top of the timing screens after the opening eight hours unsurprisingly, were the two Toyota TS050 HYBRIDs. The No. 8 – which is running the team’s high-downforce package at the test – proved to be the fastest of the two,Mike Conway setting a 1m32.662s early in the day’s running, to lead the sister car by almost two seconds.

Toyota’s No. 7, running the low-drag kit which it will start the season with at Spa, and then use at Le Mans in June, ended up second with a 1m34.655s by reserve driver Anthony Davidson. Interestingly, the car managed the most laps of the entire field, the crew touring the circuit an impressive 220 times before the night session began.

All eyes though, have been on the influx of brand-new LMP1 privateer cars, running in a controlled session together for the first time. While none of them managed to get within five seconds of the Toyotas, at this early stage in their development curve the focus for all of them is reliability and data gathering ahead of the season opener. 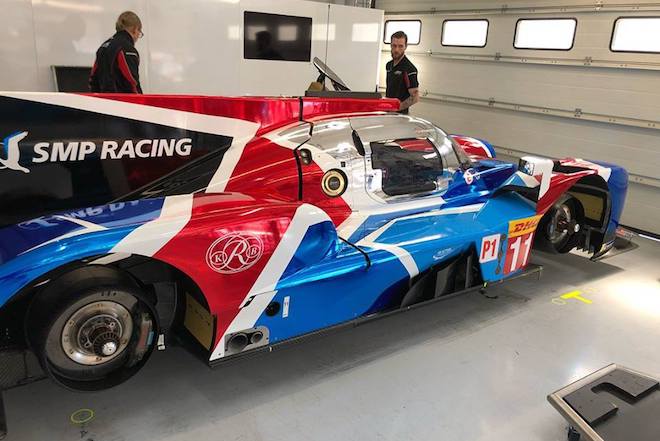 SMP Racing’s pair of AER-powered BR1s came closest to the factory machinery, the Russian team’s No. 11 of Mikhail Aleshin setting a 1m38.128s. The time bested the sister car, which set a 1m38.136s shortly after on its 44th lap.

While Toyota’s two cars combined for 312 laps, SMP’s ran for just 105, and therefore didn’t gain nearly as much track time as Toyota, which managed a metronomic endurance run.

Best of the rest, and sitting in the final top five spot was the sole Rebellion Racing R-13, the Swiss team’s new chassis settting an impressive 1m38.469s and a remarkable 84 laps – very encouraging in what is essentially the car’s first test run.

The No. 10 DragonSpeed BR1 – running high-downforce aero, unlike SMP, which is testing with the low-drag package – finished up sixth, with the No. 6 CEFC TRS Racing Ginetta G60-LT-P1, which ran fastest of the privateers in the first couple of hours, seventh.

ByKolles’ revised CLM P1/01 Nissan finished with the eighth-fastest time, while CEFC’s second car – the No. 5 which was still being built on set up day yesterday – only managed one installation lap; the team opted to add the overnight running to its program due to its delayed debut caused by a water leak. (DragonSpeed’s No. 10 BR1 will also run overnight on short notice, RACER understands)

In the LMP2 ranks, DragonSpeed’s Mexican-livered ORECA 07 Gibson set the fastest time early, the screens showing Pastor Maldonado, before improving later in the day, reeling off a 1m40.771s. The running marked Maldonado’s LMP debut, his time impressive considering his lack of prototype experience prior to the trip. 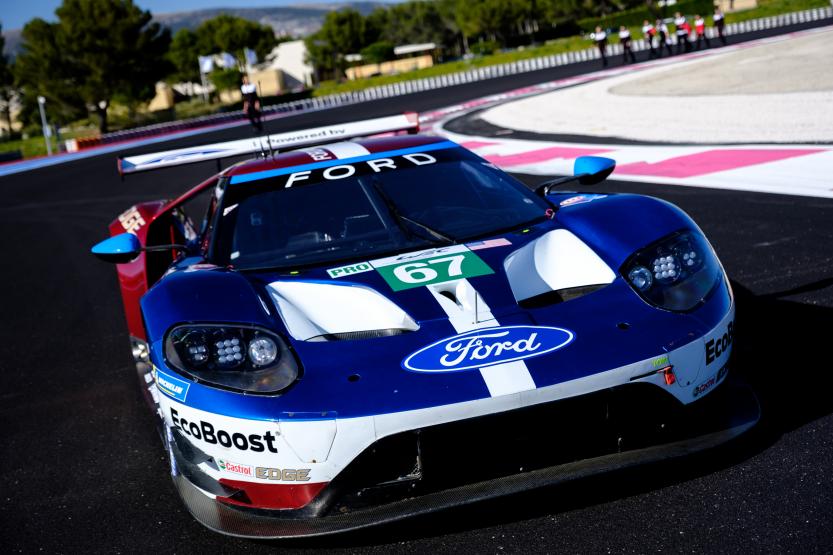 GTE Pro was all about Porsche and Ford at the top, the two marques trading fastest times early on, before the German marque’s No. 91 911 RSR emerged as the pace-setter for the run. Its best time was a 1m51.650s, set by Richard Lietz. The No. 67 finished the day second in the times, with the No. 66 third.

Notably, BMW, like Toyota, went on a full endurance run, its No. 82 M8 GTE completing 200 laps, the No. 81 a further 184. Their times were not fast enough to see them in the top five, but with BoP very much a factor in the category’s form, testing times should be taken with a grain of salt.

Porsche proved to be the fastest marque in Am, too, Gulf Racing with its new 911 RSR topping the time with a 1m53.769s. The experienced pro in the line-up Ben Barker was the hotshoe there.

The running will continue overnight at the resurfaced Paul Ricard circuit, with the track opening to the public for the final seven hours of the 30-hour test tomorrow, which will finish at 4:00 p.m. local time in France.