Suarez confident wins are within reach

Suarez confident wins are within reach

Daniel Suarez’s Monster Energy NASCAR Cup Series career is not even a year and a half old, but he says winning is “always” on his mind.

This Sunday will be just the 43rd career start for Suarez after he took over the No. 19 Toyota unexpectedly and without any big league experience. But while he would like to join Joe Gibbs Racing teammates Kyle Busch and Denny Hamlin as a Cup Series winner, Suarez also understands the realistic nature of racing at the sport’s highest level. 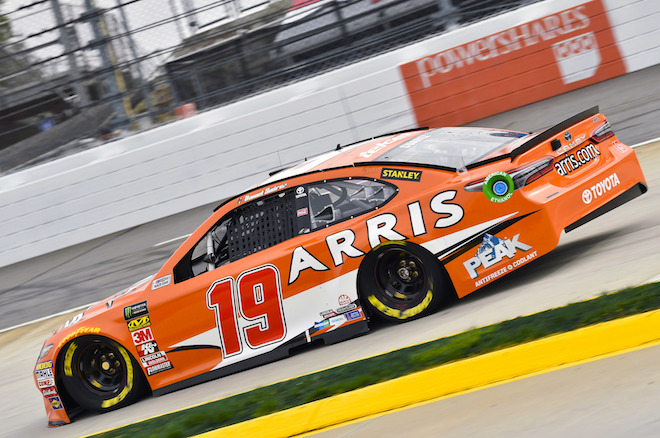 Asked where the challenges have been, Suarez pointed to inconsistency. Something that can be seen not only in this year’s numbers but his rookie year.

On the one hand, Suarez did earn 12 top-10 finishes in 2017. On the other, just three times was Suarez able to put together a string consecutive top-10 finishes.

The longest streak was four during the summer – New Hampshire, Indianapolis, Pocono and Watkins Glen. And it was at the Glen where Suarez earned a career-best, and his only top-five effort, with a third-place result.

“We have had a lot of challenges so far this year,” said Suarez. “We have had good speed; we’ve just been very inconsistent. We’ve been struggling a little bit sometimes, transferring that speed from practice to the race or from qualifying to practice. That’s something that we have to keep working on and try to keep getting better at.

“I’m sure we are going to get it. We have some new engineers from last year to this year, and these guys are extremely smart. They have a huge talent, and I’m sure once we get everything together and on the right track, we’re going to be very strong.”

In pre-qualifying practice at Texas, Suarez was 13th fastest.