Brundle, a former LMP3 champion who signed a deal with the Chinese-flagged, UK-run WEC team, has impressed on multiple occasions in LMP2 machinery in both the FIA WEC and IMSA in recent years. Now he makes the move to LMP1 for the ‘Super Season,’ which will see a slew of privateer LMP1 teams take on Toyota, the sole-remaining hybrid manufacturer.

Though his deal came late – his first run in CEFC TRSM Racing’s Ginetta G60-LT-P1 is set for the first day of the Prologue test at Paul Ricard tomorrow – he says he’s been on CEFC TRSM’s radar for a while.

“The program has known about me and I’ve known about them,” he told RACER. “A British LMP1 program for a British driver is very exciting, especially for a driver that spends time in the WEC paddock.

“It came together late, but here I am, ready for the Prologue. Tomorrow will be the first time I drive the car; let’s see how it goes. I’m really excited to move up to LMP1, as it’s what you dream about when you start in junior prototype formula. I’m ready for it, and I’m happy.”

Brundle, who raced last year with Jackie Chan DC Racing in LMP2, feels that it will be a real adjustment from a spec-formula to a role where developing a car is an additional part of his role as a driver.

“It’s going to hit home when I first look at a timing screen tomorrow, and the benchmark is a Toyota, and the expectation is to be on pace. I’m used to LMP1 being almost the irrelevant above, so I’m going to have to adjust my mindset.

“For me it’s good to have a car which isn’t spec, so you can work together with a manufacturer to improve it. That’s something you can’t do, you can’t move things forward in a zero-development formula. I’m sure I can get my weight behind it and contribute to the team’s successes. 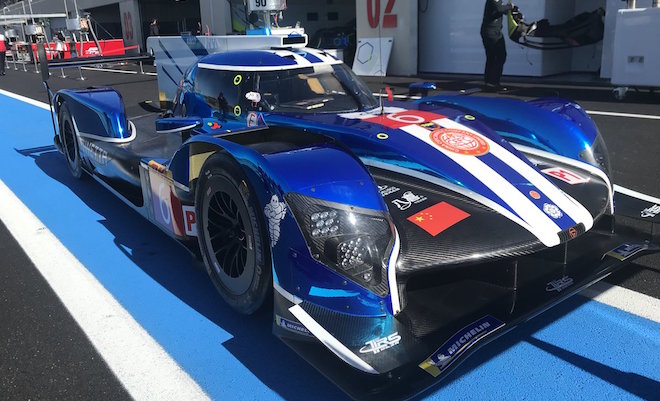 “These cars, until you turn a wheel for the first time, you don’t know. It’s all about the aerodynamic principles, and the understanding of those by the team, and developing that. Modern prototypes are all about aero performance. And we’ve got a very credible LMP1 machine, with a proper team, and sitting in it is very exciting.

“Putting together a program is a massive challenge though, even for a manufacturer, let alone a privateer. It’s a huge bit of work, but I’m really impressed from sitting in the car, and what’s been achieved so far.”

During the Prologue, Brundle says CEFC TRSM has no specific expectations or targets at this point in the Mecachrome-powered G60-LT-P1’s developmental cycle.

The team has both cars in France; the second car is still in build in the garage but Ginetta technical director Ewan Baldry has told RACER that it will run, providing the team with a valuable shakedown for its sister car.

“I don’t think there’s a plan to play it this way or that,” Brundle said. “The view is very much towards maximizing a package, rather than shooting for certain things. We want to turn some laps and see what the car is capable of from there.

“I don’t think anyone knows where they are, so aiming for something specific before you start is perhaps something you can’t do. Reliability, speed, fuel economy, are all important, we’ll work to minimise our weaknesses and maximising our strengths.

“We’ve got a good manufacturer behind us that knows how to develop cars, and put good products on the track. So I’m sure we can be reactive during this. 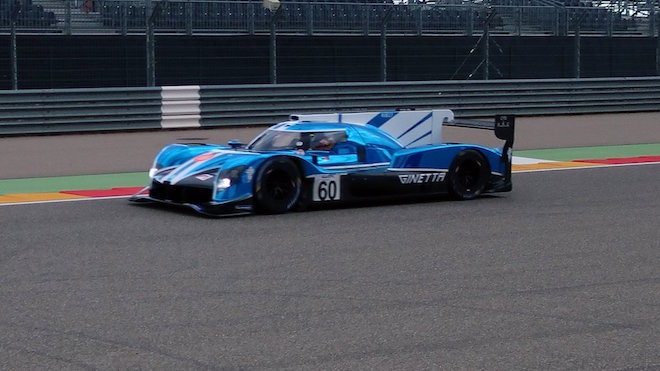 “This isn’t a case of slamming an ORECA or Ligier chassis on the floor and knowing you’ll be there or thereabouts. You’ve got to make the car better, and we’ll be working hard on that.

“Being the fastest driver in a losing sports car team is very much like being the lead singer in a bad boy band. Nobody cares.”

As it stands, five drivers are officially listed by the team to drive: Alex Brundle, Oliver Roland, Charlie Robertson, Leo Roussel and Dean Stoneman, the latter two announced on Thursday. The final seat will be announced before the season opener at Spa.

“We’ve got a good set of drivers so far,” Brundle commented, when asked about Oliver Rowland, with whom he’ll share the No.6 car this season. “I’m pleased to be with Oliver. He needs little introduction, he’s won races in F2, and worked with Williams F1, there’s no doubts to his credibility and pace.”

“And Charlie too, has impressed. He’s moved through Ginetta’s system, and to do that with any manufacturer is hard, you’ve got to beat people to get there. Now he’s at the top, and he deserves to be there.”