Haas under fire as Force India calls for investigations

Haas under fire as Force India calls for investigations

Force India has called on the FIA to take a closer look at the relationship between Haas and Ferrari after the American team’s impressive performance at the start of the new season.

Haas takes all of the parts it is not obliged to produce itself from its power unit supplier Ferrari, including its suspension. However a team has to produce its own bodywork and Haas has enlisted Dallara to build its chassis, with aerodynamic work taking place in the Ferrari wind tunnel.

After the team locked out the third row at the Australian Grand Prix and ran fourth and fifth – holding off the Red Bulls – before both cars retired due to pit stop issues, Force India technical director Andy Green and chief operating officer Otmar Szafnauer want the FIA to look into the Haas/Ferrari partnership.

“The Haas was significantly quick [in Melbourne] last year,” Green said. “Let’s not forget they qualified in the top 10 last year and scored points last year. They seem to be very quick out of the blocks. I wonder why that is. Maybe you could have a think about it…

“They do suddenly seem to have made big steps over the winter.”

Szafnauer added: “With only 250 employees, I don’t know how they do it…

“You’ve got to first understand the details of what they’re doing. We don’t. I don’t know how they do it; it’s magic. It’s never been done before in Formula 1. The smallest amount of resource and you magic up a fast car. I don’t know how that happens…

“Aerodynamic parts are supposed to be your own.”

Asked if that is the main area of concern, Szfanauer replied: “Yes. No wind tunnel, no development team… I don’t know how it happens.

“I just don’t know how it can be right for somebody who has been in the sport for a couple of years with no resource to produce a car. Does it happen by magic? If it does, I want the wand.” 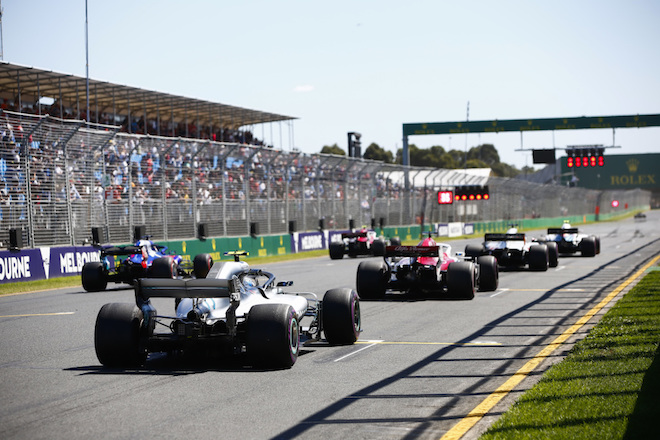 While Green says he hasn’t looked at the detail of the Haas compared to the Ferrari, basing his skepticism on lap times alone, Szafnauer wants the FIA to explain how it ensures teams are developing their own aerodynamic parts.

When it was put to Szafnauer that the strength of the regulations are only as strong as the people honoring them, he replied: “Yeah, unless the FIA start policing and applying the rules in a bit more stringent manner.

“For example, all the aerodynamic surfaces have to be your own. If they’re not, I don’t know how you can tell if it is or isn’t your own unless you start investigating. You can’t by scrutineering – that only tells you if it all fits in the boxes by regulation. But who’s idea it was, scrutineering doesn’t tell you. Is it yours or is it somebody else’s? That’s the real question.

“I don’t know the answer to that, maybe it is their own, it’s just suspect. How can you gain that knowledge without history, the tools and the right people? You need people, you need knowledge and you need tools. And if you have none of those, how does it happen?

“I think the solution needs to be thought through but the first thing you’ve got to do is question it.

“It’s really hard to speak unless you know the detail and I don’t know. I’m just questioning it, because I don’t know how it’s been done. Maybe it’s within the rules, I just don’t know. We’ll have to ask the FIA what they think. Because we don’t have insight on how it’s happening, the FIA should.”

Green hopes more teams will start to lobby the FIA to look closely at the Haas designs given the pace shown in Melbourne.

“Maybe more people will start asking it now given that their relative performance or competitiveness is very strong at the moment,” Green added. “So hopefully more teams will be asking that question.”