FIA president Jean Todt admits Ferrari has an added importance to Formula 1 but says big manufacturer departures are part of the sport.

Ferrari has threatened to quit F1 as a result of the projected future direction of regulations, while Liberty Media also wants to finalize a more equitable revenue distribution as part of new bilateral agreements from 2021 onward. Todt – who was Ferrari team principal during its dominant spell in the early to mid-2000s – does not want Ferrari to leave, but says the company is free to make such a choice.

“Each competitor is important to Formula 1,” Todt replied when asked how important Ferrari is to the sport. “But we know historically that it has been a big turnover among certain manufacturers and among the smallest teams. If you see who has been in from the beginning, you have Ferrari, you have McLaren, you have Williams, you have in a way Sauber. They are the longest into motor racing.

“Clearly I’ve had some working relationship with Ferrari, but before having that, for me, Ferrari was the kind of iconic brand. I was 10 years old, I was dreaming in front of a Ferrari. I got into a position at Ferrari where I was still attracted but it was a different position. I’m in a different position [now], and I do realize the effect of Ferrari.

“All that Ferrari has got came through amazing success in motor racing, not only in Formula 1, but sports cars, also GT, amazing GT cars. Whatever has been the era of motor racing, Ferrari GT cars have been attractive to clients. We are very happy to have Ferrari as a strong, key player in motor racing. But I don’t think that Ferrari would be what they are if they had not also enjoyed the benefits of being involved in motor racing. That’s what it is.

“Again, speculation – they may leave. Honestly, that is their choice. They are free. I definitely hope they will not leave, but it can always happen. You’ve seen big competitors leaving, coming back. But again, it is their choice.” 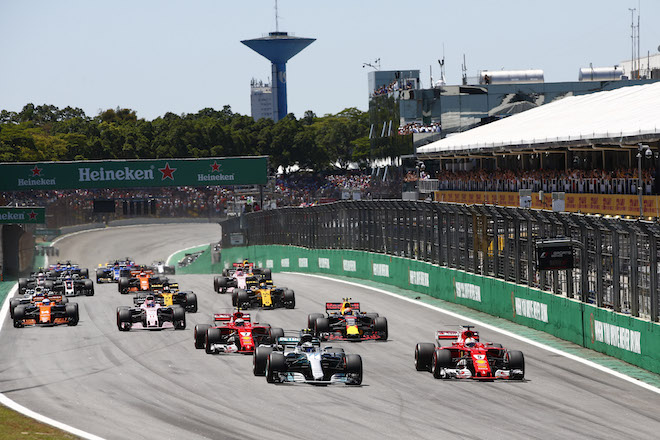 Ferrari is also not in favor of a proposed budget cap in F1, but Todt believes such a regulation should be welcomed by the Scuderia as it will increase profits.

“Knowing those people who are smart, business people, who are rational people, in a way now that is why we want to reduce the costs, because I feel that for a company like Ferrari, racing should not be a spend. It should be at least equal and even should be revenue. It should be business revenue.

“That would be much more healthy than what it has been over the years where it has been too much spending, and that is why it very often put teams in difficulty. At the moment I am sure now, it’s about six to seven teams who are struggling in Formula 1. It is not acceptable to have the pinnacle of motorsport where 60 to 70 percent of the field are struggling to survive.”