Still reeling from the loss of his legendary father Dan Gurney, All American Racers CEO Justin Gurney has found the perfect project to honor the Big Eagle by restoring and finishing the 1968 Eagle Formula 1 car that was never completed.

Following Gurney’s iconic win at the 1967 Belgian Grand Prix in the AAR-built Eagle Mk. 1 chassis, plans to improve upon the car for 1968 went as far as fashioning a new tub and ancillary components. But with a steep reduction in funding from AAR tire partner and sponsor Goodyear, Gurney’s F1 program was shuttered soon after the 1968 season began.

Using a modified version of the Mk. 1 in those early rounds, the 1968 chassis was moved to the rafters where it sat for decades. Now, back where it belongs on the AAR shop floor, Gurney has made the car an after-hours priority to celebrate family history.

“Walking down the hallways, there’s just an empty, weird feeling in the shop, and of course there are pictures of Dad everywhere,” he told RACER. “I was just thinking about what we could do to bring everyone together, and I’d talked about building that car with Dad several times, but we never found time to do it. I know he always thought it was always on the sketchy side, and all those cars from back then were, but we’ve already had a lot of people contact us about helping with it.”

The use of lightweight titanium and magnesium in the Mk. 1 was carried over to the 1968 chassis, and as Gurney recalls, his father raised an eyebrow on the topic of driver safety.

“I do recall Dad telling me of that picture with him sitting in it that it felt really thin,” he said with a laugh. “It had magnesium skins like the Spa winner, and he said, ‘It feels kind of thin and flimsy…I don’t know if I’m liking this…’ So they didn’t do many F1 races in 1968, and did it with the 1967 car that sprouted some wings, and when they shut that program down, they concentrated on the 1968 Indy car.” 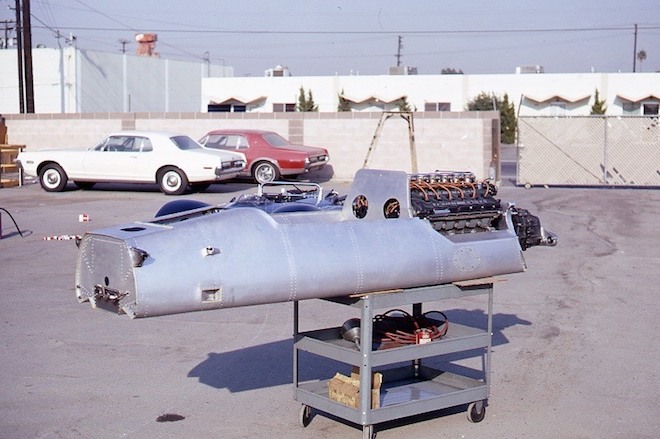 The 1968 car, designed by Tony Southgate, was meant to be powered by the same Weslake V12 engine featured in the Mk. 1. Two main challenges will face AAR in the restoration project, with the first centering on the acquisition of rare Weslake parts to finish the motor. The second hurdle, more on the stylistic side of the project, will be to decide on the looks of the car.

“I’ve been in communication with Tony Southgate on it, and he’s been really helpful,” Gurney said. “But since the car was never completed, all we have to go on is a couple of clay mockups they did. The tub looks a lot like the 1968 Indy car that Tony also did, but some of the [F1] renderings go a lot further and make it look like what they built for Indy in 1969. There are no drawings of the finished car, so that’s a decision we’ll have to make on how it will come out. I tend to like the 1968 look more, which is where I’m leaning.”

With plenty of work to do, Gurney says the project could extend into the next decade.

“I’m not sure how long it will take, but I’d guess it would be at least two years,” he continued. “We have to take care of all our paying work first, so it will have to get done on our own time. It’s locating the missing engine parts that will take some patience. The block attached to the tub had some pistons and rods in it, but we’ve already started contacting Miles Collier at the Collier collection (who owns the 1967 Spa winner) to see what he might have for motor parts. The rest we can build here.” 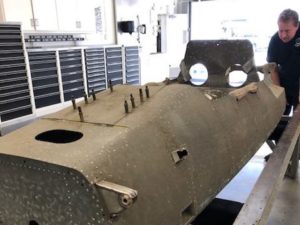 Some of the original but long forgotten 1968 parts also made a recent return to AAR.

“One of the guys in the original picture at the front, Terry Malone, is still around and he even brought some of the front suspension pieces over,” Gurney said. “He told me they’d been sitting in his tool box for ages – since they were new. So we’ve got those, and I’m in contact with a few other guys like Pete Wilkins’ sons; their father did the original headers.

“There were also some other miscellaneous pieces in the tub when we brought it down, so when it really gets going, I know a lot of people want to help. Tony Southgate’s done some new drawings of the car and emailed them to me. We’re excited about getting the car finally done and ready to make its first appearance.”