The IMSA WeatherTech SportsCar Championship’s headlining Prototype class looks set to be the closest and hardest-fought in years.

Before and after the 2017 IMSA WeatherTech SportsCar Championship season went loudly into the night at Road Atlanta, a non-R-rated version of “The Purge” was under way in the Daytona Prototype international category. Raw, unflinching decisions were made with driver hirings and firings; teams were dropped and vendors pitched aside, all in anticipation of the hellish Prototype campaign looming on the horizon.

Wayne Taylor Racing and Cadillac set the bar unreachably high on the way to an easy sweep of 2017’s Prototype titles, and in true IMSA fashion, whatever ranked as good enough for DPi’s introduction last season is now considered insufficient. We can blame Roger Penske and Reinhold Joest for the grand upheaval within the manufacturer-based, DPi side of the Prototype grid.

Their reputations, burnished with an embarrassing number of domestic and international prototype championships for Audi and Porsche, triggered the top-down reconfigurations. Tenths of a second are no longer spared; every driver line-up in the 10-deep DPi field is new or altered in the name of increased competitiveness. Veteran wheelmen, more than capable of bringing Cadillacs, Mazdas and Nissans home across the finish line, have been traded for younger guns.

As Acura Team Penske makes its presence felt in DPi and the rechristened Mazda Team Joest looks to tangle with defending champion Cadillac and the winning Nissan program, the gift to IMSA fans will come in the form of unsurpassed talent. Drivers, engineers, strategists and mechanics, all culled from the best worldwide programs, have chosen IMSA’s Prototype class as the place to be in 2018.

“The level of competition is crazy,” says Nissan Onroak DPi pilot Ryan Dalziel, whose Tequila Patron ESM team took down Cadillac on two occasions at the tail end of last year. “We’re going back to 2006, which is the last time when I thought prototypes had this depth. As soon as Team Penske announced its involvement, you had to raise your game, because it comes in with its game already raised, like it did in ALMS and Grand-Am. It’s a new level, and it’s great for IMSA.”

Acura Team Penske’s all-star line-up of Juan Pablo Montoya and Helio Castroneves brings five Indy 500 wins to the party, and both guys have major endurance wins at Daytona and Petit Le Mans to their credit. The last two Prototype champions, Dane Cameron and Ricky Taylor, anchor the ARX-05s, and for the North American Endurance Cup rounds, the Captain has tabbed ALMS and IndyCar champion Simon Pagenaud and IndyCar star Graham Rahal as the closers. Consider the sextuplet as Penske’s latest embodiment of the Unfair Advantage… 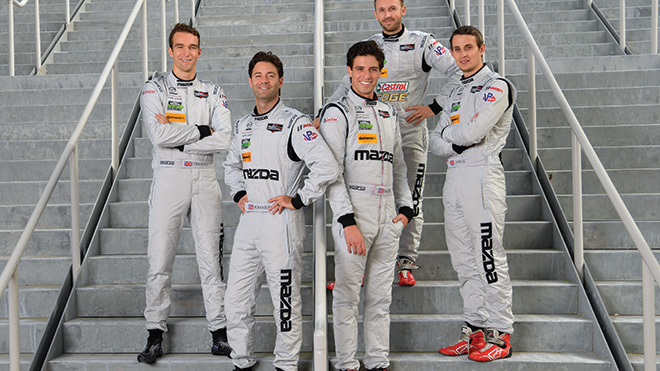 “If you aren’t doing everything you can to earn wins and championships, especially with the new names on the block, you’re going to be left behind,” says Mazda Motorsports boss John Doonan, the architect of the brand’s radical overhaul for its RT24-P DPi effort. “Anything left on the table is going to be eaten up immediately by the caliber of teams and drivers we’re going up against. And we want them to feel the same way about us, quite frankly.” 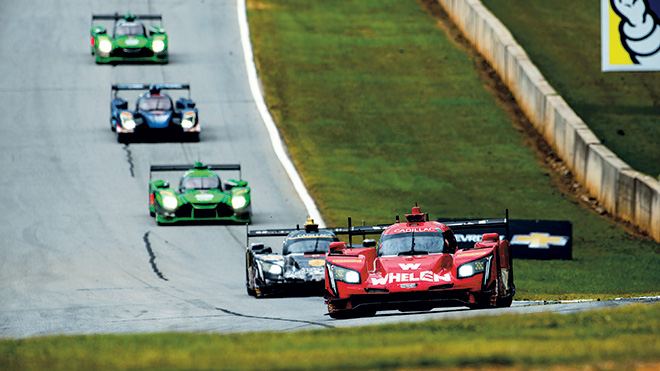 Cadillac expands to a four-car, three-team attack, adding Spirit of Daytona Racing from the pro-am, WEC-spec P2 side of the Prototype grid. In Visit Florida Racing guise, Troy Flis’s team was an overall winner at Mazda Raceway Laguna Seca last year and brings full-timers Matt McMurry and sometime- IndyCar driver Tristan Vautier as it looks to get up to speed ASAP with the DPi-V.R.

Spirit of Daytona joins two-car Action Express Racing, as well as defending champs WTR. At AXR, Joao Barbosa has the smiley speed and ferocity of Filipe Albuquerque for the full season, plus the comfort of enduro-only Christian Fittipaldi to pursue Prototype title number three. And although the loss of Cameron to Penske was significant, ex-F1 man Felipe Nasr and Toyota WEC ace Mike Conway will give Eric Curran another boost to chase a second championship.