Lewis Hamilton admits he is pleased to see his former team McLaren close to his pace during the first pre-season Formula 1 test in Spain.

Asked if it was nice to see a McLaren next to him at the top of the timing screens, Hamilton – who drove for the team from 2007-2012 – replied: “Of course.

“I saw Fernando [Alonso] posted a picture of the car and I think the car looks fantastic with a nice color again. I didn’t have very positive things to say about the look of it last year, so it is great. One of my friends messaged me saying did I like the car this year and I said yes, it looks great. 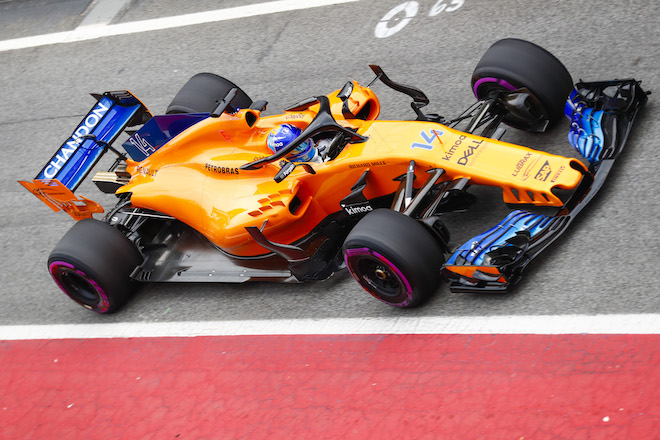 “It is how McLaren should look as a top team – and while they’ve had some difficult years it is back to a great-looking car. Usually a great-looking car is generally quite quick so I hope that is the case for them and I hope they are more in the mix this year.”

Having posted the fastest time of the test himself – using medium tires – Hamilton says the early signs are promising for Mercedes.

“It definitely will and I think it will be the same for everyone, naturally, as it is an evolution of last year’s car. We’ve got better tires, and particularly here we’ve got a new surface, so that might make things seem even better than perhaps it really is.

“So far it has been good and I was really happy to get out today, to be honest. I’m one that doesn’t like testing but today I was really keen to get out because we haven’t had many laps, so it was great to get out to get a feel for the tires and the warm-up process and try to stretch the legs a little bit on the new car. So far it is positive.”