A tale of good and evil has found its way into the world of IMSA’s WeatherTech SportsCar Championship.

The mother and stepfather of teenage racing fan David Smith were visited by that evil in December at their Jacksonville, Florida, home. The robber, who targeted Smith’s family on Christmas morning, broke in, woke his parents and proceeded to strike one in the head before barricading them in a closet. The robber committed a final, chilling act before stealing their car: The house was lit on fire with Smith’s parents inside.

David’s mother and stepfather were fortunate to escape before the fire destroyed most of the interior. The high schooler was equally fortunate; he was with his father Steve Smith that morning in a neighboring city. In addition to the assault, theft, and fire-ravaged house, all of David’s belongings were burned in the ordeal. 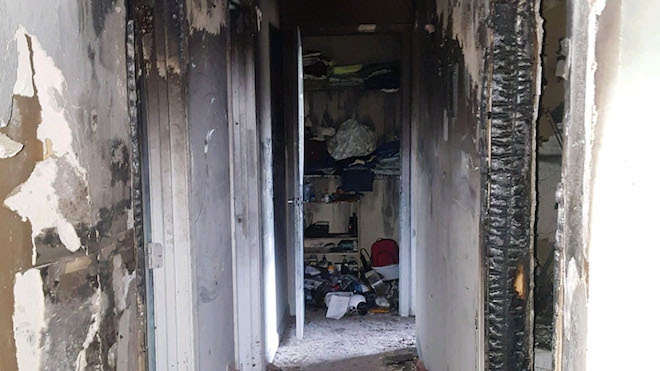 While many of his possessions could be replaced, one unique item – a Continental Tire hat he received from a winning Continental Tire Series driver at the 2014 Rolex 24 at Daytona – went up in flames.

Here’s where good enters the picture.

David’s Continental hat wasn’t just a souvenir; it was a fixture in his life. As avid sports car fans, Steve and David attend the Rolex 24 as a ritual, and whether it was at Daytona or in everyday life, that Continental hat logged countless hours attempting to keep David’s tussled hair in check.

With two months having passed since the fire, finding a replacement – and a return to some normalcy – became the subject of an online search, first by David, and then Steve.

In one sports car racing Facebook group, his father’s quest for a replacement had a surprising response.

“Let David know he can have his pick of hats. These are from podiums I was on dating back to 2009. Daytona 2014 is in there too. Send me a private message for shipping info.”

The attached photo from Jordan Taylor contained dozens of hats, many of the Continental Tire variety that David wore with such devotion.

“Basically, when I saw Jordan’s reply, I was beside myself. I had to do a double take,” the elder Smith told RACER. “I had to click on his name and see if it was the ‘Jordan Taylor.’ When I saw the picture of hats he included, and there must have been over a hundred of them, I teared up, choked up… I just couldn’t believe it!

“When I first made that post, I didn’t really think anything of it. I was just looking for someone who had the same hat that maybe I could buy from them. Never in my wildest dreams did I think it would have ended up like this!”

Taylor’s care package arrived over the weekend, including a hand-written note.

“A friend of mine in a group text sent a shot of the Facebook page, and I figured I’ve got all these hats that I collect as memories, but after reading his story, I knew David would get a lot more out of my hats than I would,” the reigning IMSA Prototype champion said. 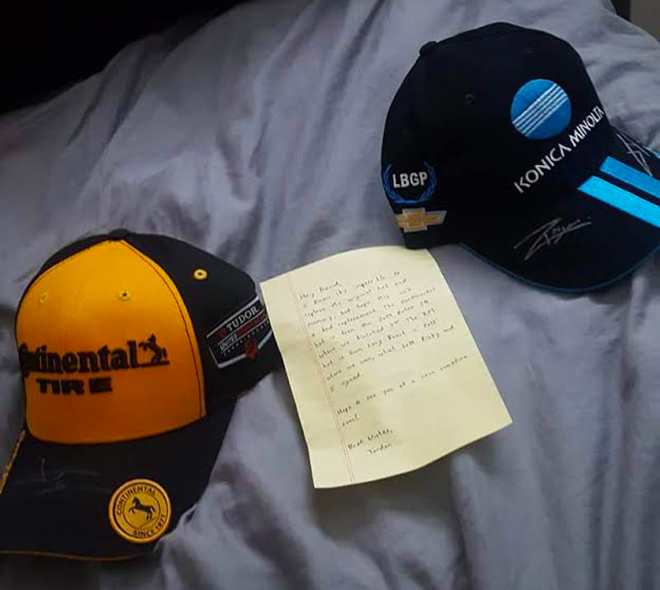 “I sent the picture so he could see he could have any that he wanted, and I had our second-place hat from the same 2014 Rolex 24 race he was at, and then I figured I’d give him another one, which was from our 2015 win at Long Beach. I sent him a little letter to explain the histories of hats and told him to please stop by so I can meet him the next time he’s at a race.”

Since the fire and news of David’s loss hit social media, Taylor hasn’t been the only one showering David with warmth.

“My son has received a bunch of different packages full of all kinds of stuff, mostly hats and posters, from all different folks: team members, drivers, fans, as well as the track service manager with Continental Tire,” he said. “I just can’t thank everyone enough. This has really cheered my son up, lifted his spirits, and maybe restored a little bit of his faith in humanity and the world around him again.”

The reaction from those within David’s favorite form of motor racing should not come as a surprise.

“Sports car racing is all about team effort, multiple drivers, and it’s more of a family and team environment than maybe some forms where it’s one driver and everyone’s focused on one person,” Taylor said. “So, I think that’s why we have that feeling of camaraderie, and I’ve grown up in a racing family, had a privileged time in this sport, and I can only image how heartbreaking it must have been for David to lose everything like he did in the fire. Having that family feeling, I can relate to what he’s going through. I know it won’t replace the original hat, but maybe it can bring a little bit of happiness.”

It’s unclear where Jordan Taylor ranked among David’s favorite IMSA drivers before the fire, but we can assume the WeatherTech Championship star is near the top with the 2018 season recently under way. 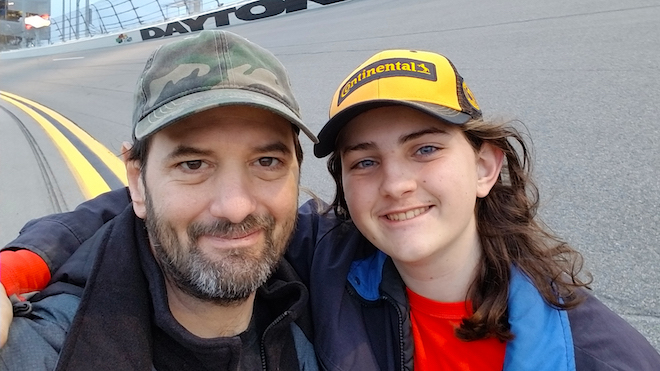 “David and I are putting our heads together to figure out a way to say thank you to Jordan, we’ve got 11 more months until next year’s Daytona 24 to figure it out!” Smith said.

And if David’s life continues on the same trajectory, collecting more hats – this time, after earning them from inside the series – could be possible in a few years.

“My son has been a sports car and sports car racing fan since I started taking him to the race when he was a kid,” Smith added. “Now he’s in a vocational high school working towards becoming a mechanic and dreams of either one day driving or working for a team. Soon we’ll be joining the SCCA to be a little more involved. So, one day, you just might maybe hear his name again!

“He loves his greater racing community, and is proud to be a part of it! And he is most thankful for everyone’s kindness and generosity.”