Thierry Neuville has hung on to his Rally Sweden lead after Saturday morning’s loop of stages but Craig Breen is challenging hard and is now just 5.9 seconds behind the Belgian. In a shake up to the leaderboard, Andreas Mikkelsen is now third with team-mate Hayden Paddon hot on his heels in fourth.

Today’s route takes in two identical loops of three stages, including the now famous ‘Colin’s Crest’ in the Vargåsen stage, where an award in the name of the late Colin McRae is given for the longest jump. The day is rounded off with another run around the Karlstad super special stage before returning to Torsby for a short 3.43 kilometre sprint run in darkness.

Neuville started the day with a 4.9 second advantage over Mikkelsen but had a scare in the opening stage when a hydraulic problem forced him to revert to the manual gearshift. Having fixed the problem on the road section the Belgian then spun in the next stage, losing more time and allowing Breen to close in, the Irish driver having had a fault-free run and consistent top times. He was also aided when Mikkelsen also spun in the second stage, losing about 15 seconds and dropping to fourth. The Norwegian regained the position and overhauled Paddon in the following stage, the Kiwi driver playing a waiting game for the afternoon loop when his set-up should be better for the conditions. The leading four are however only split by 19.2 seconds with Mads Østberg also chasing in fifth, another 2.3 seconds adrift. The Norwegian has struggled with confidence this morning and just doesn’t feel he has had the pace to challenge Paddon for fourth.

Esapekka Lappi heads the Toyota trio in sixth, the Finn aware he is just not fast enough or brave enough to lean the car into the snow banks. He heads Jari-Matti Latvala by 26 seconds, his fellow countryman having a big moment in the last stage when he went far too fast in to a corner – relying on memory rather than pace notes – and ran wide into a snow bank. As a consequence he has come under greater threat from Ott Tänak, who is now eight seconds behind. The Estonian has had a great morning, two fastest times confirming his pace.

Teemu Suninen, in only his third outing in the Fiesta WRC, is now down in ninth having had a bad morning with a spin and a trip into a snow bank. He has more than 30 seconds in hand to Kris Meeke who is focused on keeping it on the road and taking points at the end of the event. Meeke is over a minute ahead of Sébastien Ogier, who again just can’t make any inroads on the leaderboard with another disadvantageous road position today. Team-mate Elfyn Evans is close behind in 12th. 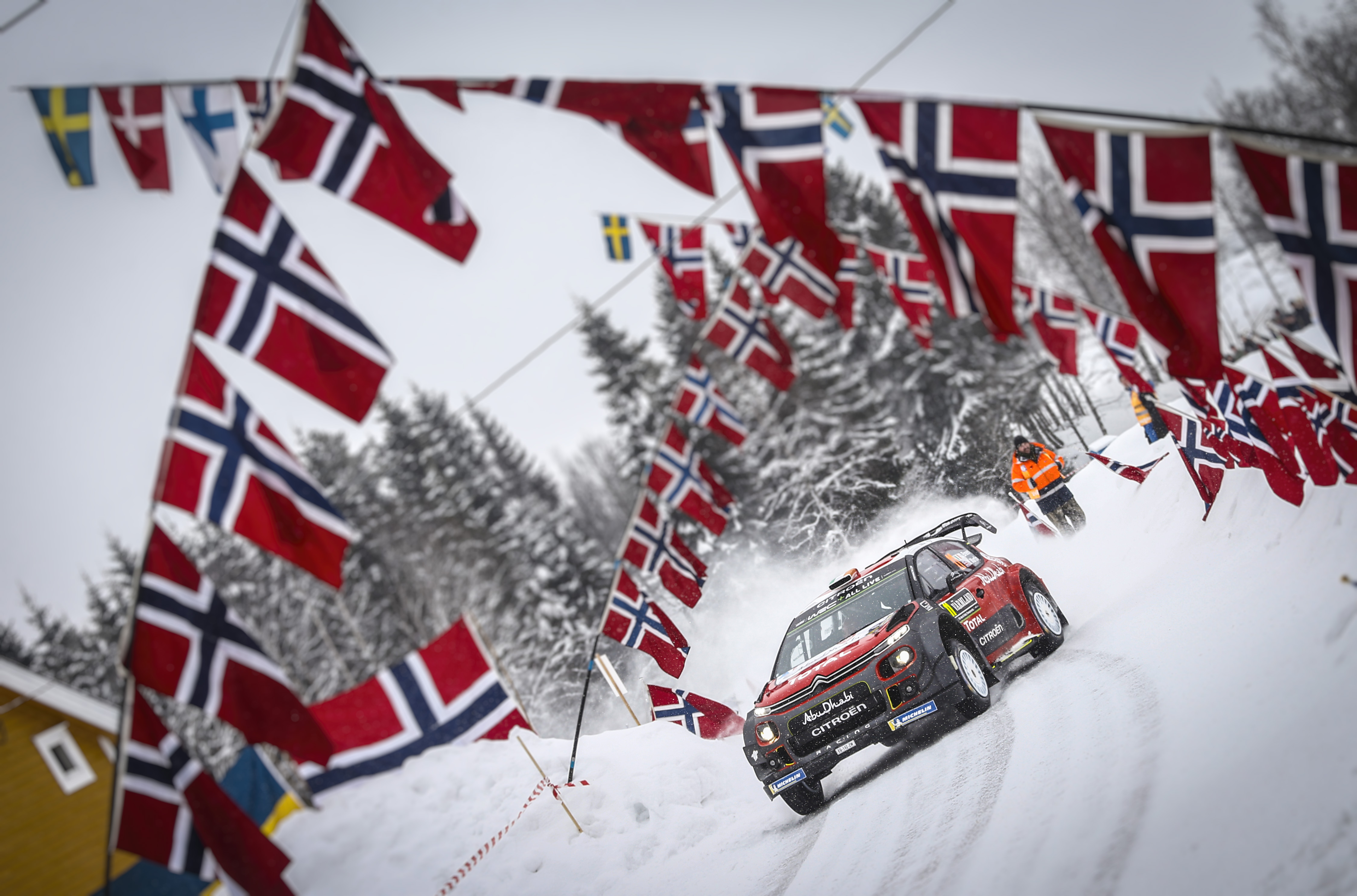