INSIGHT: Why 2018 is make or break for Hulkenberg

INSIGHT: Why 2018 is make or break for Hulkenberg

As racing resumes go, Nico Hulkenberg has one of the finest out there. As he rose through the ranks, the German won in pretty much everything he drove.

Actually, scrap that. Hulkenberg won in everything he drove competitively. Formula BMW? Champion. A1 Grand Prix? Champion. Formula 3? Champion. GP2? Champion. Even when he didn’t win a championship, he was a race-winner. That continued even into the World Endurance Championship, where his record stands at two races, one win – which came at Le Mans, of all places.

And yet, as a full-time Formula 1 driver, the record by which Hulkenberg is becoming ever-more judged is an unwanted one. Zero podiums from 135 starts and zero podiums is a Formula 1 record for not finishing in the top three.

For so long, it seemed only a matter of time before Hulkenberg broke his drought. But it is now eight years since he was handed his grand prix debut with Williams, and he turned 30 last summer. You’d still bet on him standing on the podium at some point, but are the higher aims of race wins and the world championship realistic possibilities?

One man who knows Hulkenberg better than most is one of his former bosses at Force India, deputy team principal Bob Fernley, and a single sentence to RACER sums up why the driver’s potential may never be fully realized.

“I don’t think necessarily Nico’s missed the boat; I think that circumstances probably mean that in reality, teams are looking elsewhere.”

“When we first took him on, it was immediately after Williams had sacked him and it was a difficult time for Nico, and he was obviously mentally a little bit scarred from that one,” he says. “Understandably so, because he had just performed incredibly, and scored pole position in Brazil, and so on. So it took a little while for him to get his head round the fact that he’d been rejected by Williams. 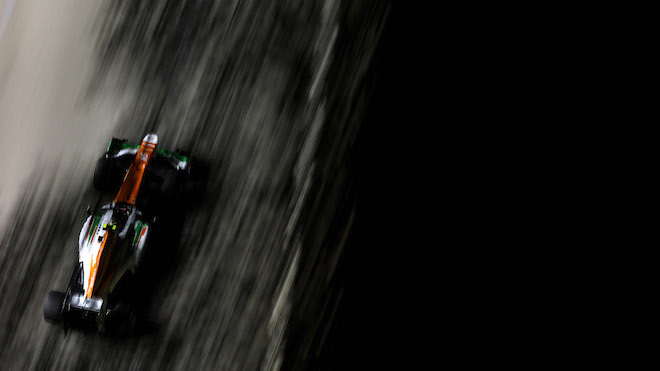 “We had then put him on for a year with us in terms of reserve driver [in 2011, above] so we could then open up the door for him the following year and move forward. He delivered for us on all fronts. Unfortunately, I think you have a situation with certain drivers where opportunities come along that if they’re not capitalized on, then they tend to taint the future of a driver a little bit.

“Nico’s had a couple of opportunities with us for podiums. Off the top of my head, I think there’s been three, two of which I think he missed the opportunity on, one of which I think we missed an opportunity for him. We still got a podium, but we made the wrong decision in that he should have got the podium in Monaco in 2016 [when Sergio Perez did instead].

“The difficulty is, when those opportunities go by, people look at it through different eyes when the driver hasn’t capitalized on it.

“The obvious one was in Brazil with Lewis [Hamilton] in 2012 – that should have been a win. We’d done a fantastic strategy and he’d done an incredible job with the driving, and it was only him and Jenson [Button] in contention, and they were a lap ahead of the field. Then the safety car was brought in to level it all back up again, and of course the next step for him was that he made a slightly rash overtaking maneuver on Lewis. He had the fastest car out there, without question, and I think that has stayed with him.

“We had another opportunity where I think it was an error of his, and then we had the Monaco one where we actually got the podium – but it should have been Nico’s podium.” 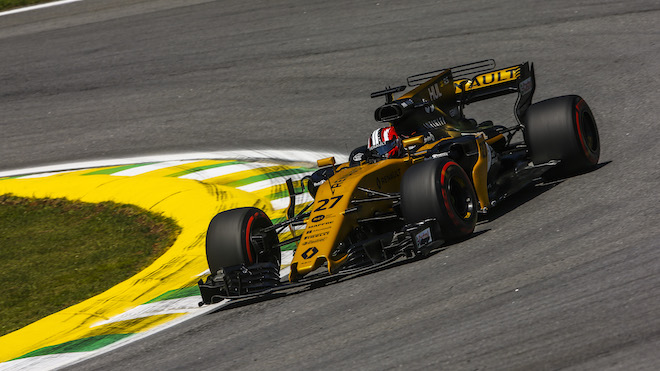 Now at Renault, Hulkenberg’s finally got the manufacturers’ seat he craved, and he easily dispatched Jolyon Palmer during their time as teammates. However, Hulkenberg’s 2018 partner – Carlos Sainz – is an example of just why Fernley believes the German is no longer on the radar of the biggest teams.

“We had total faith in Nico and would have kept him on again,” he says. “But in some ways it’s the right thing for him and for his career to do what he did and move on. You now have got to look at other teams. The difficulty is that things are moving so fast in Formula 1 today, and the youngsters that are coming through [so quickly] that eyes move in different directions, so teams will be looking elsewhere. And also, teams have got investments in other drivers.

“So if you look at the top teams – which is where everybody wants to graduate to – then Ferrari are bringing through [Charles] Leclerc and [Antonio] Giovinazzi, Red Bull have always done a fantastic job of bringing talent through and are still doing that, Mercedes are bringing through [Esteban] Ocon and George [Russell], and we’re part of that.”

While it is somewhat ironic that a Mercedes young driver took Hulkenberg’s seat when the German left Force India, the move was the right one in that Renault has far greater potential for future success given the French manufacturer’s size and budget.

Last year delivered solid progress in terms of car development; albeit from a lowly starting point that ultimately limited the team to sixth place in the constructors’ championship. Aspirations are much higher this year, but based on the advantages enjoyed by the top three last season, podiums are still a big ask. 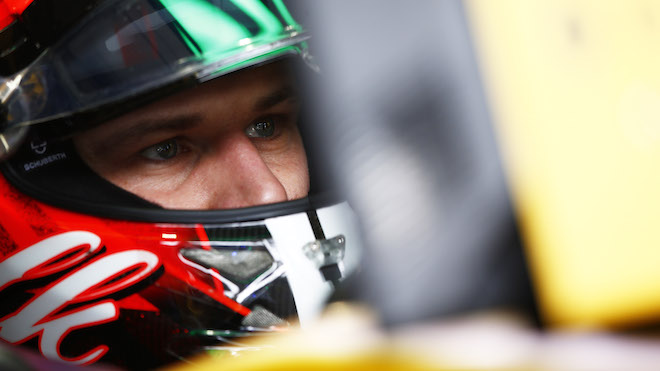 Despite Hulkenberg’s lack of headline results in F1 so far, Fernley insists he has no doubts whatsoever about his ability to be deliver at the very highest level given a world championship-winning car, and places the pressure firmly at the door of the team rather than the driver.

“There’s nothing more he can do. He’s positioned himself in the correct manner to be in a team that potentially and realistically should be competing with Ferrari and Mercedes. They’ve got the resource to do it.”

What Hulkenberg will have to do differently at Renault is ensure there are no more missed opportunities of the kind Fernley recalls. Last year’s benchmark was not a particularly high one, but alongside Sainz this year he can ensure his stock is rising by getting the better of the highly-rated Red Bull youngster, regardless of how competitive the car is. Lose out, however, and the younger generation of drivers will continue to overtake him in the pecking order.

2018 is an opportunity to force the wandering eyes to refocus on the talent that can’t stop winning in everything but an F1 car. But this year will play a massive part in Hulkenberg’s hopes of finally adding ‘grand prix winner’ to that resume.