It’s no surprise that the man who spoke those words would come to have Porsche be a pivotal part of his life – but he’d also play an important role for the German marque, too. As Porsche’s only American factory driver, Patrick Long just wrapped up the 2017 Pirelli World Challenge Overall GT Championship, driving a 911 GT3R – a car he helped develop – for Wright Motorsports. Yep, the 911-loving kid really became a Porsche guy… 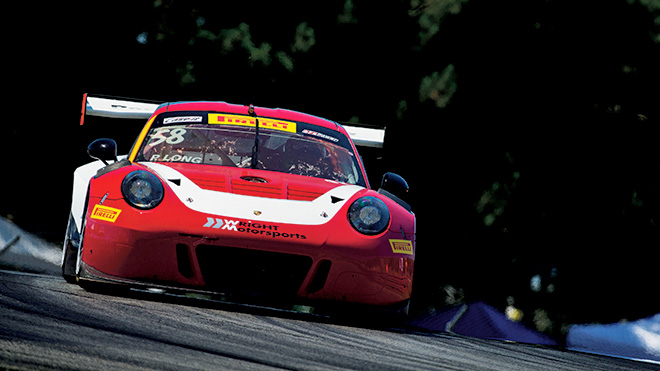 Racecar drivers who land a factory gig can be loyal ambassadors for their brand. They’ll drive one on the street, proudly wear the logo and sing its praises. But for Long it goes way further than most. He’s built a collection of survivor and slightly resto-modded Porsche classics. He’s got a network of people immersed in Porsche lore to whom he can turn for advice. And, with Howie Idelson, he created what started out as a small get-together of air-cooled Porsches. In four short years, Luftgekühlt – the name of the show and the German word for “air-cooled” – has exploded into a cult phenomenon that’s inspiring imitators around the country. It’s one stop on a journey that’s taken Long deep into Porsche culture.

“The first year I joined Porsche on the junior team, I chose to live 2km from the entry to Weissach, which is where all the R&D and motorsport stuff takes place behind closed doors,” says Long. “I went to the office every day that I wasn’t racing and I read books, asked questions and went drinking with the mechanics and the secretaries. With such a racing heritage in this company, I felt like it would be a disservice to not live and breathe Porsche. To literally live in Porsche-land and not know the difference between a 906 and 962 would be unforgivable.

“I was getting amazing opportunities behind the wheel from Day 1. I was thrown the keys to the Carrera Panamericana-winning 550 Spyder – the Fletcher Aviation car with the yellow number on the door. The 550 Spyder. I’d been there two months and I was driving that car around a celebration in Stuttgart, and of course I loved it. But I knew nothing of what I was sitting in. I probably would’ve been scared out of my mind if I knew how many millions that car was worth, and I drove the piss out of it. Those little moments… How can you not fall totally in love with a company that makes cars like that and has an amazing history like that?”

That was stage two of Long’s indoctrination – stage one being those those early impressions as a kid. But there was another step that launched him into the realms of full-blown enthusiast. 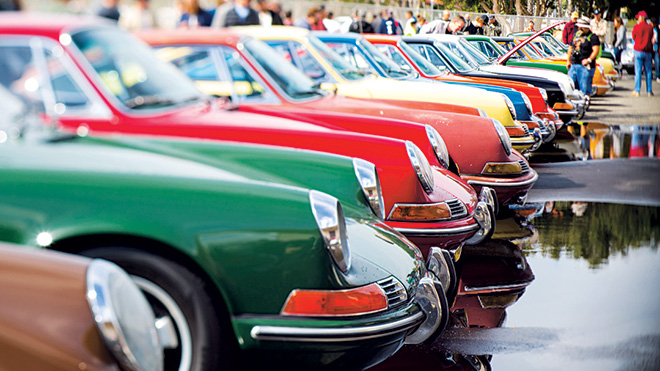 “I thought, ‘Why do people collect classic cars? Why do people even own cars? Those are horrible investments. I get a company car. Why would I want to own a car?'” Long recalls. “Well, my viewpoint definitely started to change. When I bought my first vintage 911, my engagement with the brand took a huge step – that’s when the third-stage rocket ignited, and then I was really going. From there it’s been a walk back through time, into all the things that I guess were already a part of me by being exposed to vintage cars from a very young age.”