“We are thrilled to welcome Parker back to the Exclusive Autosport program for 2018,” said team principal Michael Duncalfel. “I couldn’t think of a better driver to make our debut in Pro Mazda Championship with. He is an incredibly well rounded athlete and a fan favourite. I have said it before, Parker’s work ethic on and off the track is second to none. Whether it’s training at the gym, working on his marketing campaign or continuing his development as a driver, he invests so much of himself into his racing program/career.

“Although we feel we have some unfinished business, coming up short in the USF2000 driver championship in 2017, we made huge strides last year and it is such a positive that we get to build on that success and momentum from 2017. Crew chief Jay Green will be moving up to the Pro Mazda program. Joining him is the addition of Tim Lewis as our lead engineer on the PM program. With the leadership and knowledge these two gentlemen we have added more depth to the Exclusive Autosport Pro Mazda operation. I am confident that we will see Exclusive Autosport and Parker Thompson back in the winner circle in 2018.”

The team is planning to run a pair of cars in the Pro Mazda Championship and hopes to be able to announce its second driver by the end of February.

“I am extremely proud to have the opportunity to continue working with Michael Duncalfe and the Exclusive Autosport family,” said Thompson, 19. “We have all enjoyed some immense success together over the last few years, and I look forward to bringing our momentum from 2017 into the 2018 Pro Mazda Championship. It’s an honor to lead EA’s charge into the Pro Mazda category, and I can’t wait to pick up where we left off last year in USF2000.

“It’s not often when a driver has the opportunity to work with the same group of guys in back-to-back years, and I want to capitalize on this relationship. Getting to work with a veteran engineer like Tim Lewis and crew chief Jay Green developing this new Pro Mazda is going to be game changer. Anything but a championship this year will not be acceptable. Thank you to all of my partners, and Exclusive Autosport for making this all possible and believing in my abilities. I look forward to proving that they made a good decision in 2018.”

Thompson is pleased to have Badlands Motorsports Resort returning to his group of marketing partners for 2018; a list that includes valued associates like Wheelhouse Media, Openhwy, One-to-1 Fitness, TriQuest NDT, Todayville, Sparco, and Bell Helmets.

“When not behind the wheel, Parker is an active member our community, and a strong advocate for responsible road driving habits, crusading across Canada with his teen focused program ‘Drive to Stay Alive’,” commented Jay Zelazo, the CEO of Badlands Motorsport Resort. “Driving for the Saskatoon-based Exclusive Autosport team, Parker epitomizes the spirit of Canadian Prairies, and demonstrates many of the values held in high regard by Badlands Motorsports Resort. We are excited to continue our relationship with this up-and-coming Canadian race car driver as the development of our world-class motorsports facility and tourism resort progresses.”

With the opening round of the Mazda Road to Indy Presented by Cooper Tires just over six weeks away, at the Grand Prix of St. Petersburg, Florida on March 9-11, pre-season testing will continue. In addition to their pair of Pro Mazda cars, Exclusive Autosport is also planning to run at least three cars in the USF2000 program this year, and will announce their first driver next week. 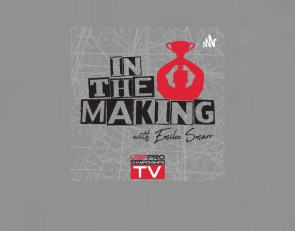 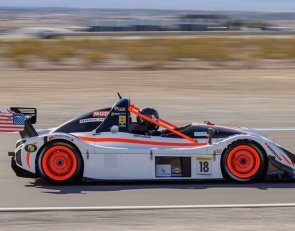