Of all the racing teams owned by Chip Ganassi, it was the factory Ford FIA World Endurance GTE-Pro program to deliver his 199th race win, and on Sunday at the Rolex 24 At Daytona, his IMSA WeatherTech SportsCar Championship GT Le Mans team finally got the Chipster to his long-awaited 200 mark.

There was nothing remotely close to steady opposition in GTLM as the class-winning No.67 Ford GT driven by Ryan Briscoe, Richard Westbrook and Scott Dixon, and the second-place No.66 piloted by Sebastien Bourdais, Joey Hand and Dirk Muller owned the race from green to checkered flag. Carrying tribute stickers to the late Dan Gurney, who scored Ford’s first Le Mans win in 1967 with A.J. Foyt, the result carried extra meaning.

“It’s an amazing feeling to get Chip’s 200th win, with Dan Gurney on our car, it’s ever so sweet,” said Westbrook, who finally won Daytona on his 12th try. “No team orders, 24 hours of intense racing; we earned that. And we made a race of it. It was cool.”

Barring three laps lead by the No.4 Corvette C7.R and seven by the No.911 Porsche RSR, the Ford GT tandem were in command for 771 of 781 laps completed by the GTLM class – 98.7 percent of the contest. It was a fitting performance to bookend Ganassi’s first victory, which came in 1994 at the Surfers Paradise CART IndyCar race with Michael Andretti in a Ford/Cosworth-powered Reynard chassis (below). 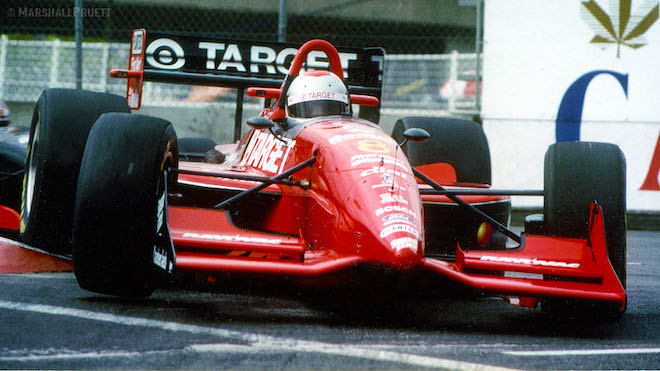 The No.66 held the point for most of the race, but a brief problem in the pits when the twin-turbo V6-powered coupe refused to engage first gear opened the door for the sister No.67 and the two entries worked a variety of race strategy scenarios to jockey for the top step of the podium.

“It’s always fantastic to win here,” said Dixon, who took his third Rolex 24 win. “I don’t think we had one single problem, which is something for Ford and the entire program to be proud of.”

Ganassi’s 200th win encompasses his Verizon IndyCar Series, IMSA, WEC and NASCAR programs. The Rolex 24 victory is CGR’s eighth from 15 attempts, and follows its 2017 Rolex 24 win with the No.66 entry.

Among his peers, Ganassi stands alone as the only team owner in motor racing history to have won the biggest open-wheel race in the world, the Indy 500, the two biggest stock car races with the Daytona 500 and Brickyard 400, and all three of the world’s greatest sports car endurance events at the 24 Hours of Le Mans, 24 Hours of Daytona and 12 Hours of Sebring.

“It’s been a great weekend. I don’t know what to say,” Ganassi offered. “For me, it was one of the most nerve-wracking wins. After a certain amount of hours go around the clock, it’s your race to lose and those are the worst races, because everything’s out of my control.” 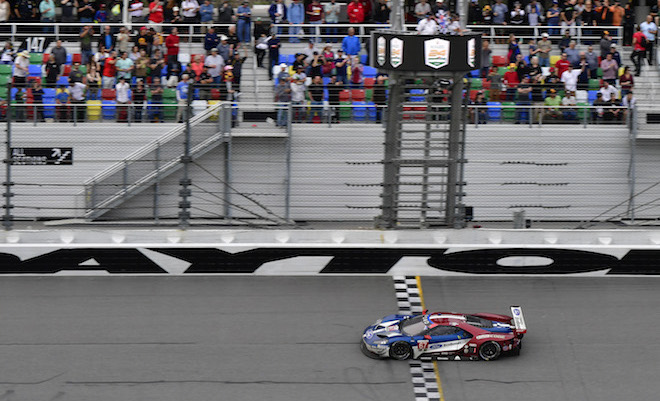 On Sunday, taking a trip down memory lane on 200 wins was of little interest to Ganassi.

“We were a one-car team then,” he added. “That was a big race when I look back on it. In terms of the 200 wins, there’s a time and a place to talk about that. We just focus on what we’re trying to do today. Today’s win is about today at the Rolex.”