Stroll: Daytona is a throwback to why I race

Stroll: Daytona is a throwback to why I race

“Oh, as if you’ve never interviewed me before! What have you got new to ask me?!”

Sometimes, a familiar face is just what you want to see. In Formula 1, familiarity almost breeds contempt among drivers. As a Daytona first-timer myself, coming to the Rolex 24 feels refreshingly different to the F1 paddock, so I can understand that Lance Stroll is probably only half-joking when he greets me for our interview, hidden in a soundproofed radio room alongside the windowless media center.

But the thing is, I have got something new to ask the 19-year-old Canadian. Just why is he competing in the Rolex 24? Is it a release from F1? A chance to compete in something more raw? Is it simply to win? What are the reasons?

After our first exchange, I’m counting that as a win, and joke that I’ll make it my only question.

“Formula 1, as much as I enjoy competing at the highest level in the world, it doesn’t necessarily always allow me to go out and race and drive for the same reason that I started doing this, because there’s a lot of things going on during the weekend – commitments, media, meetings, all that sort of stuff – so it’s a bit of a job, in a way. Which I respect and I understand, and I want to be a part of because that’s the trend as you grow up and go through the ranks – you get to a point where it becomes professional and it becomes your life.

“So that’s fine, but I wanted to come back and I wanted to race just because I love racing. I’m here with my buddies, I have an opportunity to share a car with three guys I know very well and I’m really good friends with, and the whole concept and the whole idea sounded really appealing to me. And it suits my schedule. It’s a time of year where I don’t have to be committed to Formula 1, so I can just be here and enjoy myself. Plus I was here last time and I love the race, so with all that in the back of my mind, I just wanted to come and do it again. 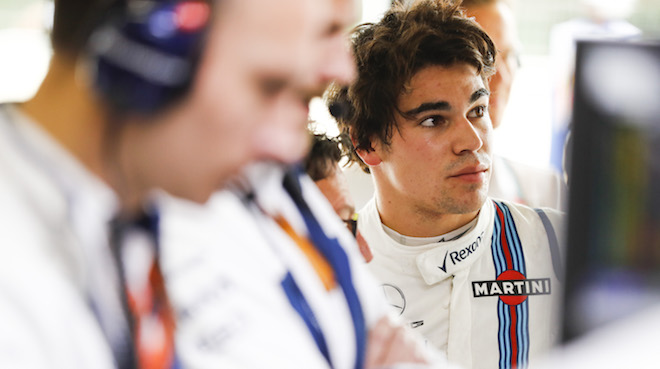 “I think there’s more to it than just driving in Formula 1, if you know what I mean. In motorsports there’s a lot of cool races out there and cool things to do. Fernando [Alonso] is here and here’s here for the exact same reason, just because he wants to win, he wants to drive, and he loves racing. That’s what I’m all about.”

Alonso is the obvious comparison as the only other active F1 driver competing at Daytona this weekend, and it is the Spaniard who has been grabbing the limelight. That’s just how Stroll wants it, as he is so keen to enjoy downtime with his teammates – with the emphasis on ‘mates’ – Dani Juncadella, Felix Rosenqvist and Robin Frijns.

“When you walk away from here on Sunday night…” I start.

“With my watch!” Stroll interjects.

“Is that the only way you’ll be happy?”

“No! OK, yes, if you put it that way, for sure I’ll be happy if I win. There’s only one winner – it’s going to be us! I’m just kidding. We’re aiming to win the race, it’s obvious, everyone is, but whether we win or not I will go home and carry on doing what I do.

“I want to win, that’s a bonus for sure. But just being here is great, being with my friends, sharing the car, that’s a once in a lifetime opportunity. Normally one of them is busy doing something, but this time it all worked for all of us, and that makes it so much cooler.

“It’s not like I just have my spot and am with a few guys that I don’t really know. I get to actually share with guys I was teammates with in Formula 3, and whom I’ve known for many years now. It makes it that much more exciting and that much more motivating to go out there and win the race.

“We’re good buddies, so even outside of racing, we chat and we touch base. Now we’re all here racing, and we’re very laid back about the whole thing, which is really cool. We’re just here to race and give it our best shot.”

Stroll’s obvious enthusiasm of the Rolex 24 is infectious, but it’s very much a one-off event each year for the Williams driver, who has spent the rest of the winter focusing on where he can improve in F1.

The way he discusses the attraction of racing at Daytona sometimes veers into territory that could be interpreted as criticism of his day job. But he insists that this isn’t the case, and explains just what makes the extra baggage that comes with being a grand prix driver worth the hassle. 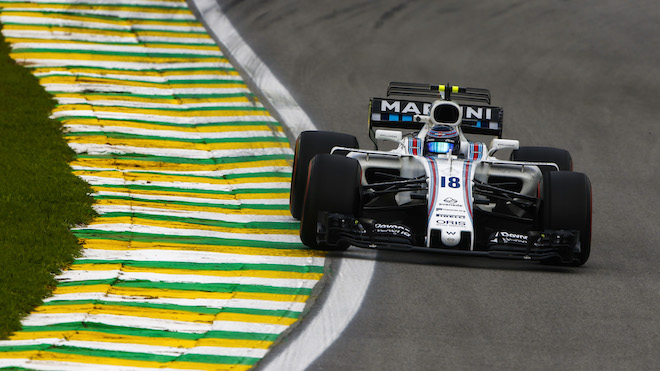 “I love it when I’m in the car; I enjoy driving the car,” he says. “I just think there are a lot of other things that take up a lot of your time – like interviews! But it’s part of the job, and that’s where I want to be at the moment. I’m super-happy to be in Formula 1, that was my dream since I’ve been a kid, but I guess it’s also about finding the right balance.

“You have to enjoy it while you’re at the track and enjoy driving the car and the whole thing, but then it’s about finding what works off the track to keep you motivated when you go back to work. Last year I was really busy wrapping my head around the whole thing and how Formula 1 works, but now with my second season, I kind of know where to position myself between races, and where I want to be, and how I want to balance out my year, having done that once before.

“I think that’s a huge thing in F1, because you know what you need and what’s necessary to do, and then what’s not. When it’s time to disappear from a race track and get away, I have a much better idea about what I’m going to do with that. I think that’s a huge part of it.

“But for sure, driving these Formula 1 cars, they’re the quickest cars ever and it’s a great time. When you score a good result in Formula 1 – standing on a podium, finishing in the points for us [at Williams] – when you achieve those results it’s the greatest feeling in the world and that’s why I do it. I can tell you now, when I have a great race in Formula 1 in front of all those fans at a grand prix, it’s f***ing awesome! It’s so cool, it’s insane, and nothing will ever come close to that.

“Whatever you compete in, there’s always pros and cons. In Formula 1 I think sometimes it’s a shame that it has to be so political and it has to be the way it is, but then at the same time, because it’s so hyper-intense, it then makes that feeling of satisfaction that much greater. It goes both ways, but that’s what keeps me motivated, knowing how awesome it is to achieve a good result in Formula 1 with all the best drivers in the world and the best teams in the world.

“It’s unlike anything I’ve ever experienced in other categories, so I’m aiming to repeat that this year, hopefully more often and more consistently. But I can say that I know what it feels like to achieve good results and I want to do more of that.” 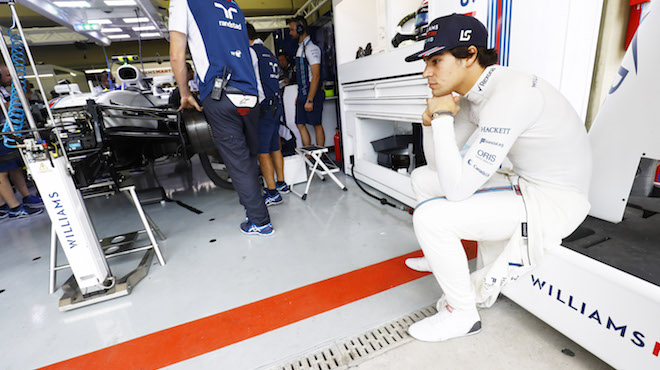