MEDLAND: A compromise, of sorts

MEDLAND: A compromise, of sorts

So the 2018 Formula 1 grid is complete, and for the romantics among us, it might seem a bit of a disappointment.

Step back to the end of July last year and the hype train was building up a head of steam as Robert Kubica prepared to make his first outing in a current F1 car for more than six years. A race seat at Renault looked a real possibility – even before the end of that season – and the excitement was massive.

Even when the Renault prospects ended, Kubica’s tests with Williams came amid growing expectation that the Pole would be racing alongside Lance Stroll in 2018. Then, according to the team, the Abu Dhabi tire test happened.

And this is where we need to cut through the party lines a little bit and look at reality.

Williams made clear that Kubica was not as quick as hoped, while Sergey Sirotkin excelled. Fair enough. Except Williams genuinely was expecting to announce Kubica as its race driver and Sirotkin came onto the scene late, so to base such a turnaround on one test – especially one that even Rob Smedley said would be unfair to judge a driver’s pace on – seems a little far-fetched.

Plenty of other factors come into play: finances, potential, readiness. And it’s not a negative point to say that’s why Sirotkin got the seat.

Let’s get the touchy point out of the way first. It seems Sirotkin brings a much more attractive financial package with him than Kubica at this stage. Figures of €20million ($24.4m) compared to €8m ($9.8m) were suggested over the past month, and for a team trying to bridge the gap to the top three teams – plus McLaren and Renault – such an injection can certainly be put to good use.

But looking beyond that, Sirotkin is more ready at this stage of his career. At 22, he has had experience with F1 teams for over four years already – remember, he joined Sauber in 2013 (below) – and his performances in what was then called GP2 were impressive. 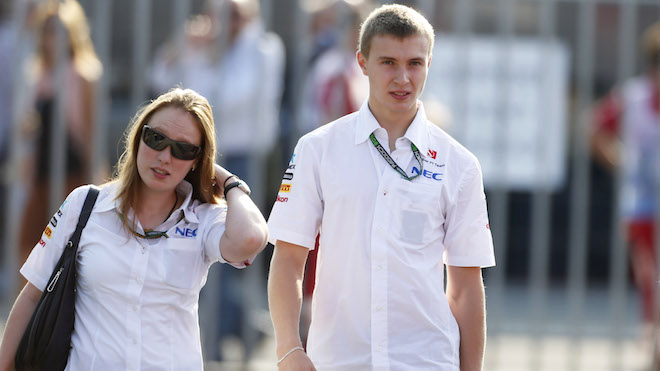 I’ll admit my opinion had been somewhat tainted by a 17-year-old bringing a lot of money to get Friday practice outings with a struggling Sauber team, but those with a better knowledge of Sirotkin’s past suggested he was quick, just being pushed up the ladder far too soon. For him to then come into GP2 in 2015 and finish third for Rapax – a team not fighting for the title – was impressive, and earned him my vote as rookie of the year.

To put that into perspective, current Toro Rosso driver Pierre Gasly was eighth in the much-fancied DAMS team that year. You can’t judge drivers against each other on one season alone, but Sirotkin clearly has talent.

The following year delivered another third place after a move to the more competitive ART team, with Prema dominating the championship (as it would do again last season with Charles Leclerc). Sirotkin was by then fully embedded in the Renault team throughout 2017, meaning he has pace, an upward career trajectory and plenty of knowledge of what is required to perform within an F1 team. He has money, potential and he’s ready.

Perhaps the same can’t yet be said for Kubica.

The Pole’s performance in Abu Dhabi was described as “no quicker than Stroll” by one source after the test, which I’ll admit I found puzzling at the time. For a driver of Kubica’s ability, still working his way back towards his full potential, to be at that level already suggested he would be quicker still if given a full-time seat.

But Formula 1 is a harsh business, and Kubica still needed time. It was something Pirelli’s motorsport boss Mario Isola told me only last week. 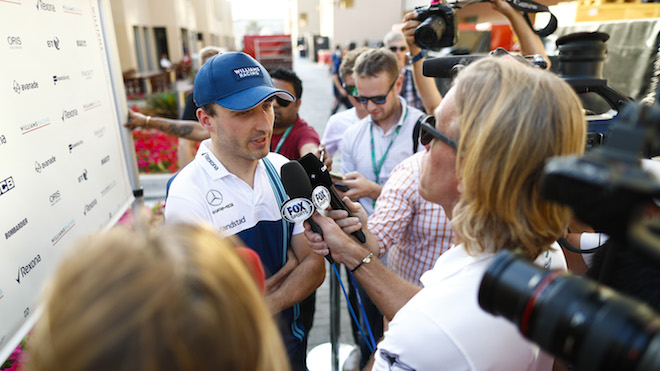 “You cannot pretend that any driver jumping in a car will be quicker than a driver who was involved in many tests or many races,” Isola said. “Give him the time to adapt and to show us the full potential. I believe he is still a very quick driver.”

Well, that’s exactly what Williams has done. This is a team that has won multiple championships in the past, that took advantage of new regulations to break into the top three for two seasons in 2014 and 2015, and that has the extremely talented and successful Paddy Lowe as its latest chief technical officer. This team is not stupid.

In handing Kubica the reserve and development role – one that will include a lot of track time – it has ensured that it will benefit from Kubica’s experience, but also from his progress. His feedback might be as good as ever, so Williams can make full use of that. And while his pace remains a little off where the team hoped, a full season in the reserve role will show if time does indeed produce the improvement that Isola talks about.

From the position it was in last season, Williams was not about to leap forward to the front of the grid. 2018 will all be about steady progress and trying to close that gap step by step. If Sirotkin excels, then the team has made an excellent decision. If he doesn’t, it is very unlikely to cost it a top three constructors’ championship position, and the extra backing will soften such a blow. And while that plays out, Kubica will be waiting in the wings and getting ever-more prepared for a return.

It would have been a great story to have Kubica racing again this year. In fact, a year ago it would have been scarcely believable, because at that stage he hadn’t driven an old F1 car since his accident, let alone a current one. Only seven months ago did he get back behind the wheel of a 2012 Lotus and start on the path towards a return in earnest.

But the real story is just having Kubica racing again in F1, period. The Williams role is another big step towards that dream. The hype train is still rolling.