As Prototype teams loaded into the recent Roar Before the 24 test at Daytona International Speedway, most expected the existing Cadillac DPi teams to show well, but few would have predicted the program newcomers at Spirit of Daytona were ready to upset the established pecking order.

With everything left to learn about the Cadillac DPi-V.R, drivers Tristan Vautier, Matt McMurry, and Eddie Cheever III would have gone unnoticed if they’d fallen behind Action Express Racing and Wayne Taylor Racing. At the conclusion of three days of running, it was Vautier in the No. 90 Cadillac sitting second overall, splitting his stablemates at AXR and nearly a half-second clear of WTR, defending winners of the Rolex 24 at Daytona.

In light of the limited time SDR had with the car prior to the Roar, the immediate speed it found can be heavily attributed to the baseline setup and performance data provided by the brand, and with veteran race engineer Ricky Cameron in charge of the car, the No. 90 became a fixture at the head of the class.

“To be honest, I don’t know if we were surprised or not because we didn’t have any expectations,” Vautier told RACER. “It seems like Ricky Cameron came away with a great setup for us, and we were hoping we’d be fast right away, but we weren’t surprised because we didn’t know where we would end up.”

As SDR’s new young team leader, the IndyCar veteran has been able to rekindle a relationship with Cameron – one that dates back to the Frenchman’s championship-winning days on the Mazda Road to Indy – with great effect. Add in the rapid rapport he’s built with college student and pro racer Matt McMurry, plus the son of Indy 500 winner Eddie Cheever, and the Troy Flis-owned team has a tidy little package on its hands.

“Straight away, the chemistry was very good with Matt and Eddie; we all have a good spirit, which is important in endurance racing,” Vautier (pictured below) said. “This mentality of wanting to be fast and work together is something we need, and Troy is very good at making everyone comfortable and relaxed to do their jobs well. It funnels down to the mechanics and crew. It makes things smoother, and knowing Ricky really well, it wasn’t like coming into a new team for me.” 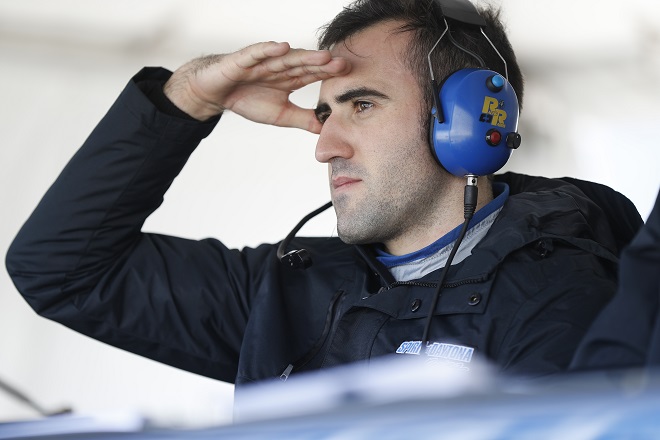 It would be easy to lose SDR among the heavy hitters due to arrive at the Rolex 24. Take AXR and WTR, Acura Team Penske, Mazda Team Joest, Fernando Alonso with United Autosports, Lance Stroll and Paul Di Resta with Jackie Chan DC Racing, and with the somewhat unheralded trio of Vautier/McMurry/Cheever III in the mix, the blue No. 90 Cadillac might be overlooked among the pre-race favorites.

“It’s a good position to be in,” Vautier added. “I like this. With the big teams and biog names, people see us as outsiders, but we are really motived to prove people wrong. We did well at the Roar, so people might expect more from us, but we need to see what everybody has at the race – their true pace. Maybe we aren’t big like them, but maybe that’s good for us. The pressure is less. That’s a common mistake – to put too much pressure on yourself to live up to big expectations. I think we will just go do our race, be quiet about it, and hope that we can surprise everyone at the finish.” 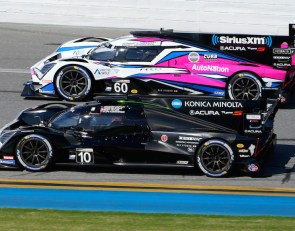 Countdown to GTP at Daytona: Sharing benefits... for now