There’s a trend developing at the 32nd annual Chili Bowl. Young bad asses driving a Keith Kunz Spike/Toyota show their heels to the competition. For the third consecutive evening this was the A Main scenario as Christopher Bell joined Kyle Larson and Rico Abreu in this growing club.

Starting from the pole on Thursday night, Bell led all 25 laps to earn a top-five starting spot in Saturday night’s final and give him a great chance to repeat his victory from a year ago. 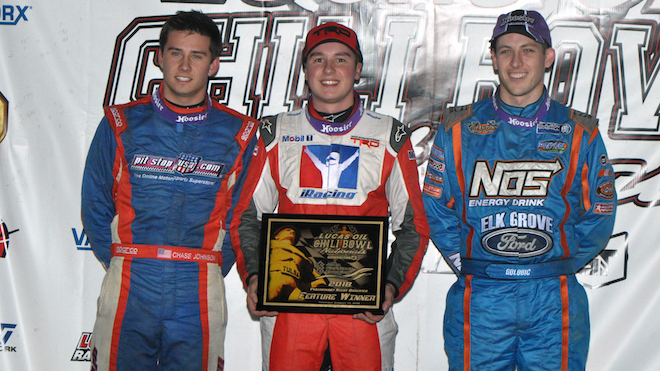 California’s Shane Golobic came from sixth place to snare second and Chase Johnson held onto third for the other automatic transfer spot into the prestigious midget race on at Tulsa Expo Raceway.

Veteran and multi-USAC champ Tracy Hines ran fourth and the drive of the night came from 2016 USAC midget champ Tanner Thorson as he charged from 23rd to 11th.

Friday night will be the final round of heats and qualifying races. 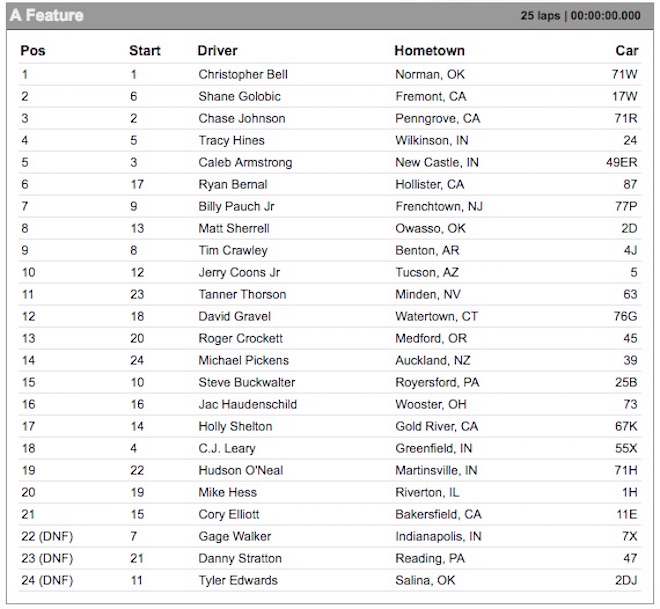