Chase Elliott was the first driver to put the new Chevrolet Camaro ZL1 on track during a Goodyear tire test Tuesday at Texas Motor Speedway.

The Camaro is replacing the Chevrolet SS beginning this season. The SS debuted in  NASCAR’s Cup Series in 2013 and won over 70 races in the premier series along with three championships.

While there was certainly excitement for all those involved with Elliott making laps around the 1.5-mile speedway Tuesday, the Camaro will make its official racing debut in the Feb. 18 Daytona 500. Then will come Atlanta, another 1.5-mile track, and a slew of other high-speed facilities.

And it will be in those conditions that Elliott says the identity of the car will begin to show. The little work he did at Texas, and without having competitively raced other cars, is not a true measuring stick. 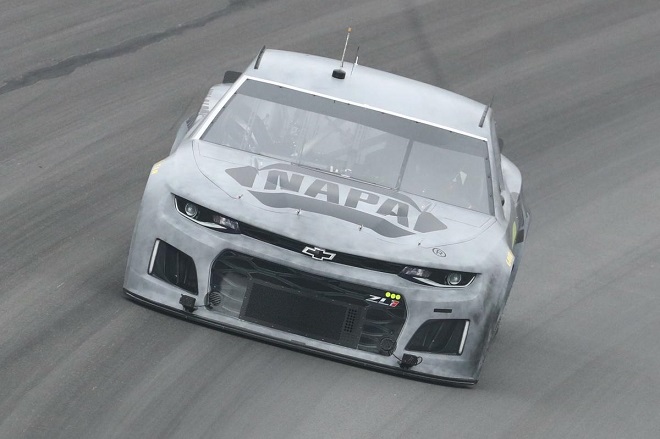 “As far as the feel goes, it’s so hard to tell. I have a hard time feeling much of anything, I’m going so fast,” Elliott said of his track time. “I think until we get into situations where we are racing and we get some more general analysis of hey, the Chevrolet’s are better or the Chevy’s are qualifying better or the Chevy’s are racing better – I think until we get of those generalizations of exactly how we stack up, it’s going to be hard to just make a ‘guesstimation’ of how the thing drives and say it’s better or worse. It’s hard for me to tell out there by myself.

“But, the car looks great. I don’t know from a manufacturer standpoint, from the public eye standpoint, I don’t know how you could not identify the Camaro with the Camaro on the street. It looks the same. I think that is something to be very proud of from Chevrolet. The work they did on that and the thought process behind it. It is the same car, it looks just like it. I think job well done from that standpoint.”