CRANDALL: Five drivers with something to prove in 2018

CRANDALL: Five drivers with something to prove in 2018

Denny Hamlin does not deliver. Championships, at least.

The ‘Denny Delivers’ slogan is just that: a slogan. A nice motto and social media hashtag the Joe Gibbs Racing driver picked up to play off his FedEx sponsorship. It’s fun. Cute, even.

But again, 37-year-old Hamlin has not delivered the big prize. The 2018 NASCAR season will be his 13th full year in the Monster Energy NASCAR Cup Series, and Hamlin is the first of a few drivers whose feet I’m putting to the fire. We’ll get to the rest of them in a minute.

For Hamlin, it’s simple: win the championship this year or be known as the guy who couldn’t get the job done when the pressure is on. Then again, some would already argue as much based on how the 2010 season ended. You remember that year – Hamlin lost the championship in the final race after entering as the points leader.

There is a reason Hamlin was asked, by this writer, before the start of the ’17 playoffs if he thought he’d already have a championship at this point in his career. There is also a reason why another media member pointed out that he could write a book on how to screw up a championship run. Blame bad luck, blame underperformance, but there should be no reason that Hamlin doesn’t have a championship already.

All the variables continue to be in his favor – experience, a more than qualified crew chief in Mike Wheeler [the fourth crew chief he’s worked with], some of the best cars in the business from JGR, and the fastest manufacturer in Toyota.

“We actually had a very good year,” Hamlin said during Champion’s Week. “We tied my career highs in top fives, top 10s; we lowered our average finish lower than its ever been. So statistically, very good year. We need to get some wins – two wins is not up to our standards, and obviously, we need to win a championship to be up to our standards.
“If you’ve been doing this as long as I have, it’s kind of championship or nothing. And that’s the way we go into every single year.”

The 13th time must be the charm for Hamlin. But, again, he’s not alone. 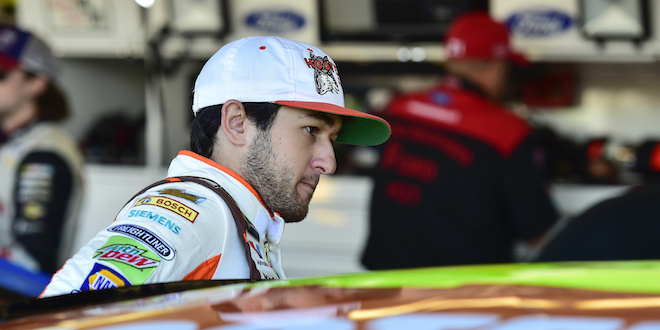 This is the year Chase Elliott wins a race, right? It seems unlikely Elliott will again go 0-36, but I’m still putting his name on this list. In the remote possibility the No. 9 car fails to find Victory Lane, the young star is going to face some backlash.

In 77 career starts, Elliott has 13 top-threes, six of which are second-place finishes. In his short career, Elliott has already ticked off every way a driver can lose a race. Combine that heartbreak and frustration with the mental warfare Elliott declares on himself, and he’s probably the hungriest driver in the garage when it comes to wanting to win.

It will be crucial that Elliott get to Victory Lane early in the year, and quite often afterward. Quiet the whispers of him not cracking under pressure and, hopefully, take a load off of his mind, as well. I fear that another winless year could result in Elliott psyching himself out of getting it done any time soon. 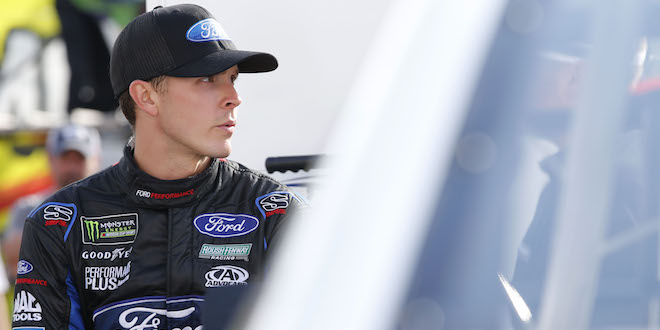 Trevor Bayne, too, has a question he must answer this year. Is he a contender or a pretender?

The good news is that Bayne had a career year in 2017, with highs in top 10 and top-five finishes. The bad news is those numbers were nothing to write home about (six top 10s and two top fives) when compared to what teammate Ricky Stenhouse Jr. did. The No. 17 team’s achievement of winning two races and make the playoffs now shifts the heat to Bayne to show what he’s capable. Being the best supporting actor on the team isn’t going to cut it anymore.

Bayne enters his fourth full season this year, but he’s been around since 2010 when he made his debut, and began running a limited schedule thereafter. The only thing to show for Bayne’s 166 starts is a Daytona 500 win in 2011. Not to diminish the accomplishment, but the longer Bayne’s career moves onward without much success, the more that day looks like a fluke.

For me, a telling sign about the attitude within the walls of Roush Fenway Racing appeared this past September when team president Steve Newmark admitted that while thrilled he was Stenhouse would be in the postseason, he was upset that both cars weren’t contending for the championship. As Roush continues to improve its program, a stagnant Bayne will speak volumes.

Again, are you a contender or a pretender, Trevor?

The same question can be presented to Paul Menard. The Cup Series veteran has big shoes to fill, taking over the No. 21 that Ryan Blaney took to a race win and playoff qualification last year. Blaney was a part of putting Wood Brothers Racing back on the map, even though Bayne won the Daytona 500 for them a few years ago.

With Blaney, the No. 21 became a regular presence among the contenders at the front of the field, which is somewhere that we’re not used to seeing Menard. His career has been as quiet as his personality, and he is another driver who needs to prove his talent this year, because if WBR takes a step back, he’s going to get the blame. 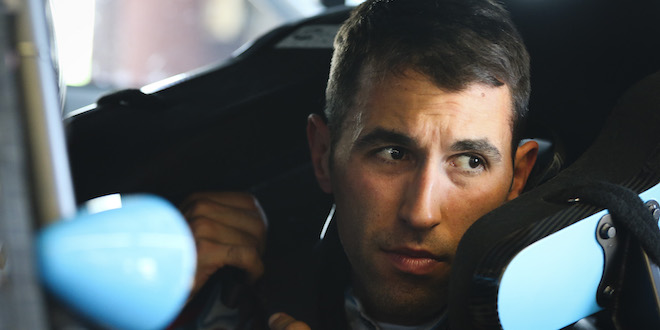 Aric Almirola understands there is also a put up or shut up mentality centered on him as he takes over the No. 10 Ford at Stewart-Haas Racing. SHR produces championship equipment, and at the Cup Series level, this is the best opportunity Almirola has had to be a consistent contender.

“I’ve got to go out and perform, but I think that speaks for itself, right?” Almirola told me in November, also admitting he’s going to welcome such pressure. “All of their [SHR] other cars perform, so I expect to be on par with my teammates, and if I’m not, then there’s a problem.”

For the last six years, Almirola has essentially gotten a free pass while driving the No. 43 because there were low expectations for Richard Petty Motorsports. But I tend to believe that excuses don’t exist at SHR. The company is made up of too many competitive people. The cars are far too good just to make laps. So regardless of whether co-owner Tony Stewart says Almirola has nothing to prove, it’s hard to believe otherwise. If Almirola does not run in the top 10 and contend for wins this season, he may never be known as anything other than an also-ran in the Cup Series.

Of course, he won’t be the only one. In a world centered on the “what have you done for me lately” mentality, it’s time we see that in NASCAR.