Each of the three IMSA WeatherTech SportsCar Championship classes held a 15-minute qualifying session. On the line – choice of pit and garage locations for the Rolex 24 At Daytona on Jan. 27-28.

“We felt pretty confident,” Nasr said. “We felt the car was behaving well. Myself and Filipe (Albuquerque) in our sister car gave everything we had. The times were pretty close up in front. Some cars are not showing fully what they can do, but I know we are. I pushed 100-percent – nothing to hide here.”

Nasr denied a solid effort by Tristan Vautier, who came back again and again to top the efforts of Nasr and Albuquerque in No. 5 Mustang Sampling Cadillac. Vautier ran 1m36.037s in the No. 90 Spirit of Daytona Racing Cadillac, followed by Albuquerque, 1m36.135s.

“All the Cadillac teams came here in good spirits,” Vautier said. “We wanted to show what we had and we pushed flat out the whole test, because we want to maximize everything we have for the race and we think it’s the right thing to do.

“I gave it all I had. We pushed each other to learn more about the car. Our car hit the ground for the first time on Jan. 2. It’s been pretty straightforward, with no major issues. The setup we showed up with seems to be in the window. We’re looking forward to the race.”

Renger van der Zande was fourth in the defending race-winning No. 10 Konica Minolta Cadillac DPi-V.R, 1m36.481s, as Cadillacs led the opening six practice sessions in the Roar test prior to qualifying. 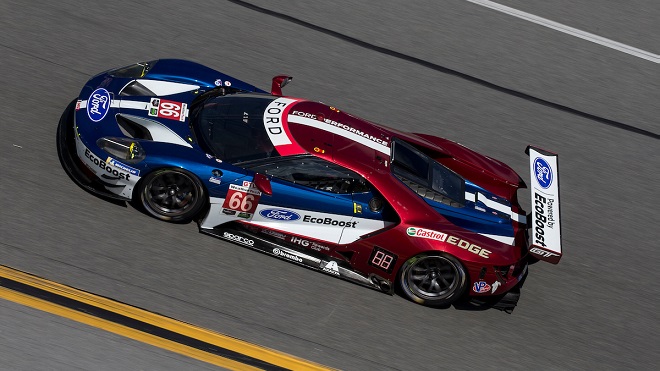 “This was unique – my first garage pole,” Hand said. “But hey, if somebody says qualify, and you can get a pole, no matter what it is, I take it, and chalk this up on my list. You’re always trying to win practice, top win qualifying, so we went for it.” 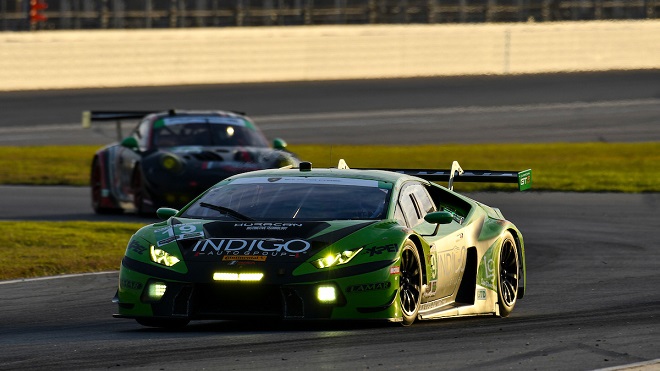 A 30-minute practice session was held prior to qualifying. Cadillac led for the sixth consecutive session, led by Vautier’s 1m36.960s – making the No. 90 Spirit of Daytona entry the fourth different Cadillac to top the practice charts. Hand led GTLM, 1m44.132 in the No. 66 Ford Chip Ganassi Racing Ford GT, followed by Oliver Gavin in the No. 4 Corvette Racing Corvette C7.R. Andrea Caldarelli paced GTD, 1m47.913 in the No. 48 Paul Miller Racing Lamborghini Huracan GT3.