The bold move by Mazda to withdraw its pair of RT24-P DPis from the IMSA circuit in July and send the cars through an exhaustive redevelopment process has reached its conclusion.

Based on the Riley/Multimatic Mk. 30 chassis, Mazda’s premier RT24-P racing program was deconstructed by its engine and chassis partners during the second half of the year under the leadership of the new Mazda Team Joest.

All of the related systems within the chassis that influence the performance of the staccato 2.0-liter turbo four-cylinder engine produced by AER were addressed. The chassis itself was also the subject of heavy revision at the front and back of the car, and the custom Mazda-themed bodywork manufactured by Multimatic went under the microscope.

And to the naked eye, the vast majority of the work is hidden from sight under bodywork, inside the motor, and beneath the dual Mazda Team Joest entries. 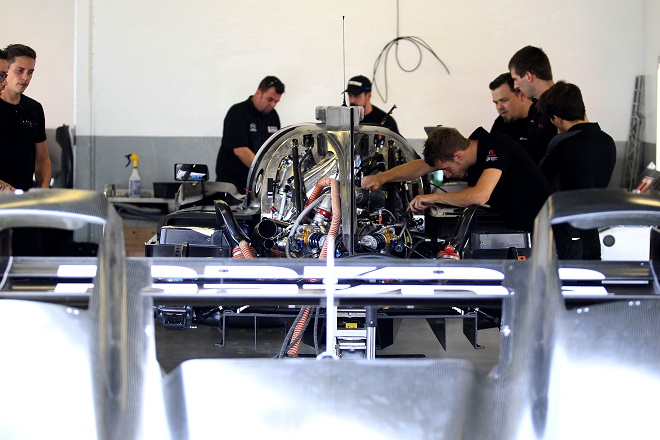 “What has happened since the first moments that we shared our intentions for a complete program ‘makeover’ with Multimatic is truly amazing,” Mazda Motorsports director John Doonan told RACER. “Larry Holt, Stephen Charsley, Julian Sole, Peter Gibbons and the entire Multimatic family have been all hands on deck every minute for nine months. They have absolutely transformed our Mazda RT24-P from top-to-bottom, period.

“The testing progress we have experienced thus far is 100 percent a credit to the Multimatic organization. They created a better environment for the engine to operate in, a more efficient car overall, and a car that is easier and fun to drive. All of us at Mazda are so grateful for our partnership with Larry and his team.”

With Multimatic having taken over the Mk. 30 project in its entirety last year, the Canadian outfit was tasked with a wide array of studies that would ultimately lead to wholesale improvements on the customer version of the chassis and Mazda’s RT24-P.

Weight reduction was identified as a priority. A reduction in aerodynamic drag was also a central focus for both versions of the car. Reworking the unique Riley front and rear suspension design was another core project for Multimatic, and for a company that made its reputation in the sport with highly advanced suspension solutions, it’s a project that was perfectly matched for its engineers.

The engine bay and optimizing cooling for the 2.0-liter mill proved to be the most valuable task completed by Multimatic. Overall performance challenges in 2017 were often traced to exceedingly high operating temperatures; telemetry readings told the team that oil and water temps lived in a troubling zone.

A variety of issues in practice sessions and races, often as a result of thermal management problems, pushed Multimatic to rectify the problem by sourcing new and larger radiators to provide the cooling capacity that was needed. With minimal space left to use in the sidepods, retrofitting the RT24-Ps with the bigger radiators was an intensive process, but the gains in testing have shown the effort was worth the time and expense.

Continual work using Computational Fluid Dynamics software and many days in the wind tunnel allowed Multimatic to bring the glowing turbo engines into a much happier operating range, and with the reduction in oil and water temperatures, a drop in the temperature of the charged air being fed from the single turbo to the engine has also been achieved. And with that cooler air, more efficient power is being made.

Strength and adjustability was another gain made by Multimatic with the Mk. 30/RT24-P suspension. The unique Riley layout at the front of the car with uncoupled springs and shocks was retained, but significant changes to its adjustability and motion ratios were carried out. And while exact figures aren’t available, it’s believed something close to double or triple the stiffness has been achieved at the rear by replacing the original suspension with a new and more traditional spring and damper layout.

Another Multimatic initiative that bore fruit was the search for weight to be carved from the cars. By removing every unnecessary ounce, Mazda Team Joest and the BAR1 Motorsports team that field the Mk. 30 have been given more freedom to place ballast in areas of value in their cars. Although the final number is unknown, dozens of pounds are believed to have been trimmed.

“The overall weight loss of the package ends up being like extra horsepower,” Doonan said. “Improvements and a complete re-think of the cooling system creates ‘horsepower.’ The suspension re-design creates a platform with better drivability results in ‘horsepower.’ When you couple all of these Multimatic-driven updates with the people and processes of Joest Racing, you start to assemble the ingredients for success. We certainly hope that all of the hard work by so many people is rewarded with a solid opening to the season.” 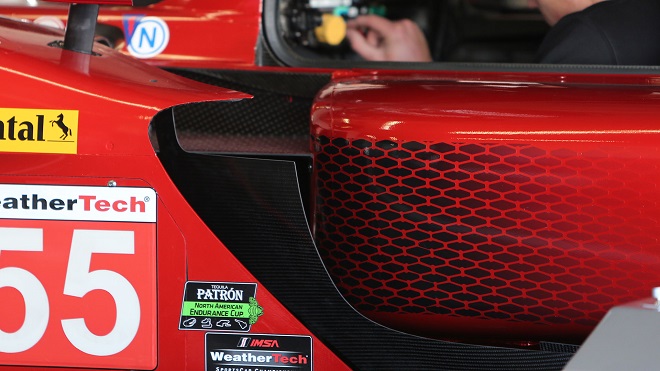 Just as the aero studies related to the Mazda engine proved invaluable, Multimatic found similar gains with the RT24-P’s aero performance. With the exception of minor external changes to the sidepod radiator inlets, relentless efforts beneath the car have made the interaction between the Mazda’s splitter, floor, and diffuser far more efficient.

Altogether, Mazda Team Joest’s remodeled DPis, overhauled driver lineup, and heightened expectations for the 2018 season will be met with its first serious on-track encounter with its rivals at Acura, Cadillac, and Nissan this weekend at the Roar Before the 24.

Now it’s time to let the stopwatch provide its cold assessment of how far the project has come since its debut at Daytona 12 months ago.

“Chassis. Engine. Drivers. Team. Not to over simplify how we have approached this, but that is really the way it has gone with optimizing our program,” Doonan said. “A life-long racing friend and mentor said to me in the last 18 months, ‘Keep it simple and focus on the basics,’ and that is exactly what we have done.

“I want to see us achieve results for everyone who has worked so hard. I want to look in the eyes of every team member and every member of our staff and see the look on their faces when we realize the top step of the podium. In the end, we want it and do it all for the Mazda brand and our fans.”

Click on the thumbnails below for larger detail images of the re-imagined RT24-P.