It’s late August at the NASCAR Hall of Fame in uptown Charlotte, N.C. An event hosted by Wood Brothers Racing has concluded and its future driver, Paul Menard, is making his exit.
As he does so, Menard exchanges brief pleasantries with team co-owner Len Wood, who is chatting with a few media members. After a handshake, Wood offers the parting words, “Looking forward to it.”

What Wood alluded to that day is now WBR reality. Menard is the driver of iconic No. 21 Ford after years at Richard Childress Racing. The Monster Energy NASCAR Cup Series veteran replaces Ryan Blaney, the hotshoe who captured his first career in in 2017 and qualified for the playoffs.

Menard has one win – 2011 at Indianapolis – in 399 career starts. He has been in the NASCAR postseason just once, 2015 when he finished 14th in points. The highest Menard has finished in the year-end standings.

As WBR enters its next era, some consider going from Blaney to Menard a step back. However, inside the team, expectations for Menard will not change from what they were for Blaney: win races, make the playoffs.

“I’m 100 percent confident that we show up at Daytona [and] Paul Menard has a shot at winning that race,” said Wood. “So, my expectation is to come home with a sixth guy winning the Daytona 500 for us.”

Blaney will be missed, of course. Even though the Woods knew the time would come when he was go into the Team Penske fold. Wood, however, says the team will be fine with Menard, as the No. 21 will continue to have what he calls top-notch cars through the alliance with Penske and top-notch engines from Doug Yates.

“We’ve done it before, and we’ve had success with all of them. … He [Menard] told us he would race his butt off for us, and that’s all you can ask for and I want to believe him.” 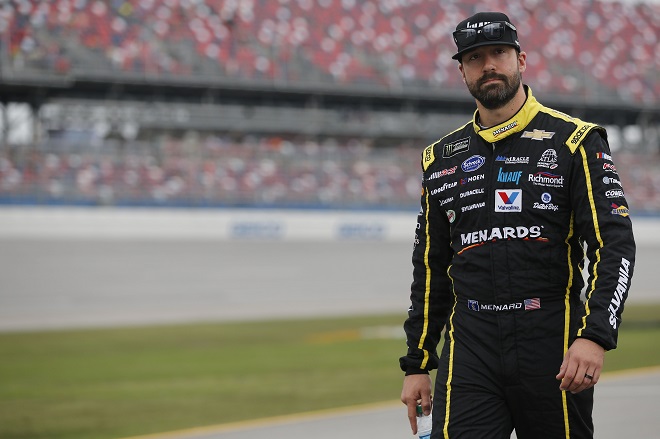 Menard is eager to get into a car he remembers watching Shepherd drive when he was a child. Being back in the Ford camp and representing the blue oval brand, which Menard drove for in 2009 and 2010, is also something important to him.

But he’s not brushing off the fact that he has big shoes to fill when it comes to the success Blaney had in the car. In his two full seasons, Blaney drove the No. 21 to one victory, two poles, 312 laps led with 23 to-10 finishes. During that same time span, Menard had no wins, poles or laps led with six top-10 finishes.

“No matter how you run, there’s always pressure to perform and do a better job,” Menard said. “But, yeah, Ryan set the bar pretty high. I have full confidence we can be there, too. That’s going to take hard work and some testing in the off season to get the synergy right with the team, and I think we can do great things.

“First and foremost, they have really fast cars, I think they’ve shown that the last couple years and especially [last] year,” Menard said of driving for the Wood Brothers. “Excited to drive the cars, and then how the relationship with Penske works and how they share their information. Trying to learn from Brad [Keselowski] and Joey [Logano] and contribute where I can and try to make something that’s really good be even better.”