As someone who has raced for 42 years, I-64 Motorplex promoter Tim Baldridge loves what the International Hot Rod Association (IHRA) Summit SuperSeries does for the grassroots Sportsman racer.

Drivers at his Owingsville, Ky., facility not only race for local championships, but they get the opportunity to join other IHRA track champions across North American at the IHRA Summit World Finals in Memphis, Tenn.

“It’s a big shot in the arm and it gives the guys something to shoot for,” Baldridge said. “Besides the regular points program, they get to run in Memphis. I like the way that IHRA puts them upon a pedestal and puts the red carpet out for them. I think it’s very deserving.”

It ties in nicely to the atmosphere Baldridge has created at his own IHRA-sanctioned track. 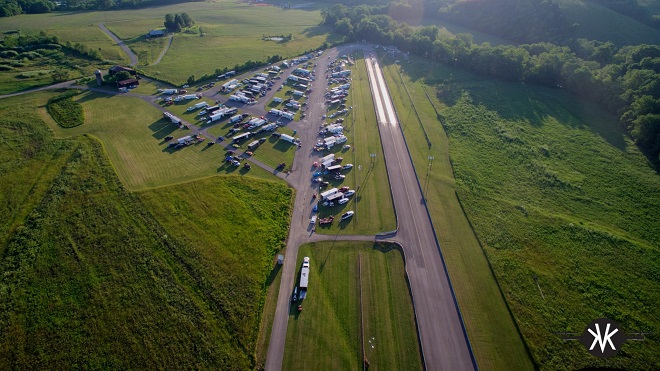 Baldridge took over ownership of the former Bluegrass Raceway in 2012. Since then, he has worked to upgrade facilities at the 1/8-mile track which sits in the rolling hills of Eastern Kentucky on 692 feet of elevation.

The track features a state-of-the-art Accutime timing system, and the pit area has several paved spaces, and 90 of them have access to electricity.

Beyond the racing, Baldridge has created a family-oriented atmosphere, which includes building bonfires when the races are over where people can come to roast hot dogs and marshmallows. At the Monster Bash on Halloween weekend, activities include trick-or-treating, a costume contest and a trailer-decorating contest.

Successful with its basic Top ET and No-Box programs, I-64 Motorplex recently upped its Sportsman program to include footbrake only and started awarding points. The goal is to get more beginners to race in the street class.

On the track, Baldridge uses his lengthy experience, which includes running the Hot Rod class in the 1990s and decades of bracket racing. Baldridge doesn’t race at his own track, but often tests his Top Sportsman, Top ET or No-Box cars, which give him a good feel of track conditions.

It’s geared toward a goal of giving his racers a fair and safe place to compete.

“The main thing is you’ve got to gain people’s trust,” he said. “To do that, you have to be loyal and consistent in how you treat them to gain that trust.”

To check out racing schedules and events, visit i64motorplex.com or visit the track’s Facebook page.