At the invitation of kart manufacturer Margay, the friends made the drive from Indianapolis to DIS where they competed in the Margay Senior Ignite class at a World Karting Association event, and with Veach’s overall win in Race 1 (pictured above) complemented by Chaves’ overall win in Race 2, the duo had a fine time just prior to New Year’s celebrations in Florida. 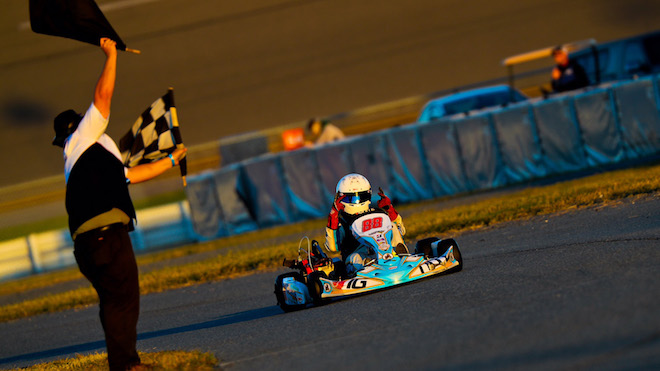 “With it being a spec class, it took those questions away, so if you put a good setup on the kart, you’re going to be OK. We knew anything could happen in the race, but we knew it would be fun.”

Veach says the wins at a WKA event won’t improve his odds of winning as an IndyCar rookie, but it did serve as a reminder of how important karting is for so many drivers.

“It’s good just to get back into competition and hopefully it brings us some good luck this season,” he said. “I think Gabby and I took away how much we love this sport and love karting – and having an appreciation for what we have today came from where we started in karts.”

Veach also got a feel for the talent in the Senior Ignite class…and spent time chasing young women and men who went after the IndyCar interlopers.

“That’s the beautiful thing about the Ignite series: it’s the stepping stone from rental karting to professional karting and the competition was really tough,” he continued. 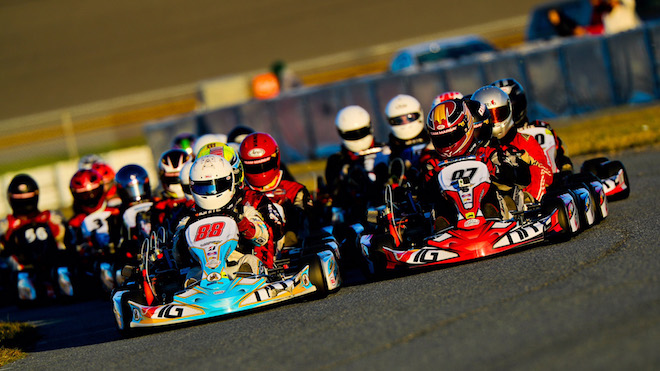 “You only have seven horsepower and the chassis is stiff, so the slightest overdriving slows you down, which means the best drivers get the last tenths out of the car. Charlotte Lalonde impressed us, and Jeff Jewell was fast, and he also taught Gabby and I a lot about setup on these karts. It wasn’t easy.”

With IndyCar’s embargo on private testing set to break next Monday, the WKA visit could be the last low-pressure event for the two IndyCar drivers until the offseason returns in September.

“It’s a big race weekend, the WKA Nationals, and I remember when I did this race in 2007, it was a world championship round, so it has always been big and it’s always been competitive,” Chaves said. “It’s different from IndyCar where it’s business, it’s representing sponsors, and everything you do it about keeping your career going. Here, it was no pressure, just have fun and do well, which makes it a different type of enjoyment. I’m really glad we did it.”