After a few days of excess – excess food, excess drink and pretty much excess everything but exercise – the 27th in my household is usually a day spent starting to organize the mess that has taken over. Sorting out all the new gifts and finding a home for them is one task, as well as clearing out the ridiculous amounts of packaging that you’re left with…

Quite often this exercise leads to some anticipation, thinking about when new presents will be used or money spent in the New Year. And it got me wondering what a few of the current Formula 1 grid could have done with this Christmas if we had to get them one thing for 2018. (Yes, I should get out more).

So I’ve put together a list of the gifts that would have suited some of the drivers this holiday season, which I suspect they didn’t receive because, well, most of them don’t actually exist.

With 5.2million followers on Twitter and even more on Instagram, I’ve got to admit I’m a fan of Lewis sharing so much of his personal life with those interested in seeing it. But that does mean a lot of people are aware when he gets it a little bit wrong (and yes, Lewis fans, sometimes he misjudges things. He’s human).

He had to apologize for a video of his nephew that caused a stir this week, to add to past tweets showing McLaren telemetry, criticizing Jenson Button for unfollowing him after moving to Mercedes (it turned out Jenson never followed him) and calling for Nicholas Prost to be banned for a collision with Nick Heidfeld, but not realizing the incident actually happened three years ago.

As Hamilton does come under a huge amount of scrutiny, I reckon the ability to rewind his social media so that a post never existed in the first place would make his life a whole lot easier. Because the last thing he should do is stop.

As an aside, if anyone can invent this I’d also like one to avoid the amount of times I’ve had to delete and re-post tweets due to typos. You’ve no idea how hard the RACER sub-editors have had to work this year…

Spare a thought for Valtteri this winter, who is going through his second off-season of uncertainty. The life of a multi-millionaire racing driver really is a tough one without job security, as you can’t work out how many six-figure supercars to buy this month.

Bottas did a very good job stepping up to Mercedes at late notice this past year, and at the time of his new contract he had shown good consistency so will probably have been a little disappointed by the lack of commitment from the team when he was only handed a one-year extension. How’s he meant to get a mortgage on an apartment in Brackley without a little more certainty?

It is clear that Seb is going through a mid-life crisis. A few years ago he left his old job – where he had been so successful – and got himself a Ferrari. Then he started getting angry at people when they came remotely close to scratching said Ferrari, and last year road rage finally set in.

Apparently turning 30 can do strange things to people, and there is a lot of Latin passion surrounding Vettel right now. So if looking across at the other side of the garage doesn’t help him stay calm, then a few tips from a professional might be the way to get him through this tough time.

Kimi is actually pretty eloquent when he wants to be, and more often than not he gives full answers during interviews (as long as it’s not a stupid question, or a Friday). But his reputation precedes him and it’s also clear that he really is only interested in driving a Formula 1 car rather than anything else that comes with it. 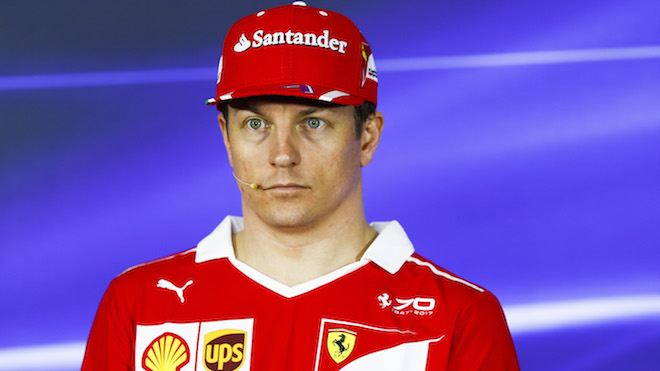 So the perfect present would be a clone of the Finn that the real Kimi could use for all the things he doesn’t really want to do. Like interviews, or sponsor events, or waking up. Come to think of it, maybe he already has one of these and we just don’t know it yet.

Having been with Red Bull throughout his career, Ricciardo has the chance to look at his options with his current contract coming to an end after 2018. He wants to wait until the start of the season to work out which team is going to give him the best chance of success in 2019, assuming he’d get an offer from all of the current top three…

It turns out it’s pretty tricky to predict the future, Daniel – just ask Fernando – so a little something to give him behind-the-scenes access to the work going on in Brackley and Maranello should do the trick.

Fernando Alonso: The keys to the MTC

It has been suggested that Fernando has too much influence at McLaren and gets to do whatever he wants. Well, if it leads to more Indy 500 appearances, Daytona attempts and Le Mans drives, that’s fine by me. Far too many pairs of rose-tinted spectacles are worn in F1, but getting drivers to do what they do best – go racing as often as possible in any and every car – is something that should be encouraged. 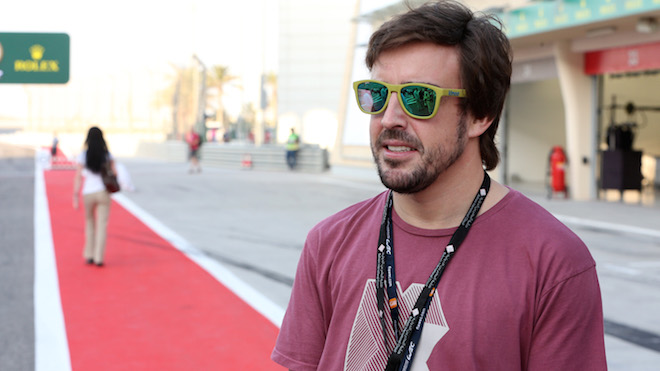 If Alonso could take control of the McLaren Technology Centre (MTC) then he’d be able to allow himself to race in every championship going, and have the whole team dressed in Kimoa to boot.

This one’s pretty self-explanatory. If you want people to stop associating you with family money, you need people to stop associating you with that family at all. Imagine a raw 18-year-old who had dominated F3, struggled in his opening few races and then produced moments like Baku and Monza in his rookie season, but was actually called Dave and was from Battleford, Saskatchewan. He’d have been a hero.

Got any other suggestions? They’re probably better than mine, so fire them in using the comments section and I might even steal them as my own.

Joking aside, I hope you are all having a great holiday season with family and friends, however you are celebrating it. Here’s to a happy and healthy 2018 for everyone!