Hey everyone, it’s been over a month since my last blog and I have an incredible opportunity that I recently experienced and cannot wait to share with you. After my outstanding and extremely enjoyable F4 U.S. Championship Powered by Honda finale at the Formula 1 USGP Circuit of The Americas weekend, I was invited to the world-renowned FIA Prize Giving Ceremony in Versailles, France.

After being invited to the ceremony, I was ecstatic to know I would be joining the stage with some of the best drivers in motorsports this year. It honestly seemed like time couldn’t go any slower the week before my first trip to France. The day finally came! I was landing in Paris just hours before the event so the flight was my only chance to sleep, which was quite difficult since I was so excited. It was actually snowing when we arrived, and as a native South-Floridian, I have only seen snow once before, so that was a little bonus to the trip!

Driving up to the gates of The Palace of Versailles was absolutely amazing. It seemed like the whole palace was made of gold. The red carpet was lined with flickering lanterns and I was greeted at the front doors by men and woman dressed in 16th century period clothes. Once we arrived, we received a private guided tour of the entire palace. I had never seen anything like it; from giant chandeliers throughout the rooms and halls to the massive paintings of every French-fought battle was all incredible. 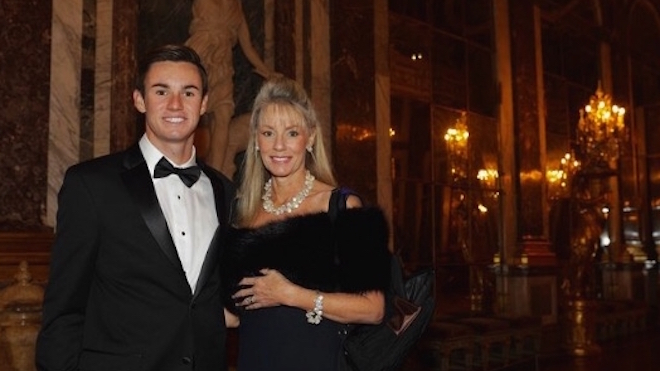 At dinner I had the honor to sit with other F4 champions from throughout the world like Juri Vips, Marcus Armstrong, Christian Lundgaard, Nick Rowe and Charles Leong. While the three-course French meal was top-notch, the best part of the whole dinner was that every FIA champion was sitting in the exact same room, socializing with everyone and telling stories of their years in racing. For me, I was able to go back a couple years with Juri Vips and Marcus Armstrong to our karting days at the Rotax World Finals and SKUSA SuperNationals.

Once we finished the dinner, everyone left for the Opera center for the awards portion of the evening. The junior formula drivers were asked to go straight backstage. After we were informed how the presentation would work, we were able to talk to each other about our season. It was pretty cool to be able to speak with Formula 2 champion Charles Leclerc and Formula 3 standout Lando Norris about their seasons. Both have Formula 1 deals in place for next year!

The F4 champions were second on stage. Since all the junior FIA champions walked out at once, it helped keep me calm. Once I got out under the bright opera-house lights, I don’t think I could have been any happier when I was handed the prestigious year-end FIA F4 award for the United States.

From there, we watched the rest of the FIA champions receive their awards, including Lewis Hamilton, Sebastian Vettel, Valtteri Bottas, Max Verstappen, Charles Leclerc, Brendon Hartley and many other very well known drivers. After the Prize Giving Ceremony concluded, all the champions were asked to rejoin the stage for a group photo. That’s when Lewis Hamilton personally congratulated me on my final race at COTA – that really made me feel apart of the international racing community! 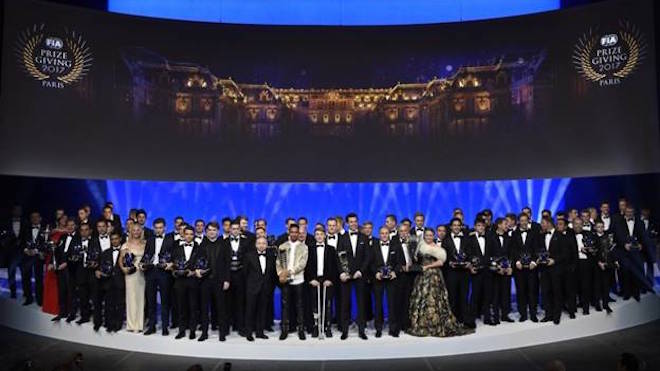 The whole event was very surreal, and I have high hopes that I will be invited back once again in the coming years! A GIANT thanks goes out to the FIA, Nick Craw and the whole ACCUS family, the F4 U.S. Championship powered by Honda, Cape Motorsports and especially my family for making all this a reality!

Merry Christmas everyone and I look forward to sharing with you my plans for 2018 before too long!
Kyle

Michai Stephens blog: Destined from the start. Driven to the end