Guenther Steiner believes the finishing position for Haas this season does not show the progress the team has made in its second year in Formula 1.

Haas impressed during its debut year in 2016, scoring a sixth and a fifth place in the opening two races and going on to end the year in eighth in the constructors championship. Last year’s points tally was 29, and while the team managed to increase that to 47 this year it remained in eighth place, something Steiner feels does not give enough credit to the team’s improvement.

“I think we are better than last year but we cannot show it – we are in the same position with more points,” Steiner said. “Eight points more would make us heroes. If you finish sixth in your second your then your heroes but we are eighth like last year, it’s like we haven’t made any progress – not enough.

“We have made progress and I think the competition – which I think is a good thing and is not meant to be negative – means there is no really bad team anymore here, which is a good thing. It’s very difficult and competitive. How is the feeling? I am happy with the progress, but disappointed that we cannot show that we made it as we are still where we were last year in the championship.”

While Haas entered the final race weekend of the season with a chance of overhauling both Renault and Toro Rosso to finish sixth overall, Steiner (pictured below) says the team’s failure to score a point in Abu Dhabi did not feel like an opportunity missed. 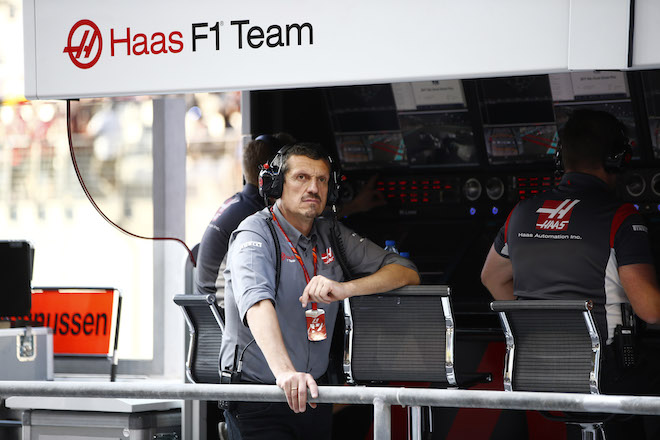 “The good thing is that we did not lose anything. It’s not an excuse but it was a long shot. We tried. We finished 11th and did our best, I think we didn’t do bad, but it wasn’t enough. We knew our chances weren’t big, and it didn’t happen. The season wasn’t wasted.”

Romain Grosjean finished 2017 with 28 points – one fewer than the previous year – while new teammate Kevin Magnussen added a further 18 on his first season with the team. Despite previous requests from Ferrari to run one of its junior drivers, Haas will retain the same driver line-up for 2018.