Of course James Hinchcliffe was going to fall in love with the new LCD steering wheel dash offered by Cosworth as part of IndyCar’s 2018 upgrades to the Dallara DW12 chassis.

“The great thing about the old dash is it was ultra-reliable and everybody knew it and worked with it forever. With the new system, we’re going from Pong to an Xbox One,” he told RACER. “The quality, the functionality, it’s a quantum leap forward.”

The joyful Canadian, always on the lookout for something fun to play with, wasted no time in turning the screen into the world’s fastest image of a beaver riding a goose. And somewhere between searching for memes, .gifs, and .jpgs, the Schmidt Peterson Motorsports driver can also use the Cosworth display to receive more forms of pertinent data from his Honda-powered car than anything its former dash (below), originally fashioned by Cosworth under the Pi Sigma line, could offer. 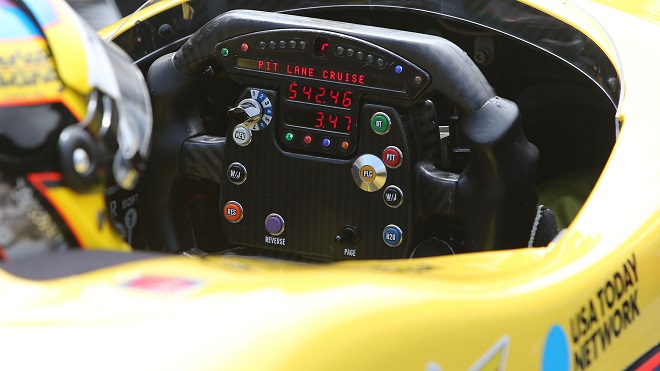 “Until we get going in the races, we won’t even know what all we want to do with it because there are so many new options to play with,” Hinchcliffe added. “With the old dash, it was a lot of small, character-saving acronyms because we’ve never had that big screen to do with as you please, and now, it’s full words and all the colors you want and it’s very easy to read whatever’s on there.

“There’s also more options with automated things that can be programmed to pop up at certain places on the track or if specific parameters have been met. For fans, it’s the going to be a lot clearer to read from the on-board [cameras] so it’s going to help in a lot of ways.” 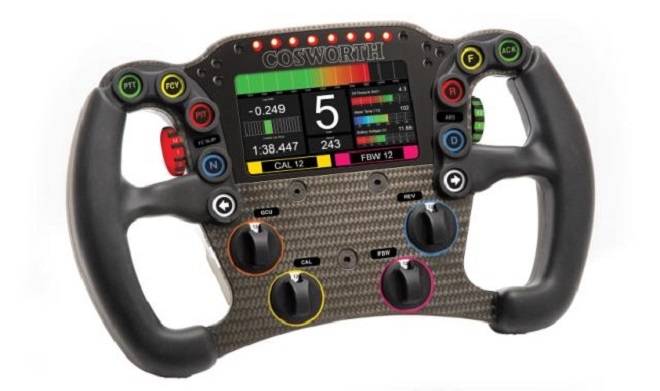 It could also make it easier for teams to watch the same on-board feeds and pick out small details that could be used to their advantage, so don’t be surprised if some code words are used on various LCDs. Through a few brief outings in SPM’s 2018-spec chassis during Honda Manufacturers’ tests, Hinchcliffe has only found one drawback with the new Cosworth dash.

“If I could find one thing the old dash did better, it was very bright, and this one isn’t,” he declared.

The one area where the Sigma dash can’t compete is allowing its drivers to upload mobile phone photos and graphics to suit their moods. Knowing Hinchcliffe and some of the other colorful drivers in the series, look for IndyCar to regulate the type of dash imagery allowed if the customization gets out of hand… 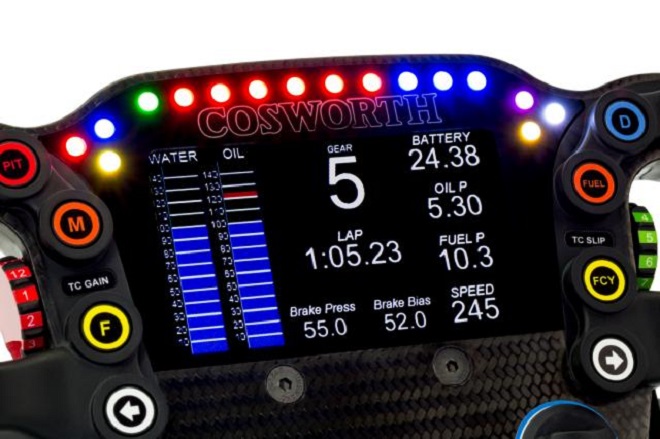 “We haven’t been able to figure out how to upload .gifs quite yet, but we do have a button on the steering wheel where we can upload a series of photos and scroll through them animation-style,” he said. “So there’s going to be some funny things done for sure like having an image pop up when the fueler – Fueler Frank – plugs in, and we’re also talking about giving me the middle finger button that throws up the middle finger on the dash so I don’t have to stick my hand out of the cockpit to do it and keep getting yelled at by [IndyCar race steward] Max Papis.”

Asked if he would consider uploading a picture of himself flipping off Papis, he said “I cannot confirm or deny what it will be…” with a big laugh.

The 2018 IndyCar season looks like it’s going to be a lot of fun to follow from those on-board cameras.