Few questions remain on next year’s full- and part-time IMSA Prototype grid. And from all we’ve learned, the competition in the WeatherTech SportsCar Championship’s marquee category will reach an all-time high as the series embarks on its fourth season.

Take the ongoing growth with IMSA’s Daytona Prototype formula, the surprising spike in WEC P2 prototypes and the wave of guests coming to play at the 36 Hours of Florida, and a grand party is being prepared for endurance racing fans.

It makes running through all the known driver/team/car combos and some of the rumored pairings a worthwhile endeavor with the green flag for Rolex 24 at Daytona set to wave in less than 60 days. A full preview for the expanded Prototype field, including the guests from Europe, will arrive in January.

NOTES: Albuquerque steps in for Fittipaldi, who has moved to a new sporting director and NAEC role with AXR. Nasr fills the void left by Dane Cameron, who departed for Roger Penske’s team. British GT4 champion Stuart Middleton will join the No. 31 entry as the fourth Daytona driver as part of the Sunoco Challenge, which is sponsored by Sonny Whelen, who owns and funds the red and white Cadillac.

NOTES: The biggest addition to the new-look IMSA series since its formation. While both entries are stacked with ridiculous talent, the No. 7 is particularly tantalizing since it features a pair of prototype champions (Cameron, 2016, IMSA Prototype, and Pagenaud, 2010, ALMS Prototype), and Montoya, possibly the greatest all-rounder of his generation, who also owns three Rolex 24 wins.

NOTES: Out with Joel Miller and Tom Long, and in with Tincknell, Jarvis and Rast as Mazda and Joest have removed any questions regarding the veracity of its driver lineup. If speed is lacking, the RT24-P or Balance of Performance limitations will be at fault.

NOTES: An offseason of minimal change can only help the Ed Brown- and Scott Sharp-owned team. Erasing Brendon Hartley to F1 and Bruno Senna from its NAEC roster isn’t necessarily a positive, but replacing them with Pla and Lapierre should be imperceptible to the stopwatch. Senior engineer Kyle Brannan also stepped away from the program for personal reasons, but the team isn’t lacking talent on the timing stand.

NOTES: Losing Ricky Taylor to Acura Team Penske will give the reigning champs a chance to demonstrate the strength of their program in a transition year. Will the wins continue to flow, or will it take time for Jordan Taylor to establish himself as the new team leader? Van der Zande was 2017’s breakout WEC P2 driver in Prototype with Visit Florida Racing, which makes his acquisition a no-brainer, and keeping Hunter-Reay is another smart move by WTR as it looks to maintain stability after a significant driver shakeup. The team made use of four drivers last year at the Rolex 24; will it stick with three or look for one more?

NOTES: As RACER first reported in October, the Troy Flis-owned team has switched from the Ligier JS P217 it leased for the second half of the season to a brand-new Cadillac DPi-V.R. It marks the team’s return to the GM Racing family after a one-year hiatus, and look for it to run under its actual name, Spirit of Daytona, instead of the name of its former primary sponsor.

Although the team has yet to confirm its renewed association with GM or the drivers who will pilot the No. 90 entry, strong rumors have positioned IndyCar and sports car ace Tristan Vautier as its leader in the cockpit.

The names of Richard Antinucci and Eddie Cheever Jr. have also made the rounds as possible candidates to sign with SDR, but with his ties to Lamborghini, Antinucci could be destined for more GTD racing with the Italian brand. A full picture of the team’s plans could be imminent. Flis used Rene Rast in an NAEC role, and I’ve heard there could be interest in using a different DTM driver at the four enduros. 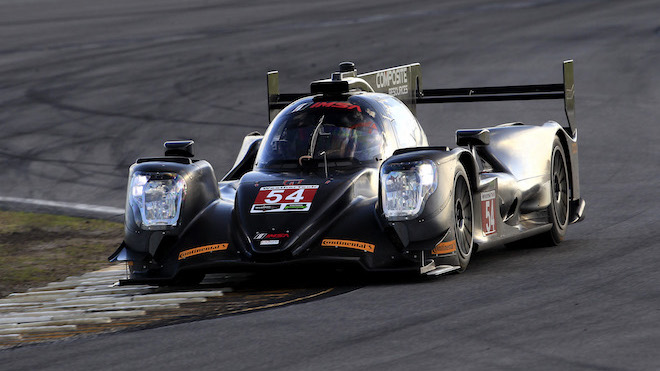 NOTES: Like every WEC P2 entrant, BAR1 has stepped up from the newly defunct IMSA PC class. Team owner Brian Alder, who ran the former Intersport LMP1 ALMS team, is no stranger to top-tier prototypes. PC regulars Don Yount, Tomy Drissi and Gustavo Yacaman tested the No. 20 Mk. 30 at Daytona this week, and as a customer-driven business, more drivers will be tested next week as Alder narrows the list of candidates for Daytona and beyond.

NOTES: Brent O’Neill’s merry band of PC conquers should have Kyle Masson in its new ORECA, and it would be a shame if team veteran James French isn’t part of the program.

NOTES: The Bobby Oergel- and Ray Mathiasen-owned outfit has been rather quiet during the offseason, and it’s unclear whether the California squad will return with its Ligier, switch to another P2 chassis or become a service provider for another program.

NOTES: CORE’s debut with the No. 54 ORECA 07 went as well as they could have hoped at Daytona. Although lap times were not provided by the series, multiple teams reported CORE was one of the fastest cars both days, and with the stellar addition of Dumas and Duval to the team, the Rolex 24 DPi field should be concerned. With Dumas returning for the rest of the NAEC calendar, Bennett and team principal Morgan Brady have formed a nasty little program. 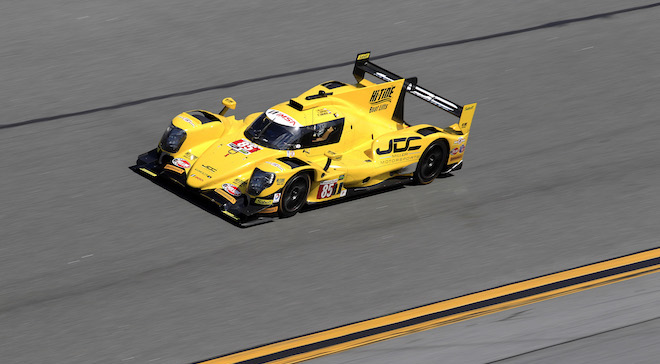 NOTES: 2017’s strongest WEC P2 team will rely on its star performers in the No. 85 to continue their good work, and with Trummer installed in the No. 84, it shouldn’t be hard to attract funded talent to join the WEC graduate. Former PR1 PC and 3GT Lexus driver Robert Alon has tested with the team and would be a better fit for Prototype than he was in GTD. Former IndyCar and WEC driver James Jakes has also been poking around the team as he searches for a new home.

NOTES: The Texas-based team expects to receive its new chassis a week before Christmas. Prototype veteran Kerr has already been announced as one of the Dawson family’s drivers, and more news regarding the team’s plans could be unveiled next week. The use of No. 84, which has been on JDC’s second entry, could also go to D3. If not, No. 23 is the other option.

Throw in the European teams heading to Florida for the start to the IMSA season, and Prototype fans will be hard pressed to keep up with the ridiculous amount of talent destined for the Jan. 5-7 Roar Before the 24 and the Jan. 28-29 Rolex 24 at Daytona.